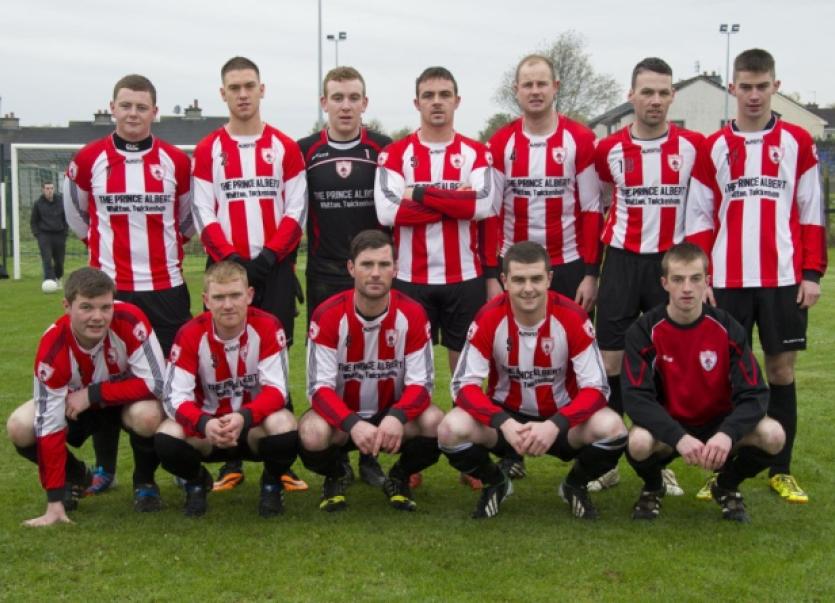 Clonmel Celtic represented the TSDL with aplomb last Sunday as they fought their way through to the final of this year’s Munster League Champions Trophy.

Clonmel Celtic represented the TSDL with aplomb last Sunday as they fought their way through to the final of this year’s Munster League Champions Trophy.

Their opponents were a dogged but also very skilful Tramore side who claimed last year’s Waterford League. Celtic will now face Avenue United of Clare in the decider.

The away team started the stronger on Sunday and gave Celtic an early scare in the fourth minute, as Craig Condon had to clear an effort off the line.

They didn’t seem to learn from this as it took just five more minutes before Tramore got off the mark. The home keeper was adjudged to have impeded an inrushing Sean O’Loughlin, and the resultant penalty was scored by Tramore’s Leigh Quilty.

Clonmel Celtic’s response was instant. Just two minutes later Dwayne Burns showed both blistering pace and monk like composure to beat a number of opposition defenders and drive the ball into the away team’s net.

This heralded a good period from the home side, but they were rocked again in the 24th minute when Tramore retook the lead as Michael Caulfield powered home a header from close in.

In what was becoming a topsy turvy game now, Celtic were back on terms five minutes later, and this time Evan Maguire beat the opposition goalkeeper to the ball and headed home from close range.

The TS&DL champions finally took the lead six minutes before the break when Seanie O’Hara was at the end of an Evan Maguire cross and put his side 3-2 up at the break.

But Tramore were not going to go down easily and levelled this game up for the third time five minutes after the restart. This time O’Loughlin and Quilty reversed the roles of provider and scorer as it was O’Loughlin who headed into the Celtic net.

It was nip and tuck for the next 20 minutes, both sides had chances but it wasn’t until a quarter of an hour before the end, that the home side finally took one of theirs. Kevin Waters who had been excellent all afternoon crossed a beautifully flighted ball and it was nodded home by Maguire to put his side back in front.

Tramore rallied late on, and had a number of chances, but this was the last of the scoring and the home team are now only 90 minutes from what could be an historic victory for the club.