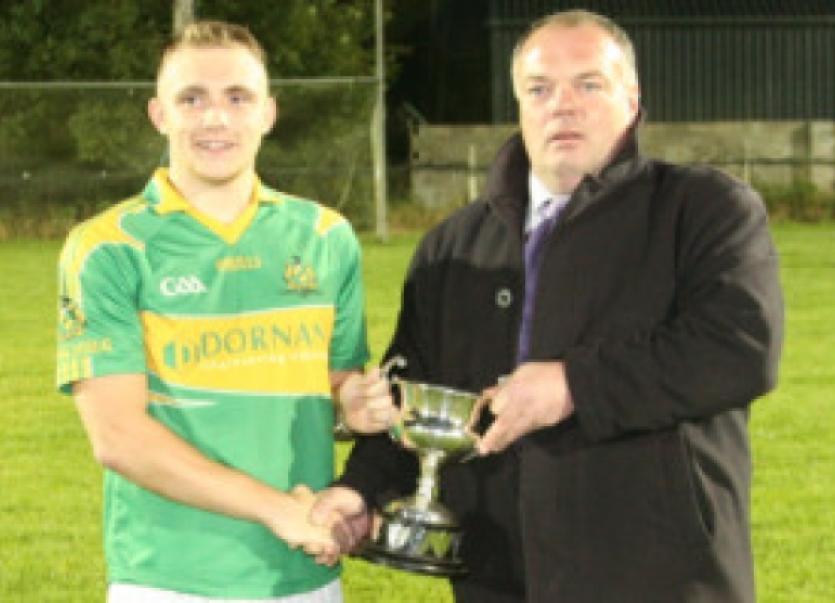 With the result never really in doubt at any stage, Commercials had too much in every sense for Rovers. They were physically stronger, more skillful, had far greater possession over the hour, and the experience of previous success stood to them when Rovers briefly rallied towards the end of the first period.

After 23 minutes of the first half Commercials led 0-7 to 0-1 with the likes of Padraig Looram, Paudie White, Jack Kennedy and Ross Peters dictating matters. In particular Kennedy, who started at full-forward, was proving a good target man and kicked two fine first half points.

Rovers rallied in the run-up to the break and led by captain Luke Boland and the likes of Stephen Quirke and Shane Lonergan reduced the margin to 0-7 to 0-5 at the interval.

But in the second period Commercials took control and two goals from a greatly improving Paudie White and hard-working Michael Nugent saw the town side win comfortably if a little flatteringly by nine points in the end.

Commercials, who played their semi-final nine weeks earlier were in need of this fixture as they go forward in their efforts to make it four county titles in a row.

Fully deserving of their title Commercials had a completely dominant full-back line of Robert Lyons, Liam Ryan and Ross Dennehy. A feature of the game was a brave full-length block by Ryan to deny Ross Mulcahy a first half goal. Kevin Fahey and particularly Padraig Looram pulled all the strings in midfield while in the forwards Ross Peters, Stephen Kelly, Michael Nugent and Paudie White starred under the floodlights.

A younger Rovers, missing three of their first team through injury on the night, gave it their all and contributed to an entertaining final. In defence and under constant pressure Shane Luttrell, Alex Sheehan, Morgan Irwin and Danny Owens worked tirelessly. Luke Boland led like a true captain from midfield while Stephen Quirke, Shane and Craig Lonergan and Ross Mulcahy also stood out.