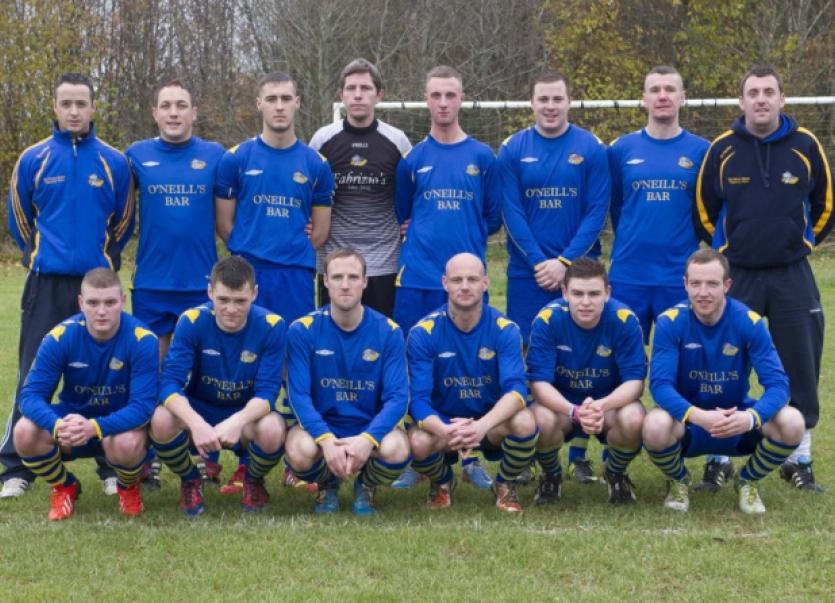 Premier Division champions Clonmel Celtic’s season went from bad to worse on Sunday last with elimination from this year’s Tipperary Cup to an excellent performance from Bansha Celtic.

This was no backs to the wall display from Bansha, as they took the game to their Clonmel opponents and took a deserved lead in the 15th minute, when a good cross from Gary Grogan was slotted home from close range by Darren Stokes.

Clonmel Celtic got themselves back into the game in the 27th minute through Aaron Moroney who calmly found the back of the net from six yards out, but the home side should have retaken the lead but wasted a penalty three minutes later, saved low to the keeper’s right.

On the hour mark Darren Stokes was again on hand to take advantage of some poor defending and beat his opposing centre half to score from ten yards out.

Bansha had to defend for a while after this but apart from a couple of half chances they never looked like conceding again. In the end it was they who created the best chances of the final stages, even having what might have been an insurance goal disallowed before holding on to win the Battle of the Celtics.

Saints reserves advanced here on penalties after coming from behind twice against a very good Killenaule Rovers side. After an even opening period, it was Killenaule’s Andy Hanley who opened the scoring in the 19th minute to put the away side into the lead. However, this lead only lasted three minutes as Brian Glasheen equalised for the Saints with a left foot volley from an Oisin O’Dwyer cross. This was how the game finished in normal time, and in the first period of extra time Glasheen struck again to put the home side in front. With time almost up Davy Noonan drove home a volley from the edge of the box to send the game to spot kicks. The visitors luck finally ran out in the shoot-out as Michaels second team advanced to the next round.