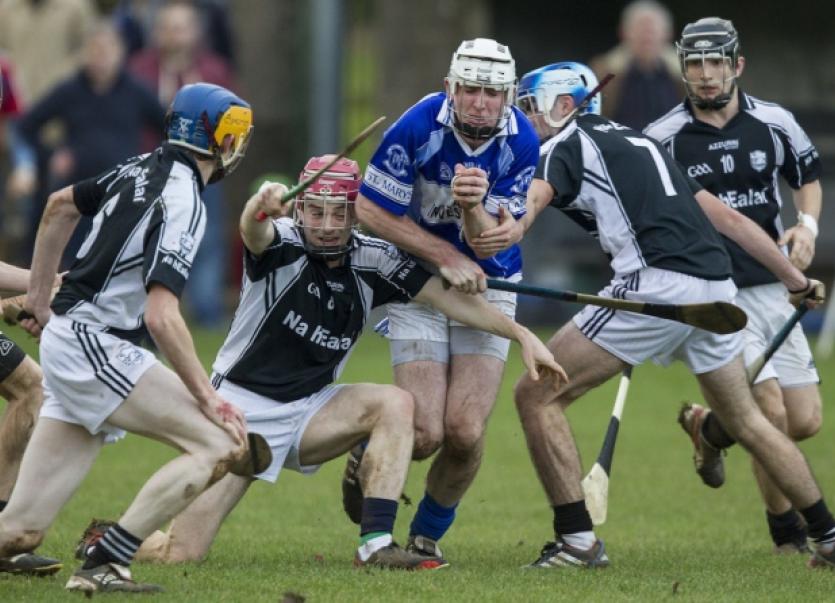 An unpredictable hurling season held its character to the end. A new club with fresh names has entered our lexicon.

An unpredictable hurling season held its character to the end. A new club with fresh names has entered our lexicon.

Mount Leinster Rangers was hardly a household name in the hurling world but after Sunday last it has certainly entered our consciousness.

Beating Ballyboden was notice-grabbing enough but to cap the deed with an historic Leinster title is Roy-of-the-Rovers material.

Mind you I noted one contributor to a social medium site who responded to this column following the Ballyboden game.

In passing I’d suggested that nobody saw that result coming but our friend was quick on the uptake.

He’d seen it coming and what’s more he was adamant that the Carlow side would, as he put it, give ‘Oulart’ their bellyful too.

How right he was.

In a sense Rangers’ win was a victory for old fashioned values.

All the talk nowadays is about tactical nuances and the science of the game so that we sometimes forget that hurling is still a physical battle between two sets of players.

Appetite can on occasion outdo art and this was a perfect illustration of that reality.

If I might risk sounding like Eamon Dunphy (God forbid!) could I suggest that this was a great contest but not a great hurling game.

Five points to three at half time in a match played in near perfect conditions sounded like a poor quality junior ‘B’ football contest.

Some of the Wexford shooting in that half was appalling.

Yet while there may not have been a free-flow of scores this was an engrossing old fashioned tussle. The pack-hunting by Rangers was phenomenal.

‘Oulart’ players in possession must have imagined they were seeing double or treble as opponents massed about them.

And as the contest wore one sensed that this swarming pressure simply zapped the resolve of the Wexford men.

In the end Rangers’ unrelenting pursuit of the prize won the day.

Denis Murphy got the individual credit mainly because of his critical free-taking in such a congested contest. He surely had a challenger for man-of-the-match in centre back Coady.

Their All Ireland semi-final with Loughiel Shamrocks will be both novel and fascinating.

Isn’t there something flaky at the heart of Wexford hurling? On their day they’ll beat the best only then to fall when fancied.

I thought their second half against Kilcormac-Killoughey was the best club hurling of the year yet once more they’ve failed to follow up.

Anyway back to local business and our much-abused U21 championship which is now set for county semis next weekend.

Favourites Sarsfields got through in the Mid; Clonoulty proved unstoppable in the West; and in the South Swans held off Mary’s in the tightest of the weekend finals.

Chronologically the South final was first up on an almost balmy November Saturday at Kilsheelan. And it developed into a dramatic affair with Swans’ goalie, Kieran Lonergan, doing the heroics at the ‘death’, denying Darren Cass what would have been a spectacular winner deep into added time.

That was the climax to a game, which the Carrick side won from the front.

Bill Walsh raced through for an early goal to give the Swans a flying start; he came close to a repeat about midway through the first period but this time shot over the timber.

He was certainly the leading figure in the opening quarter before Seamus Kennedy became more of an influence for Mary’s as the game progressed.

Still Mary’s stayed in the contest and were only three adrift at the interval.

A few long-range frees from Seamus Kennedy, others from Gearoid Buckley and a brace from Jason Lonergan were their mainstay but you sensed that Swans were more fired up for the battle and certainly happier at the interval.

It stayed remarkably tight for the second half with neither side able to land a knock-out blow.

My money was on extra-time as the minutes ticked away. Mary’s missed a few chances to tie it up and then, crucially, Swans’ sub, Evan Hogan, hit a great point from out the left flank that put two between them.

It meant Mary’s had to go for broke on that final attack but Kieran Lonergan stood firm.

Unfortunately there was no such late dramatics in the West decider at Golden on Sunday. By the end Clonoulty had the deal well sealed with a pair of Cashel goals putting a gloss on what was a very comprehensive outcome.

The opening skirmishes were tight enough on another model day for hurling before Paul Hayes dispatched Clonoulty’s opening goal to signpost events that would follow. They had a second before the break, Stephen Quinn getting the credit, and with Conor Hammersley coming strongly into the game Clonoulty were well in control by half time, leading by eleven at that juncture.

By the three-quarter stage it had all gone pear-shaped for Cashel. An emphatic finish by Sean Maher gave Clonoulty their third goal as the gap stretched out to seventeen points, Conor Hammersley still the main point-shooter. To Cashel’s credit they kept up the battle and won the final quarter by 2-1 to 0-2, Jonathan Grogan and a Dylan Fitzell free supplying the goals. But it was very much damage limitation.

Clonoulty looked strong with a lot of useful hurlers throughout but they now face their biggest test against Sarsfields. The county U21 title has proven elusive for the West club in the past and they’ll be outsiders against the reigning champions at Holycross on Sunday. Still they looked in good nick last week and are well placed to have a go.

The other semi brings Kilruane and Swans together at Templemore in a clashing fixture. Was a double bill not considered, perhaps for the Stadium? I know it will be argued that you’re gambling on the weather but given recent conditions I thought it might be worth the risk. Genuine followers would like to see both contests. Anyway the North side will be fancied to shoot down the Swans.

Meanwhile on Saturday Eamonn O’Shea (inset) takes his charges back into action with a challenge game at the Ragg against Laois. I assume this will be an opportunity for some of the fringe players to see action. There’s a very large extended unit in winter training at present so this gives scope for some viewing. Hopefully the weather holds up.