Tipp to prevail if Cork performance can be repeated 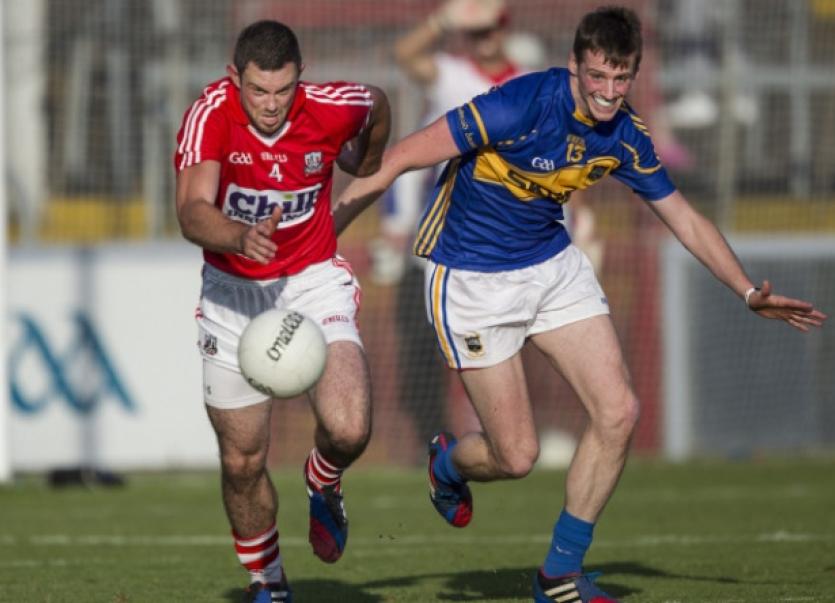 Tipperary senior footballers are quickly back in to action this Saturday evening when they take on Longford in Round 2 of the qualifiers.

Tipperary senior footballers are quickly back in to action this Saturday evening when they take on Longford in Round 2 of the qualifiers.

With home advantage at Semple Stadium, Tipperary will be hoping to get back to winning ways following their gallant performance against Cork in Páirc Uí Chaoimh on Saturday week last in the Munster semi-final.

On that occasion Peter Creedon’s side came agonisingly close to causing the football upset of the decade. Agonizingly Cork kicked four late points to win 0-16 to 1-11 and deny Tipperary a famous victory.

Prior to the Cork game Tipperary had recorded their first championship win in 11 years with a four points win over Limerick at the Gaelic Grounds on 31st May.

While Tipperary will be fired up with belief following these two latest performances, their opponents Longford will travel to Thurles full of confidence also. The midlanders were somewhat unlucky to lose to Wexford first time out in the Leinster championship but put that disappointment behind them in their next outing.

Two weeks ago they travelled to Derry to play the Ulster side on their home patch and returned with a major scalp. Considering just weeks earlier the same Derry side had contested a Division 1 National Football League final against Dublin, the win in Derry was a major morale-boosting win for Jack Sheedy’s side.

In the immediate aftermath of Tipp’s loss to Cork, manager, Peter Creedon, was concerned as to how such an heroic effort would impact on his side. It has been a long season since last November for Tipperary with a lot of mileage on the clock including promotion to Division 3 and a Division 4 final win in Croke Park.

But Tipp seem to have rallied in the two weeks since the Leeside letdown and according to trainer/selector, Michael O’Loughlin the spirit in the camp is good.

“The form is very good.The players now realise they can perform at the highest level.There is a huge hunger for similar type games and Longford will provide that on Saturday.

“We had a recovery session on the Sunday morning after Cork game and continued our regular training routine since. We also played a very competitive A v B game on Sunday morning last in Semple and we will train as normal this week,” he added.

When asked would it be a problem getting the players going again from a motivational point of view. Surely they got belief from running Cork so close?

“We see the qualifiers as a new competition. This is a big challenge for us but the players are looking forward to it. Longford had a huge win in Derry, against a Division 1 team, and they wouldn’t fear us,” he said.

“They have four very good forwards in Barden, Quinn, McCormack and Kavanagh and coming to Thurles won’t bother them at all.”

“But we are looking forward to playing at home in Semple Stadium, our first championship game at home in two years. There will be a buzz to it and we usually respond well to that. Hopefully the home supporters will come in early to get behind us,” Michael said.

Tipperary are hoping to be able to field a full strength team for Saturday night. According to O’Louglin there are still “a few niggles but everyone should be fit to play.”

The big question therefore this week amongst Tipperary football supporters will be can Tipp get to that same level of performance as they produced against ‘The Rebels’ on Saturday week last.

If they can they have an excellent chance of progressing and the prize would be a fixture against the winners of one the other three qualifying games (1) Laois v Wexford; (2) Wicklow v Sligo; (3) Limerick v Antrim (with the one twist being Tipp cannot play Limerick should the Shannonsiders defeat Antrim).

The performance fromNo. 1 to No. 9 against Cork was magnificent with the Tipp rearguard holding a star-studded Cork starting inside forward line to just 0-1 from play. A repeat of that intensity against the Leinster side would be a huge foundation for Tipperary to win.

Of some concern to Peter Creedon though will be the wide count from the Cork game, especially in the second half when Tipp kicked nine decent chances of points wide. Tipp’s inside forward line manged just 1-2 from play against Cork and the same against Limerick. This will have to be improved upon greatly if Tipp are to trouble Longford on Saturday.

No doubt the management will be aware of this and hopefully such profligacy will not be repeated. If Tipp can reach the pitch of the Cork game and then make better use of their possession they should be good enough to shade it on Saturday evening. Throw-in at Semple Stadium is at 4.45 pm.