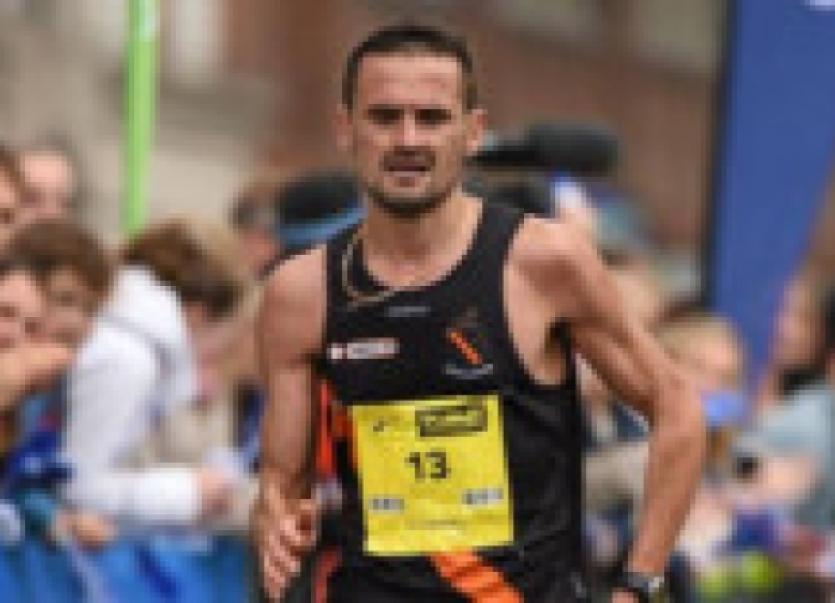 He can be seen pounding the roads in and around Clonmel but in two years time he hopes to be running around the streets of Rio de Janeiro at the Olympic Games.

He can be seen pounding the roads in and around Clonmel but in two years time he hopes to be running around the streets of Rio de Janeiro at the Olympic Games.

Moldovan national Sergiu Ciobanu did his prospects of qualifying for the marathon at the 2016 Olympics no harm when he finished fifth in last month’s Dublin Marathon.

He completed the course in a time of 2 hours and 21 minutes and his incredible run saw him finish ahead of several highly-rated runners from Africa and eastern Europe, including Russia. He was the first Irish-based finisher in the race, a distinction that he also achieved in 2009 and 2010, and a title previously won by athletes of the calibre of Jerry Kiernan and Dick Hooper.

31 year-old Sergiu came to Ireland several years ago and lived in Cahir before moving to Clonmel last year, where he lives in Silversprings. He is in the final stages of qualifying for Irish citizenship.

He completed a course in massage and physical therapy at the Irish Institute of Physical Therapy in Cork and for the last year has been studying for his diploma, as he continues to work towards his goal of establishing a business locally in physical therapy and massage.

Sergiu represented Moldova in the World Athletic Championships last year but hopes to represent Ireland at the Rio Olympics.

If his ambition of competing at the Olympic Games is to be achieved then he’ll probably need to improve on his personal best time for the marathon.

He achieved that landmark when he ran 2 hours, 15 minutes and 26 seconds for the distance in Rotterdam a couple of years ago, a run that saw him miss out on qualification for the London Olympics by 26 seconds.

He will start his Olympics campaign in the New Year and is exploring the possibility of some warm weather training in the winter months and altitude training, which he believes would be particularly beneficial.

Sergiu runs in the colours of the Clonliffe Harriers club based in Santry, Dublin, as well as coaching athletes in Clonmel and Fermoy.

He will compete in the Irish cross-country championships in Dundalk on Sunday and is also considering a run in Clonmel AC’s four mile race on St. Stephen’s Day.