Defeat sends Fethard a step closer to the drop 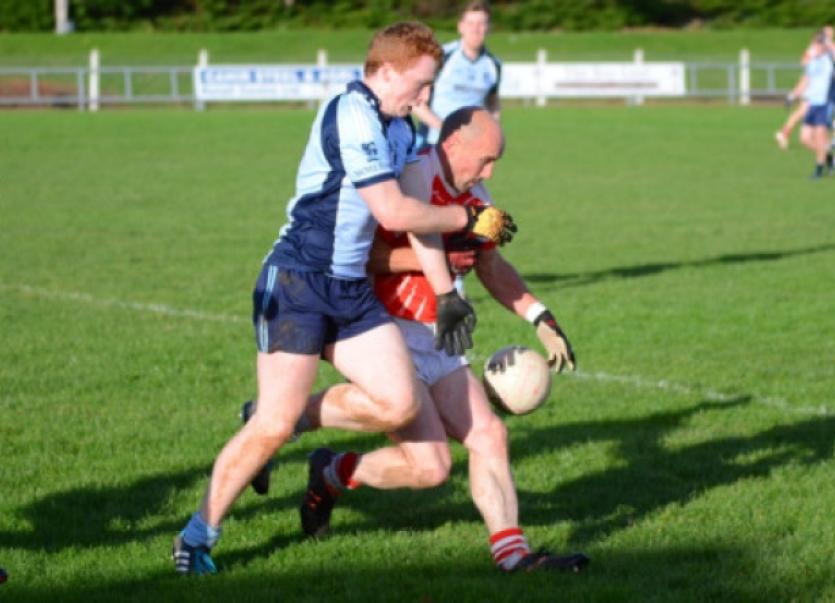 Clonmel Óg had a point to spare over Fethard in the Clean Ireland Recycling County Senior Football Championship relegation battle at Killenaule on Saturday afternoon.

Clonmel Óg had a point to spare over Fethard in the Clean Ireland Recycling County Senior Football Championship relegation battle at Killenaule on Saturday afternoon.

Fethard, the holders of a record 21 County Senior Championships, the last of which was won in 2001, now seem destined to compete in the Intermediate ranks next season.

With two teams from the three remaining facing relegation, Fethard must beat Moycarkey/Borris next weekend to keep their slim hopes of staying in the senior ranks alive.

However if Moycarkey/Borris lose to Clonmel Og in the next game then they and Fethard will be relegated.

Playing with the elements in the first half, Clonmel Óg dominated and were four points ahead at the break.

Fethard managed just two points in the opening thirty minutes as they struggled in many areas of the field. Clonmel Og’s Johnny Cagney and Shane Kearney were on top in the middle of the field while Dwayne Burns was a constant threat in the forwards.

While Fethard were outplayed in the opening half this proud club were not about to bow out of the senior ranks tamely, and the players can be truly proud of their efforts as they battled back with the breeze in their backs in the second half.

The loss of centrefielder Jamie McCormack to a black card in the opening minutes of the second half was a blow to Fethard but their resolve was strong and they played some good football and took control of the game.

The sides were level as the game entered the final quarter as Fethard battled bravely. Four unanswered points from the boot of Karl Maher in the opening 14 minutes levelled matters and produced a tense final quarter.

A Conor Arrigan goal for Clonmel Og in the 18th minute gave them a huge lift and rattled Fethard. The Fethard team again displayed grit and resolve and their reply was swift.

Veteran Michael Spillane was introduced as a sub by Fethard and he set up Ronan Fitzgerald, who had come on for Jamie McCormack, for a Fethard goal to level matters again. Points from Brian Healy and Karl Maher sent Fethard into a two-point lead with eight minutes remaining and it was the turn of Clonmel Óg to dig deep.

The Clonmel team were reduced to fourteen men when Johnny Cagney was sent off for a second yellow card. With the game entering the final five minutes a mistake in the Fethard defence was pounced on by Dwayne Burns and he unleashed an unstoppable shot to the Fethard net.

There were chances for Fethard in the closing minutes but they failed to take them and Clonmel Óg held on.

Over the hour Clonmel Og were the better side and they did most of the damage in the opening twenty minutes. The Clonmel side have taken a major stride towards remaining in senior football next year while Fethard, who were founded in 1887 and have been a leading light in Gaelic football in the county ever since, could well be facing a term in the Intermediate ranks and a rebuilding process.