Bord na nOg - all the latest from County, West and South Tipperary 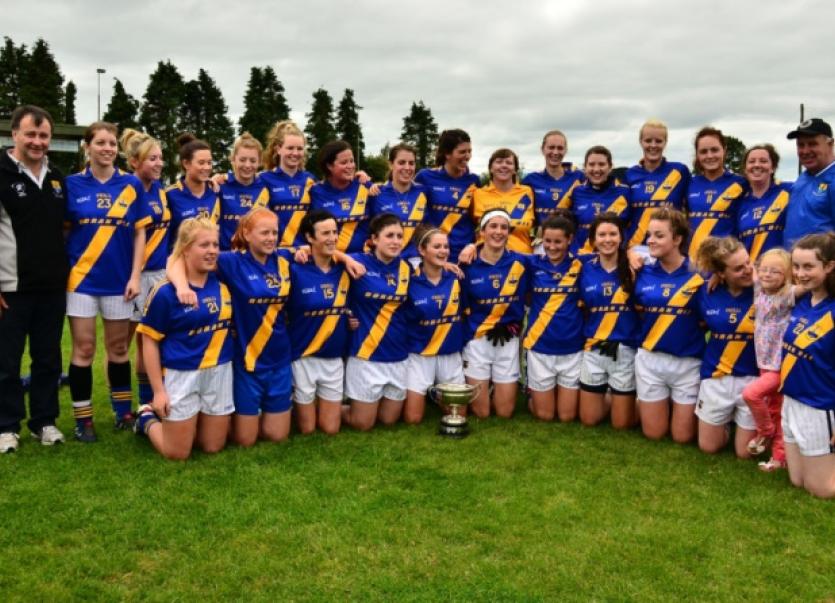 U 16 Hurling. We annually host the U 16 Inter County hurling tournaments and this year our games are being played within the South division.

Resulting from a ruling from Croke Park our tournament has to come to finality on Saturday, thereby putting added pressure on both participants and organisers alike.

The format this year will be three groups of four teams. Tipperary are drawn in group 3 with the league round games in Cahir accompanied by Galway, Antrim and Laois. Our first outing is against Galway at 10.30am, against Antrim at 12.15pm and against Laois at 2pm. The group winners versus the winners of group 1 which has Cork, Dublin Clare and Waterford fighting for the honours.

If we come second we contest the shield final and this is scheduled for St.Marys pitch.

Our U 16 B tournament consists of two groups of three teams. Tipperary is in group 1 accompanied by Clare and Kilkenny with the games played in Ballylooby. The group 2 games are in Fr. Sheehys pitch with Galway, Wexford and Cork providing the action. The winners of both groups contest the final in Ballylooby at 3pm

Our U 15 hurlers travel down to Mallow for the Carrighdhun tournament which is hosted annually by Cork Rebel Og.

Tipperary is out against Clare at 10.30am and at 11.45am face Limerick. The winners participate in the Cup at 2.45pm while the runner up plays the Shield Final at 2.30pm

Our U 14 team travel to Waterford with their first game at 10.50am against Offaly in St Saviours and at 12.30pm play Galway with the winners contesting the semi final at 3.50pm.

Pride of place this week goes to the U12 hurlers of Knockavilla Kickhams, Arravale Rvs and Clonoulty/Rossmore who on Saturday last made it a complete winning sweep of all three hurling County titles down for decision with victories at U12A, U12B and in the U12D grade.

Holycross was the venue for the U12A and U12B deciders and here Knockavilla Kickhams having collected the U12A Football Co. title earlier in the year completed the double with a hard earned three point victory over Mid Tipp champions Moycarkey Borris.

With Moycarkey having enjoyed the best of the first half exchanges,Kickhams led by Devon Ryan playing a captain’s part produced a terrific second half performance to see off their opponents in fighting back from six points in arrears, turning the deficit right around with some superb shooting into a three point margin victory.

On the mark for the Kickhams included Devon Ryan with two first half points and 2-3 in the second half, Ben Ryan with a first half goal and 1-1 by Joe Fitzgerald all combined to complete an historic football and hurling double of county titles for the club

In the U12B Co. final a last minute 65 by Jonathan Ryan clinched victory for Arravale Rvs by the minimum margin over a Boherlahan Dualla side who were left devastated at the final whistle.

With the Mid Tipp side comfortably ahead at the break 1-3 to 0-1, Arravale Rvs upped their game in the second half and driven on by a superb Brian Roche at midfield and keeping their unbeaten run intact, went on to produce the crucial scores to land the U12B Hurling Co. title silverware.

Niall Sharpe was on target with two goals, team captain Jonathan Ryan 1-3, Adam Dunne with 1-1 and whose levelling goal late in the game proved a real killer blow to Boherlahan paving the way for Jonathan Ryans winning point.

In the U12D Co. Final played in Golden, West Tipp champions Clonoulty/Rossmore leading from start to finish had to survive a late rally by Carrick Davins before finally emerging winners by a single point on a score line of 3-5 to 3-4.

With Clonoulty having built up an eight point lead at the break the inevitable fight back by the Davins was always on the cards and they didn’t disappoint their supporters as they clawed their way back but the half time deficit proved a bridge too far and despite a last minute goal bringing the arrears down to the minimum, Clonoulty weren’t to be denied and in a welter of excitement held on for victory.

In the U12C Hurling Championship which has yet to be decided Knockavilla Kickhams are due to play the North Tipp champions Burgess in their deferred Co. Semi Final this Tuesday evening August 27th. (Full details unavailable at time of writing)

In the U/14 Tournament the South have 6 players involved in both panels from Mullinahone, Killenaule, Ballingarry, Clerihan and Ballyneale. The As will be meeting Offaly and Galway in their group with the venue St Saviours in Waterford. In the Bs the venue will be Walsh Park and they will meet Cork and Kerry. We wish the best of luck to this group and to their mentors.

In the U/15 Tournament the South have 16 players represented in both panels from Clonmel Og, Kilsheelan-Kilcash, St Mary’s, Killenaule, Fr Sheehys, Davins, Cahir, Ballingarry, Mullinahone, Carrick Swan and Ballybacon. The As will be travelling to Cork to the Carrigdunn Tournament and their venue will be in Ballygarvan. The Bs will be visitors to Clare and will play in Clarecastle. Wishing all involved the very best in both venues.

In the U/16 Tipperary Supporters Club Tournament 15 South players are involved in both panels, again there is a cross section of clubs involved: St Marys’s, Moyle Rovers, St Patricks, Kilsheelan-Kilcash, Ballybacon, Ballingarry and Carrick Swan. This year the South are hosts and our As will be in Cahir and will be up against Antrim, Galway and Laois. The Final of this Tournament will be held in the GAA Grounds Western Road at 5.15pm on August 31. The B panel will be in Ballylooby on the day and will be up against Clare, Kilkenny and Kerry. The B Final will also be held in Ballylooby at 3pm. We again wish all mentors of this group the very best. So please come along and give these boys your support at some of the venues mentioned.