County management merry-go-round has caused some unease and debate 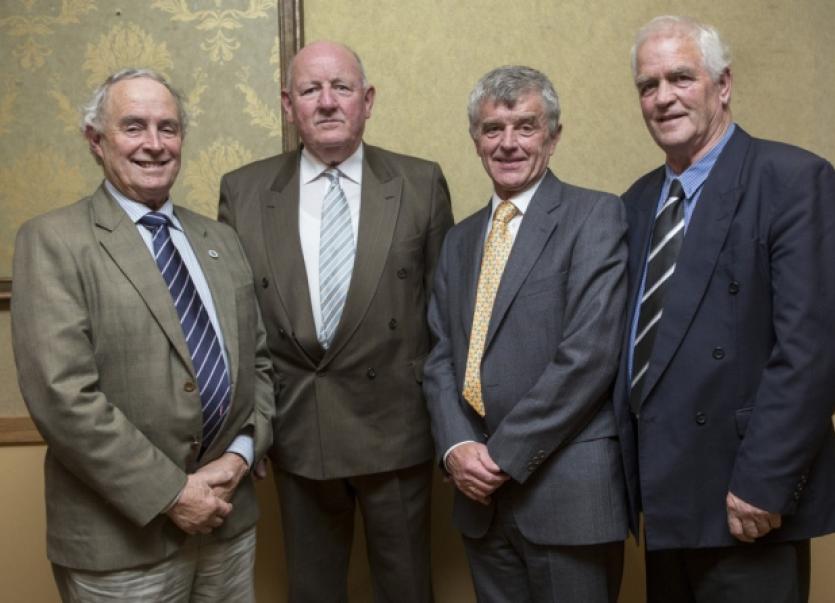 The weather may be turning wintry but it’s still high season for club activity.

The weather may be turning wintry but it’s still high season for club activity.

Loughmore and Castleiney have certainly enjoyed their autumn, capping it all off last Sunday with that remarkable double.

The rest of the county could only stand and admire.

And they’re not finished yet. They may rate as distant outsiders when they travel to the Kingdom to face Dr. Crokes on Sunday week but I can’t imagine them rolling over too tamely against anyone - even the ‘Gooch’ and company. What a pity they haven’t a home fixture.

For others too there have been season climaxes. Despite the nasty weather on Saturday last Cashel hosted an engaging county junior hurling decider where Moycarkey just about edged out the Western Kickhams.

Okay, so the critics will say that it was rugged junior standard played in poor conditions but I’ll always applaud two wholehearted, honest sides going hip to hip in full blooded pursuit of honours – especially when the issue remains in doubt to the end.

Moycarkey shaded this one by two points and, putting aside my own bias here, I have to accept that they just about deserved it. There was a greater economy about their score-getting as exemplified by Pat Ralph who by my calculation hit 1-11 of their 2-15 total. That was quality shooting on a day of big wind. Kickhams faced the elements in the first half and could be quite happy at the turnover when they trailed by just five, 1-10 to 1-5. Soccer player, Paul Breen, played as an extra defender in that spell and cleared an amount of ball, though unable to prevent Phil Kelly from hitting a crucial goal for the Mid side. At one stage it looked as if the Moycarkey lead would stretch out to uncatchable proportions but a fine goal by Kickhams’ Peter Comerford halted that trend. Lively work by corner forward Brendan Ryan was also a feature for the West side that were well placed at half time. But of course the wind will win nothing for you if you don’t use it. Perhaps too often in the second half Kickhams tried to work the ball close to goal when outfield shooting might have been more profitable. Shane Morrissey did hit a few useful scores from distance but they were always chasing the game and could never nudge ahead.

Paul Breen was now operating in attack for Kickhams and he seemed to get the touch for a crucial goal. The lead came back to a single point but then Moycarkey got a vital break when awarded a ‘penalty’. They gambled by going for goal and Pat Ralph’s shot had just enough ‘sting’ to go in off the sticks of the defenders. Ultimately it would prove a match winner.

Kickhams kept up the struggle but Moycarkey now had Phil Kelly back defending and in the absence of scores from outfield all assaults by Kickhams were rebuffed by a sturdy Moycarkey defence. It’s a disappointing one for the West champions who were seeking a first-ever for the club in this grade. After coming through successive draws in previous rounds they certainly made a bold bid for glory, one that fell just short. For Moycarkey it’s a first since 1954. Overall it was a game of commendable endeavour, one very sensibly refereed by Johnny McDonnell.

As we head into the winter months the championship season may be coming near a close but there’s plenty of background activity as plans are put in place for the new year. The appointments of Brendan Maher and Noel McGrath as captain and vice-captain of the seniors was a nod to the future. The county panel at present is obviously very fluid with a dozen or so players being invited in for winter training. So far Brendan Cummins is the only one to jump ship though attention will obviously focus on others as the winter progresses. Indeed there are also four or five players who had drifted to the edge of the panel last summer and may not be part of the 2014 plans.

One confirmed addition to Eamon O’Shea’s team next year is that of former sprinter, Gary Ryan, who will take charge of the physical training. However, contrary to reports I’m told Eddie Enright is not part of the manager’s scheme for 2014.

There’s much public interest in the new names being recruited by Eamon O’Shea and while no official list is being released that ever-productive grapevine has been active. Inevitably the U21 panel of 2013 is the main recruiting ground and it’s interesting to note the names that have been invited on board from that group. From the defensive end you have Cathal Barrett (Holycross), Michael Breen (Ballina) and Seamus Kennedy (Clonmel), as well as Loughmore’s John Meagher who missed most of the U21 campaign and was part of the senior panel earlier in the year. From the attack then you have Niall O’Meara (Kilruane) and Liam McGrath (Loughmore) as well as other panellists such as Tadhg Gallagher (Kildangan), Conor Kenny (Borrisoleigh), Ronan Maher (Padraic’s brother) and Colin O’Riordan (Brackens). Some of these were late inclusions on the U21 panel and only featured as substitutes. Looking at some of the names one can’t avoid the feeling that the dual-code issue could become contentious. There’s a sole West representative in Cappawhite’s Tom Treacy who certainly attracted notice in the All Ireland intermediate final. Ballina’s prominence this year sees Steven O’Brien earn promotion while Nenagh’s Paddy Murphy is also on the list as is James Logue (Ballingarry), which is interesting given the retirement of Brendan Cummins. I’m sure there are others too who have escaped my attention.

Finally the appointment of new management groups for underage teams has stirred debate with some recent announcements. TJ Connolly, after serving his apprenticeship under Ken Hogan, takes over the attractive U21 job. It was assumed William Maher would step up from minor but for some reason that hasn’t happened. The Cashel man will be assisted by Ken Dunne, Toomevara; Niall Curran, Mullinahone; and Loughmore’s Noel Morris. In the wake of that decision William Maher has since joined Derek McGrath’s management team in Waterford, which certainly seems like a loss to Tipperary. Liam Cahill takes over the minor job but his aides have yet to be finalised. Michael Ryan and his double-winning All Ireland intermediate management team has stepped down. It would certainly be hard to see any merit in they staying on after retaining the title. There’s a report that they were interested in moving to U21 but again that wasn’t facilitated. Overall I’ve rarely heard such public unease over management appointments, which doesn’t bode well at a time when we need very stable background structures. As ever time will be revealing.