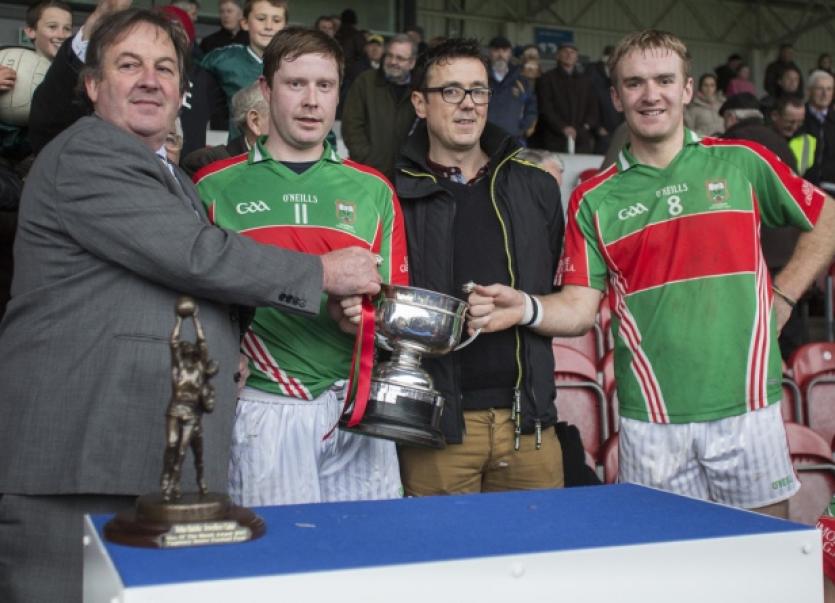 “They really drove on from there and they really used that as an inspiration to drive them on. It was an extra force behind them”, he said.

Manager Laffan agreed that the the senior hurling and football double was some achievement.

“Lots of great teams, even from our own club, have tried before and gone close. We’re the ones that achieved it and it feels really special. It might take a few days to sink in. I’m sure we’ll treasure it”.

Next on the list for Loughmore is a daunting trip to Kerry to play Dr. Crokes in the Munster Club Championship semi-final the weekend after next.

Hats off to the players, they’re an unreal bunch. We’re lucky enough in the club to have a bunch of players who are willing to die on the field for that jersey”.

As someone had said their season wouldn’t be deemed a success by winning divisional finals, after they lost the Mid finals in hurling and football. “It would be deemed a success by winning a county final and we’ve managed to win two. I wouldn’t say fitness won out in the end, although we are a super-fit team this year. We were going as hard in the last couple of minutes as we were at the start. You can be as fit as you like but if you don’t have ability it doesn’t matter. We have both this year, thank God”.