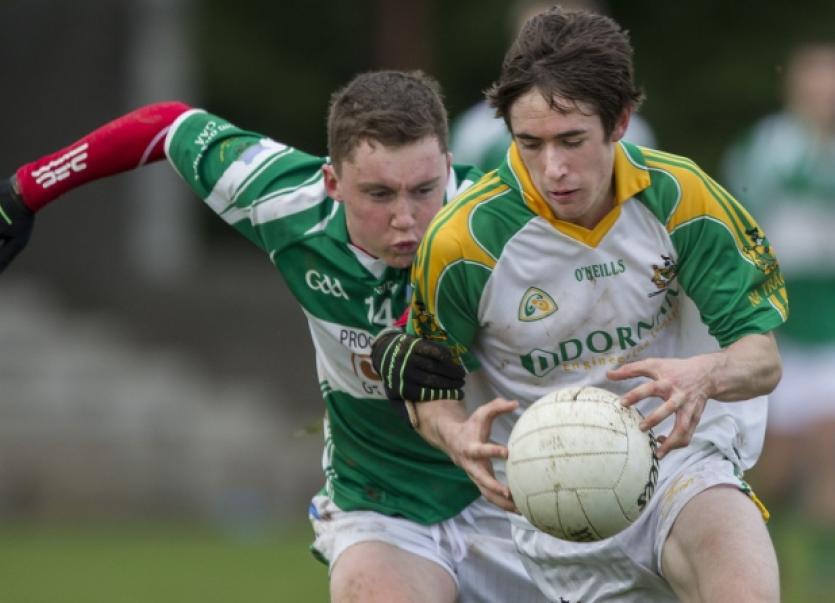 Unbeaten at this grade since 2009 the Clonmel side never looked like losing this game either. Once Commercials had settled into their stride after a slow opening, the result was never really in doubt. Their overall strength and experience proved too much in the end for an up-and-coming Mid Tipp side who can take many positives, even in defeat, from Sunday’s decider.

Jamie Bergin kicked the first point of the game in the fourth minute and it took Commercials all of 10 minutes to open their own account when Padraig White pointed a free after being taken down himself.

Drom/Inch levelled affairs, at 0-2 apiece, in the 12th minute when corner-forward Mikey Connors pointed from a free.

The remainder of the first half, however, was very much all Commercials, certainly on the scoreboard, with the champions adding 1-3 to no reply.

Points in quick succession between the 13th and 16th minutes from Stephen Kelly, Jack Kennedy, Padraic Looram and Padraig White (free) had Clonmel Commercials four clear before disaster struck for the Mid champions.

Stephen Kelly, who had an excellent game overall, attempted a long range point which came down off the upright and there was Michael Nugent to react quickest and blast past the Drom goalkeeper and captain, Rory O’Dwyer.

Football aside, in the run-up to the break a couple of skirmishes developed in the middle of the park and Paddy Russell, following consultation with his six officials, issued four yellow cards which seemingly put paid to any further episodes for the remainder of the final.

Commercials began the second half as if they owned possession and by the 40th minute had stretched their seven points half-time advantage to nine, 1-9 to 0-3.

Half-back Richie Gunne re-opened the second period with a point after 40 seconds followed by two from Looram whose pace and workrate were causing serious problems for Drom. Jamie Bergin kicked a nice point in between for the young Mid challengers which incidentally was their first score in all of 29 minutes.

The Ragg boys staged a mini-comeback midway through the second half. Brendan Larkin pointed a free after being fouled going through and shortly afterwards Paul Kennedy blazed an effort at goal which Jake  McDonald saved only for the ever-alert Jamie Bergin to blast home the rebound.

The short answer was an emphatic NO.

Commercials quickly re-focused and moved up a gear. Padraig White was coming more and more into the game and his incisive running at the opponent’s defence was forcing frees, two more of which he converted himself. In between Stephen Kelly tagged on another nice point for Clonmel.

Well done to the champions on completing a four in-a-row and they now go forward to represent the county in the Munster series. Padraic Looram was excellent as a playmaker and point-scorer from centre-forward while others to excel were Padraig White and Stephen Kelly. Kevin Fahey did immense work at midfield and played a captain’s part in the victory, while Ross Peters and Michael Connolly too had their moments.

A young Drom/Inch side with no less than seven of their side under 16 years of age will take much from this final once the disappointment of defeat wanes. Michael Campion, Thomas Nolan and Jamie Bergin were excellent and others to do well were Colm Kinane, Kevin Aherne, Paul Kennedy, Robbie Young and captain Rory O’Dwyer who made a brilliant save in the second half from Shane Moloney,