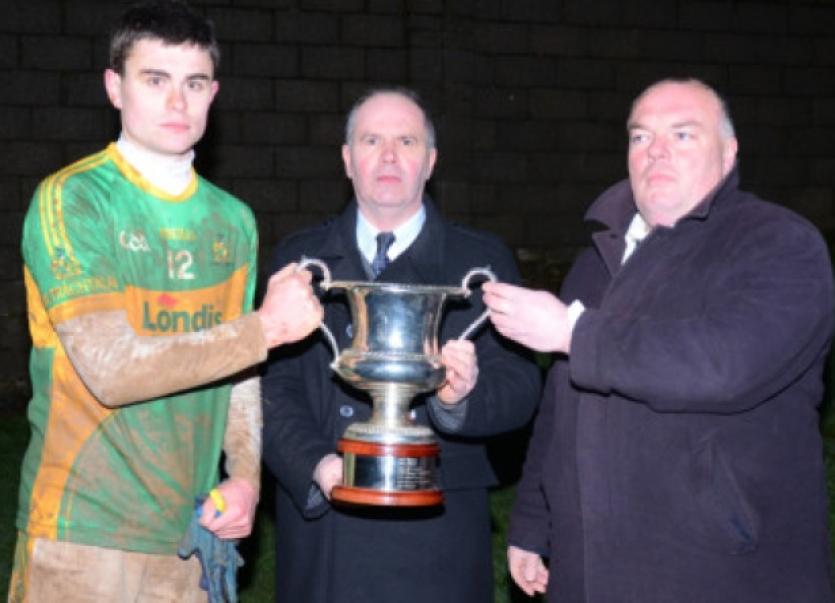 Clonmel Commercials claimed their 14th South Under 21 championship by virtue of an 11-point win on a heavily waterlogged pitch on Friday night last.

Clonmel Commercials claimed their 14th South Under 21 championship by virtue of an 11-point win on a heavily waterlogged pitch on Friday night last.

The Sean O’Donoghue Motor Factors-sponsored championship came to a conclusion at Newcastle, as Commercials justified their favourites tag against a Ballyporeen side that battled bravely - despite the final scoreline, they were in this game right until the final quarter.

Points from Brian Walsh and Padraig Looram were added to with a brace from the excellent Ian Fahey and White’s second of the game put Commercials in a commanding position.

Ballyporeen had the next two points, one each from Tommy Sweeney and their best player John Martin, to reduce the margin to four in the 22nd minute. There was drama in the 18th minute when an innocuous-looking challenge by Commercials’ wing back Padraig Looram resulted in a second yellow card, which saw the player sent to the line and his team reduced to fourteen men. An exchange of points before the break maintained the four-point margin as the sides went to the break.

Commercials added two points to leave the score at nine points to three after ten minutes of the second half. As players began to tire early in the very heavy conditions it was clear that Commercials’ strength in depth would be a huge help.

Although Seamus Kennedy and Colman Kennedy were not among the panel they did introduce subs in the second half that contributed well to the win. Chief among them was Jack Kennedy, who chipped in with a point and his general play was very good for the time he was on the field. Ballyporeen continued to play open football and are to be credited for the manner in which they battled against the odds throughout.

A goal in the dying minutes from Paudie White put a gloss on the final score. In the end, though, there was no denying the superiority of this Commercials side that can boast some of the county’s most talented young players in its ranks.

Liam Ryan and Robbie Lyons were strong in the backline all evening while Michael Quinlivan and Brian Walsh won the battle at centre field. Ian Fahey was superb on the forty while Paudie White ended the game with a goal and four points.