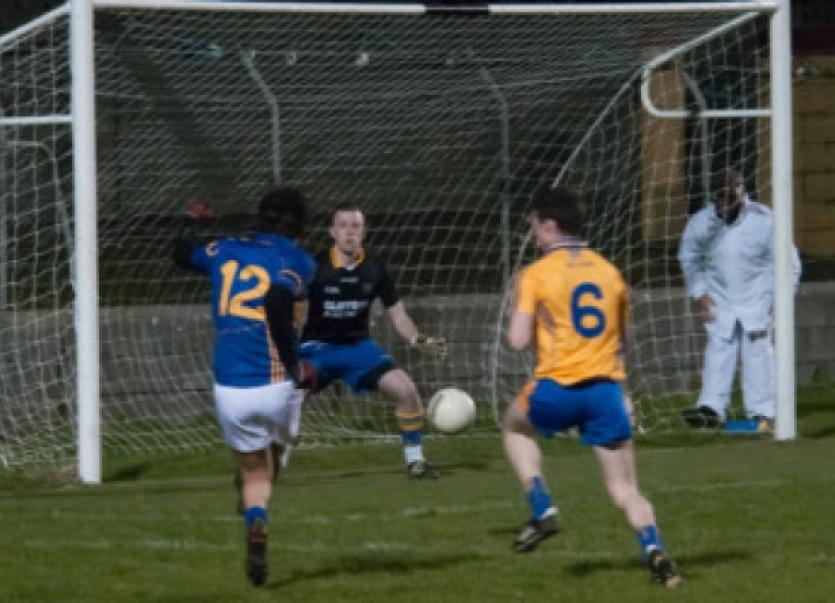 Tipp under 21 footballers are through to a Munster final meeting with Cork following a 19 points win over Clare on Wednesday night last.

Tipp under 21 footballers are through to a Munster final meeting with Cork following a 19 points win over Clare on Wednesday night last.

At a windswept Hennessy Park in Miltown Malbay, David Power’s charges put in a convincing performance and the game was pretty much decided by the interval. The visitors having played against a very stiff breeze were leading at the break by 0-9 to 0-5.

While the Banner Boys did manage to reduce the lead to just three points after 38 minutes, that was a near as they would get. From then to the finish Tipperary rattled off 2-11 to a single point for Clare, with both Tipp midfielders and five of the six forwards scoring.

With the benefit of the breeze in the first half Clare kept in touch for the first 20 minutes at which stage they led by 0-5 to 0-4, but in a 10 minute spell before the interval Tipp’s superiority came to the fore and the last five points of the opening half all went the way of the Premier County.

Sean Flynn opened the scoring for Tipp in the first minute, a 13 metre free converted. Interestingly this was to be Tipp’s only score from a free over the hour.

Clare’s response was immediate, a point from a tight angle by full-forward Martin O’Leary - they were to score just two points from play in the whole game.

Jamie Malone had a goal chance for the home side as early as the third minute with the pace of the inside forward line troubling Tipp who rode their luck once or twice.

The lead changed hands to and fro in the first 20 minutes - Tipperary points coming from Colin O’Riordan, John McGrath and Bill Maher with Clare responding with four points, all from half-forward Niall Hickey, three from placed balls.

The spell before the break saw Tipp gaining in confidence and ekeing out openings, with Ian Fahey, Steven O’Brien and O’Riordan running at the opposition. In this dominant spell Steven O’Brien, Greg Henry (2), Michael Quinlivan and Sean Flynn raised white flags. Going in four up with the wind behind them for the second half Tipperary were in a great position.

And drive on they did at the start of the second half with two superb points by Michael Quinlivan inside three minutes. To their credit though Clare kept battling on against the odds and forced Tipp into conceding frees, three of which were converted by Hickey (2) and O’Leary. This mini rally reduced the deficit to 0-11 to 0-8 after 38 minutes but that was as near as The Banner would get.

From there to the finish it was all one-way traffic .

Before the conclusion nine more points were added from John McGrath (2), Liam McGrath, Steven O’Brien (2), Colman Kennedy, Michael Quinlivan (3). Indeed two of these could have been goals - John McGrath hesitated with a goal chance while Quinlivan sportingly accepted a point when in a one-on-one with the Clare keeper.

The coup de grace of a second goal came in the 59th minute, an inter-passing move between Liam McGrath and Colman Kennedy palmed to the net by McGrath.

Tipperary introduced all six subs, including welcome first appearances of the campaign for Philip Quirke and Colman Kennedy. With these two back and John Meagher of Loughmore also nearing a recovery from injury hopefully Tipp will be ready to take on Cork in Páirc Uí Rinn on Wednesday, 9th April.