Tipp highlights were few and far between 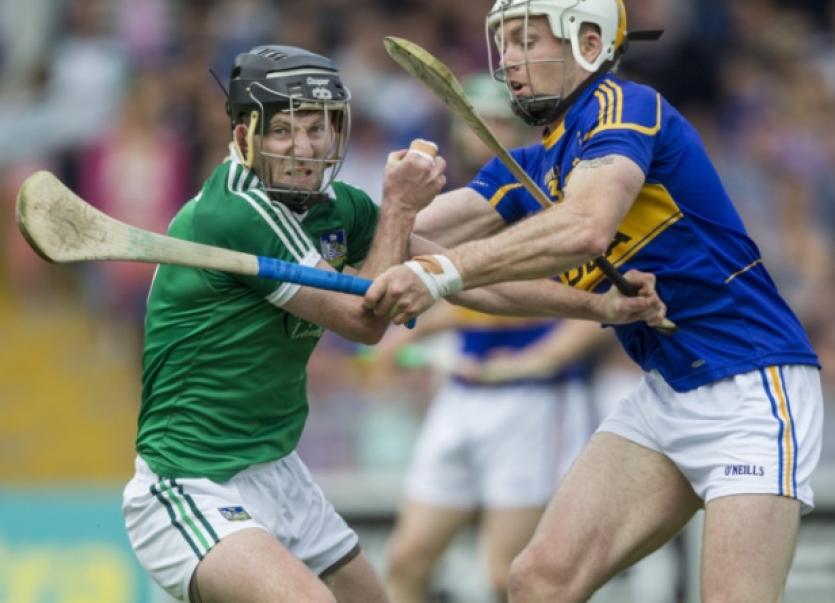 Darren Gleeson - 6 out of 10 - He didn’t have the busiest of afternoons, although he made a great catch under his crossbar from Declan Hannon’s lob early on. He might have done better with Shane Dowling’s shot for Limerick’s second goal but could have been unsighted by the forest of players in front of him.

Cathal Barrett - 7 out of 10 - One of the few bright spots for his team was the performance of the debutant from HolyCross, who covered well and was tigerish in the tackle.

Padraic Maher - 6 out of 10 - An adequate performance but one that fell some way short of this player’s high standards. Was at his best early in the second half, when he won a few duels with Kevin Downes, one of Limerick’s leading lights. He failed to gather a diagonal ball in the build-up to Limerick’s first goal, as Brendan Maher conceded the free (for a foul on Declan Hannon) from which Shane Dowling scored. Referee Barry Kelly’s decision to disallow Graeme Mulcahy’s 63rd minute goal spared his blushes for another failure to win possession.

Michael Cahill - 7 out of 10 - He hurled with typical gusto and tenacity until injury forced his withdrawal five minutes from the end.

James Barry - 6 out of 10 - Another player who appeared in a championship match for the first time. He was calm and efficient until he was sacrificed in the 54th minute reshuffle that accommodated Lar Corbett’s introduction.

Brendan Maher - 6 out of 10 - The captain had his moments but he and his fellow defenders were made to suffer by Limerick’s fleet-footed forwards and his team’s inability to win sufficient possession further out the field, especially in the second half.

Conor O’Mahony - 7 out of 10 - He hurled a solid and consistent hour on the wing, and could even have stiffened the defence had he been switched to his old centre-back slot.

Kieran Bergin - 5 out of 10 - He played a key role in the second goal, darting between two opponents and picking out Gearoid Ryan with a precise pass. However he was forced to play second fiddle for much of the 70 minutes, performing in an area dominated by the Limerick duo of James Ryan and Paul Browne.

Shane McGrath - 6 out of 10 - A late replacement for James Woodlock, who cried off with a virus. He worked hard all afternoon with a performance that staked a strong claim for a starting berth when his team re-appear in the qualifiers.

Gearoid Ryan - 7 out of 10 - An encouraging display from a player who had been sidelined for quite some time through injury. He supplied a clincial finish for Tipp’s second goal, as he drifted into space and made himself available for Kieran Bergin’s pass. He also scored two points from play and now looks set to play a key role as Tipp attempt to resurrect their season.

Patrick Maher - 7 out of 10 - He took his goal exceptionally well and was always prepared to fight and try and win “dirty” ball. The Bonner went close on two other occasions but from the second of those chances should have offloaded to either Seamus Callanan or Lar Corbett before the danger was snuffed out.

John O’Dwyer - 7 out of 10 - ‘Bubbles’ landed some neat points and was always in the thick of the action before he made way for Shane Bourke with a couple of minutes remaining.

Noel McGrath - 5 out of 10 - It was just one of those days; if the Loughmore player had ducks they might have drowned. He struggled to get into the game from the start and was fortunate to survive the 70 minutes. He was penalised for picking the ball off the ground in the first half, which summed up a thoroughly frustrating afternoon. To his credit, though, he never hid away and kept looking for the ball.

Seamus Callanan - 6 out of 10 - He found Limerick full-back Richie McCarthy a difficult opponent, as the Drom/Inch player promised more than he ultimately delivered. When he did manage to get away from McCarthy midway through the second half he scuffed his effort from a good position, leaving Nickie Quaid to make an easy save.

Niall O’Meara - 6 out of 10 - The third of the team’s three debutants scored a grand point in the 10th minute and was unlucky with another shot that sailed just wide near the end of the half, after he had spirited the ball away from Richie McCarthy. Less was seen of him on the turnover and he eventually made way for Denis Maher.

Substitutes - Lar Corbett - 6 out of 10 - Almost a year since his last appearance in the blue and gold, he scored a point on his return and went close on another occasion.

Denis Maher - 6 out of 10 - He looked to have sent his team on a winning run in the home straight with a 67th minute point. But it all went horribly wrong in the closing minutes.

Conor O’Brien, Shane Bourke and Thomas Stapleton - Not on long enough to earn a rating.