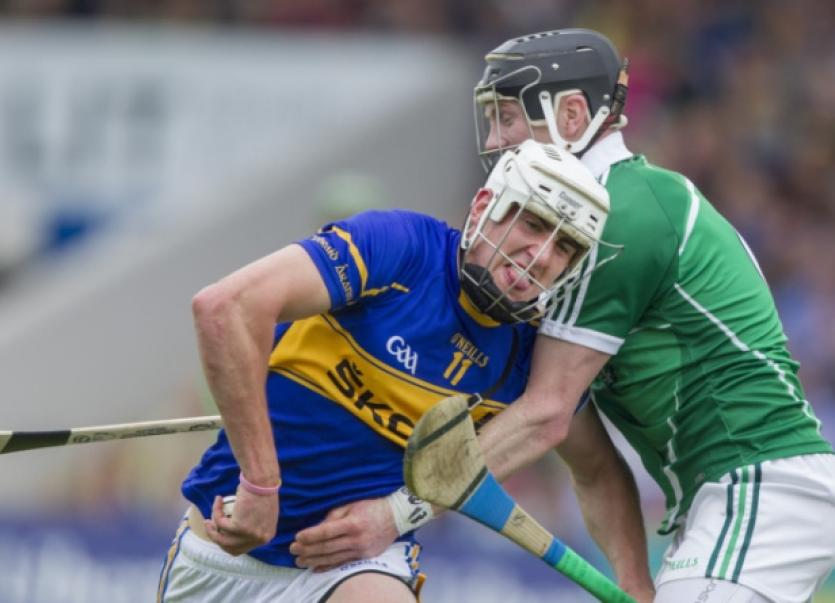 It was difficult to argue against the notion that this Tipperary team lacks steel and backbone at the conclusion of Sunday’s Munster Senior Hurling Championship semi-final at Semple Stadium.

It was difficult to argue against the notion that this Tipperary team lacks steel and backbone at the conclusion of Sunday’s Munster Senior Hurling Championship semi-final at Semple Stadium.

This latest defeat, which came at the hands of a Limerick side that displayed great spirit and passion - qualities that were painfully absent from Tipp’s performance - leaves them searching for a first championship win in two years. Since beating Waterford in the 2012 Munster Final they’ve now lost to Limerick twice and Kilkenny twice.

The match followed the template of last year’s clash at the Gaelic Grounds, when Tipp were similarly well placed at an advanced stage of the contest but failed to push on and close out the win. They were on the cusp of victory with three minutes of normal time remaining when substitute Denis Maher collected Conor O’Mahony’s clearance and scored to put them a goal clear.

However in the crucial, late stages, when the heat of the battle intensified to boiling point, Tipp didn’t have the personalities or leaders to dig them out of a hole. Before Denis Maher’s point Limerick’s Graeme Mulcahy had a goal disallowed for a foul on Padraic Maher, which seemed a questionable decision at the very least. But Limerick’s next incursion into Tipperary territory proved much more fruitful. Kevin Downes set up the chance with a searing run through the Tipp rearguard and Shane Dowling, unchallenged, turned back across goal before driving a shot to the net.

The goal meant that, with two minutes left, the sides were level for the ninth time. But from that point there was only ever going to be one winner. Tipp had their chances, with Noel McGrath dropping an effort into Limerick goalkeeper’s Nickie Quaid’s grasp before Shane Bourke and Denis Maher shot wides, as their challenge petered out in fairly feeble fashion. By contrast Limerick, roared on by their marvellous supporters, and with the momentum firmly behind them ambushed Tipp for the second successive year with late points from substitute Thomas Ryan and Seamus Hickey.

It could be the case that Tipp were still suffering a hangover from the League Final, a game in which they invested so much energy and effort only to fall short in the finish. For whatever reason their confidence seemed brittle as they faced the provincial title holders, who not only made a mockery of their 7/2 odds but shrugged off whatever (if any) upset the resignation of joint manager Donal O’Grady had caused and recorded a first Munster championship win over Tipperary in Thurles since 1973, the year of their last All-Ireland success.

It will concern Tipp that they appeared to lack self-belief all afternoon, the sense of doubt transferring itself to the stands and terraces where their supporters lost out in their vocal battle against the Limerick fans in the attendance of 24,962. The Limerick followers went wild with delight at the final whistle, with their team - whose heroes included Shane Dowling, Kevin Downes, Gavin O’Mahony, James Ryan, Richie McCarthy and Paul Browne - now preparing for a Munster Final against either Cork, Waterford or Clare on July 13. Tipperary’s task is to lift themselves for the qualifiers on June 28 or July 5 but it’s hard to see them having any say in the destiny of the McCarthy Cup.

Limerick were always going to prove awkward opponents but the Tipperary players were their own enemies too, with far too many basic errors committed from the opening exchanges. The fluency and rhythm that had flourished in their recent performances deserted Tipperary just when they needed it most. After a poor first half, when 11 of the 18 scores came from frees, Tipp could consider themselves fortunate to be level at the interval, when the scoreboard showed the teams locked at 1-8 each. The sides had traded early points before Limerick struck the first decisive blow of the afternoon when Shane Dowling sent a free high into the net in the 16th minute, with Kevin Downes registering their first score from play a minute later.

Further points were exchanged by John O’Dwyer and Shane Dowling frees before Tipp roared back into the picture in the 21st minute. Kieran Bergin was the intended target for the ball that Seamus Callanan dropped into the danger zone but instead Bonner Maher scooped it up and clipped a low effort to the net.

Limerick’s response to that setback was admirable. Shane Dowling converted two more frees and Declan Hannon restored their 4-points advantage by the 26th minute. They mightn’t have been motoring well but Tipp battled hard to draw level -if only their supporters had seen more of the same determination late in the game. John O’Dwyer accepted a pass from Noel McGrath’s sideline to score; Seamus Callanan was accurate from two frees - in between Kevin Downes gave the Tipp defence a fright with a piercing run - and Callanan completed the recovery in first half injury time with his first score from play.

Tipp got the best possible start to the second half when Gearoid Ryan, one of their better performers, rifled a low shot past Nickie Quaid within a minute and-a-half of the re-start. However at this stage, and it happened again late in the game, they found it impossible to shake off their dogged opponents. Scores from Paul Browne, Shane Dowling’s free and Donal O’Grady had Limerick level by the 8th minute of the second half, and it was nip and tuck, blow for blow from there to the finish. O’Grady’s point in particular gave Limerick a great lift, as it came directly after Bonner Maher went close at the other end, with his intended pass in Noel McGrath’s direction going astray.

Tipp missed other good opportunities too. Seamus Callanan drove a poor effort into the ground on one of the few occasions that he escaped Richie McCarthy’s shackles, while Bonner Maher held onto possession for too long after he tore a gaping hole through the Limerick rearguard, when he should have laid off a pass to either Lar Corbett or Seamus Callanan, who were both waiting in vain for the ball to arrive. Instead of a Tipp goal on that occasion, Kevin Downes pointed at the other end within seconds to give the holders another shot in the arm.

An old failing, their inability to win enough possession in attack, also returned to haunt Tipperary as the game reached the witching hour. By the end they were particularly ragged and shapeless in the forwards, midfield was being overwhelmed too as the minutes ticked away and as a consequence the defence came under increasing pressure, creaking under the strain before it finally cracked when Shane Dowling scored his second goal.

Only a handful of Tipp players, who included Cathal Barrett, Brendan Maher, Michael Cahill, John O’Dwyer, Bonner Maher and Gearoid Ryan, made a real impression. It was inconceivable that so many could have had an off day and yet, for all that, they were still in the driving seat when Denis Maher’s point put them three clear with as many minutes remaining. Then came that late collapse, as they were holed below the waterline and forced to accept a defeat that raises yet more questions about the team’s character.