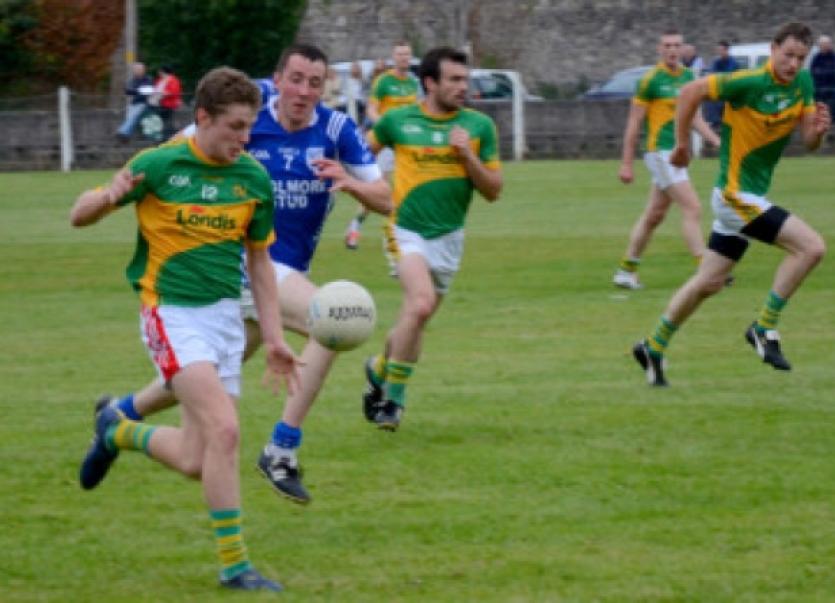 Clonmel Commercials recorded a comfortable win in the opening round game of the Clonmel Oil South Senior Football championship against Fethard.

Clonmel Commercials recorded a comfortable win in the opening round game of the Clonmel Oil South Senior Football championship against Fethard.

The game was played in Cahir and all over the field the Clonmel side proved too strong for the opposition and in truth the game was over as a contest after the first quarter. Commercials held an eight point advantage at this stage aided by a Richie Carroll goal in the opening minute.

From the throw-in Commercials asserted themselves and when Ian Barnes cleverly found Carroll with a pass in the opening minute Paul Fitzgearld had no chance of depriving the centre forward.

Six unanswered points followed for Commercials as they took control of proceedings. Fethard worked tirelessly but on too many occasions they surrendered hard earned possession and Commercials punished them.

Ian Barnes and Jack Kennedy were a constant threat in attack while Ian Fahey was dominant further out the field. For Fethard Jamie McCormack, KarlMaher and Cathal Hurley were performing well. Kenneth O’Donnell pointed for Fethard in the 15th minute to reduce the margin to six points. That was as close as they could get though as Commercials continued to dominate.

By half time the margin was 11 points. Recently retired county goalkeeper Paul Fitzgearld made an excellent save from a penalty kick by Ian Barnes after 22 minutes .

Fethard improved somewhat in the second half and worked hard and Jamie McCormack opened the scoring in the fifth minute. Commercials didn’t return to the contest after the break with the same intensity as they had in the opening 30 minutes but there was never any danger of an upset and in fairness Fethard did show signs of real improvement .

Brian Healy was denied by the post in the 13th minute which would have given Fethard some hope but Commercials gradually stepped up the tempo and easily pulled away in the final 15 minutes. A fifteen point winning margin wasn’t in any way flattering for Commercials as they get their divisional championship off to a perfect start.