TG4 special on Brendan Cummins will be screened on St. Patrick’s Day 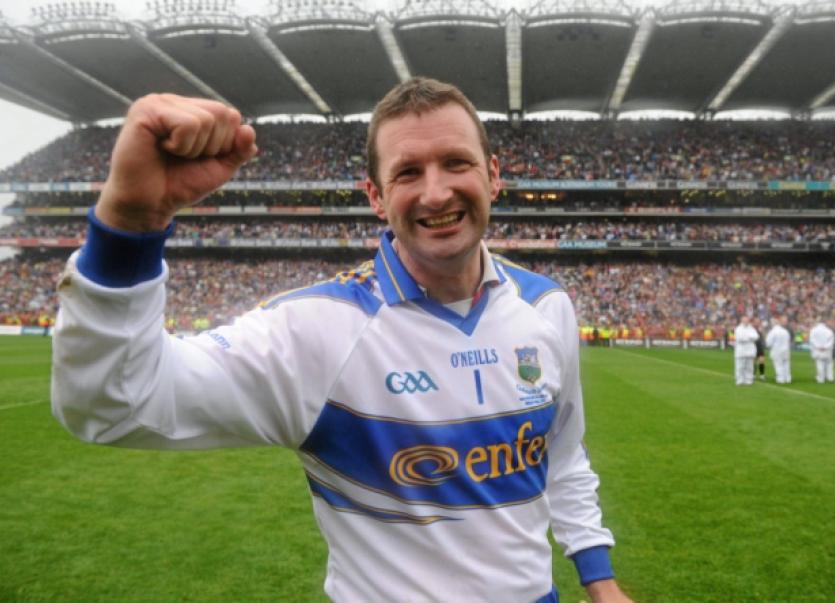 The programme will be shown on TG4 on St. Patrick’s Day at 5.25pm and will be repeated on Sunday, March 22.

Considered one of the greatest goalkeepers of all time, Brendan guarded the net for the Tipperary hurlers for nearly two decades, winning two All Irelands, five All Stars and making a record 73 championship appearances for the Premier county. The Ballybacon-Grange man was a handy footballer too.

Brendan Cummins made his debut for the Tipperary senior team in 1993 and by 1995 he had secured his place at number one, a jersey he’d wear with distinction for most of the following two decades. His first taste of the big-time came in 1997 when Tipperary took on Munster rivals Clare in the All Ireland final but unfortunately for Brendan the Banner County won out in a dramatic game.

Clare would prove to be a thorn in their side again in 1999 but in 2001 under Nicky English Tipperary beat them and all other opposition to reach the All Ireland final against Galway, where Brendan’s composure in goal and calm delivery of the ball were key to Tipperary’s victory.

Unfortunately Tipperary’s success couldn’t be maintained and a succession of losses and changes in management culminated in one of the lowest points of his hurling career when Babs Keating made the shocking decision to drop the multiple All-Star from the team before a replay against Limerick in the 2007 Munster championship.

In the programme Brendan opens up about the shock decision and how he dealt with the aftermath, “I couldn’t come out and start roaring and shouting about it, that’s dragging Tipperary through the gutter and that was simply never an option.”

By 2008 Liam Sheedy was in charge and with Brendan Cummins back between the posts he excelled once again under the guidance of coach Eamon O’Shea, as Tipperary emerged as rivals to Brian Cody’s great Kilkenny team. Tipperary couldn’t better the Cats in either the League or All Ireland final of 2009, but in 2010 Cummins played a central role in Tipp’s defeat of Kilkenny in their search for an historic five-in-a-row in an epic All Ireland final.

Scoring his first championship point from a long-range free and pinpointing Tipperary’s sharpshooters with precise puckouts, not only did Brendan collect a second All Ireland medal but his fifth All Star, a telling statistic in a golden era for hurling goalkeepers.

Kilkenny returned to dominance however in 2011 and Brendan Cummins retired in 2013 as one of the most respected players of his generation.

In an extensive interview straight-talking Brendan gives an insight into the driven mindset that kept him at the top of his game for so long and the programme also features interviews with fellow Tipperary teammate Eoin Kelly, Galway’s Cathal Moore, Clare’s Seán McMahon and Donal O’Grady.

Laochra Gael is produced by Nemeton TV for TG4.