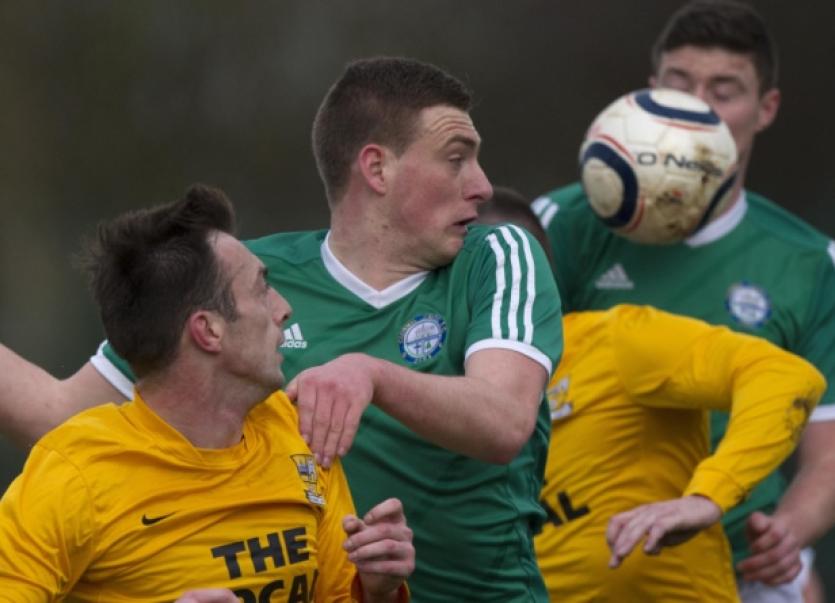 Clonmel Celtic continued their recent good run of form against Town on Sunday with a commanding performance that saw them book a place in the quarter-finals of the FAI Junior Cup.

In truth it was a comfortable win for Celtic who dominated the game and never looked in danger with Town only scoring a consolation with virtually the last kick of the game.

After a lively opening ten minutes Celtic took a stranglehold and never looked back. On twelve minutes after a sweet move involving David Joyce and Ross Condon the ball found its way to Kevin Waters on the edge of the Town box but his attempted pass to his brother Brian was misplaced and the chance went a begging.

Celtic were imposing themselves on the game by then, winning the midfield battle and comfortably containing the Town attack. Just after the twentieth minute Celtic finally hit the front following a good move, which saw Kevin Waters release Ross Condon down the right and his inch perfect cross found Brian Waters who turned smartly to fire under Evan Comerford to give the visitors the lead they had been threatening.

Town’s response to this set back was poor as they were outfought and out muscled by Celtic throughout the pitch and despite the worsening weather conditions Celtic were well in control and held their lead comfortably to the break.

They started the second half on the front foot again and came close to adding to their lead four minutes in when Seanie O’Hara set up Brian Waters but he fired over. However they didn’t have to wait much longer as they doubled their lead two minutes later. There seemed to be little danger when Ian Fahey picked up the ball a good distance from goal near the touchline but he took one touch and fired an unstoppable effort to the top left hand corner of the net.

It was a truly magnificent effort and put Celtic in the driving seat. It also turned out to be a knockout blow for Town.

On 55 minutes the impressive Ross Condon’s effort was just off target as Celtic aimed to put the game well and truly out of Town’s reach. And just after the hour mark Celtic went close once more after the hard working Seanie O’Hara set up Kevin Waters who went for precision when power may have been the better option as Comerford got down to save.

With the strong wind now accompanied by driving rain the hosts continued to struggle to find a way back and Evan Comerford produced an excellent save from a Seanie O’Hara header with 15 minutes left.

Town finally got what was scant reward for their efforts, two minutes into injury time when Tony Scully was on the end of a flick on to lift the ball over a largely redundant Ciaran Kenrick.

Given the enormity of the game this was very impressive from Celtic on a difficult day. Everything was perfect, team selection, tactics, team effort and work rate and a fine turnout from Celtic supporters who got the perfect response after last week’s disappointing Munster Junior Cup exit.