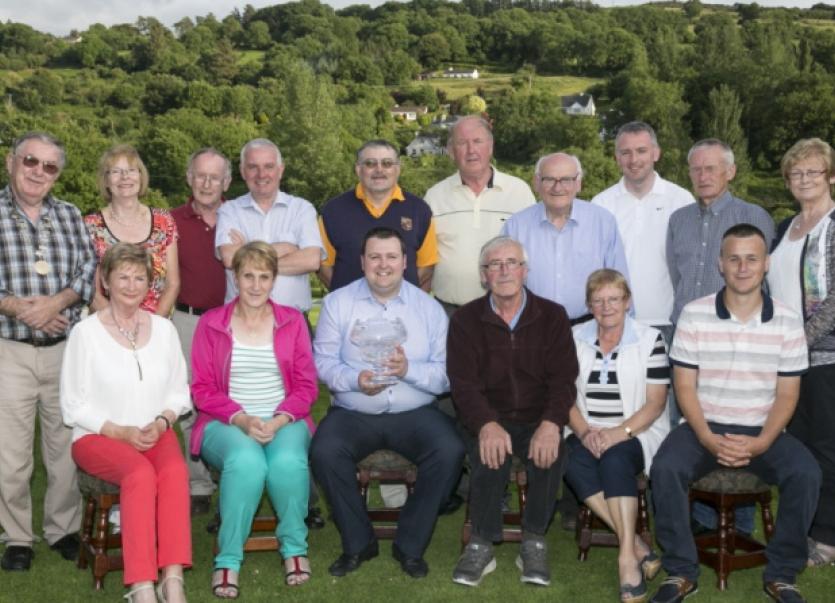 Hillview Pitch and Putt Open was run over three days from July 3 to 5 and comprised of a scotch foresomes event on the first day with the 36 hole strokeplay for the Dominic Kavanagh Memorial Trophy being played on the following two days.

Hillview Pitch and Putt Open was run over three days from July 3 to 5 and comprised of a scotch foresomes event on the first day with the 36 hole strokeplay for the Dominic Kavanagh Memorial Trophy being played on the following two days.

There was an excellent attendance for both events and a very special thanks to those people who travelled long distances. There was a terrific course for the three days - and a very special thank you to the ground staff of Richie Blanche and Richie McGrath. Scotch Foresomes Winners: Ladies- Breda Lonergan and Jacinta Nugent, Tipp Hills; Mixed- David Cahill and Anne Fitzgerald, Hillview;

Very special congratulations to David Cahill on his return to pitch and putt and this is surely only the first of many competitions he will win in the future! It was also nice to see Pat Morris, who only joined this year, and Seanie O’ Connor also amongst the winners. The presentation of prizes took place in the bar immediately afterwards and the club was delighted to be joined by Laura Jones of the Park Hotel and by members of the Kavanagh family.

Club President Seamus O’Doherty thanked all who had made the weekend possible, especially the sponsors whose support is invaluable to the club.

Captains Prizes event will take place next Sunday, July 19, the support of all would be greatly appreciated.

In balmy conditions we had our best attended scramble of the year on Tuesday June 30th. The winners with the final card of the evening were the trio of Veronica Anglim, David Cahill and Adrian Anglim. Second place went to the team of Joan Donlan, Bridget Walsh and Mario Smith. A further shot behind in third place were the team of Evelyn Cahill, Anthony Mordaunt and Paddy O’Hanrahan, with the gross price going to Mary Crotty, John Cooney and Michael Kennedy. The next scramble was played in different conditions on Tuesday July 7th, with wind and a misty rain blowing across the course. The deserving winners in these miserable conditions were the trio of Mary Moloney, Anthony Mordaunt and Con Lucey, In second place and beaten only on a countback were the team of Kathleen Foran, Lorraine Creed and Danny Gibbons. The gross prize went to those serial winners - Breda Howell, John Cooney and John Fitzgerald.

The grade 4 ladies team and the grade 3 mixed team are through to the next round of the Munster Cup. The 4 teams in the South Tipperary League are playing every week during July.

Condon Cup The next competition is the annual Condon Cup Team Competition, this is open to players of all levels and is a great fun night, it’s on Friday 31st July, at 7:30pm, signup sheet in hall.

Junior Tennis - Ella Power is organising Junior Tournaments every Tuesday and Thursday during July from 10am to 1pm, come along, practise your shots and coaching, meet your friends and have some fun. This is a good opportunity to practise for Junior Open Week which is scheduled to start on Sunday, August 9.