All too easy for Tipperary in 23 points win over Louth - next up Tyrone! 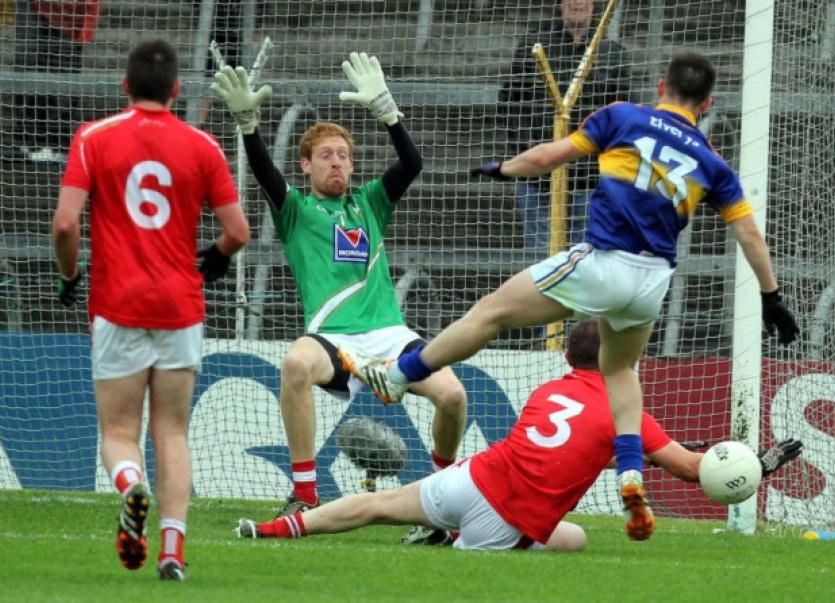 Speaking in his post-match comments, Tipperary manager Peter Creedon reflecting on the game wondered “Is it worth anything?” A 23-point drubbing of Louth, in which the Leinster side only managed a single point in the entire second half, was good for neither team. The spectacle was certainly a non-event for the patrons, many of whom had come early to watch the three-game programme in Thurles.

The 3-21 total amassed by the Tipp footballers was the biggest tally by any team in the five games played at Thurles on Saturday and Sunday last. Strange when you factor in that the other four games were all inter-county hurling games which normally produce far higher scorelines.

Having beaten Louth in the League in Drogheda earlier in the year, Tipperary deserved the mantle of favouritism, but without both first-choice midfielders Steven O’Brien and George Hannigan there was a perceived levelling up of teams before the throw-in. Tipperary would need to hit the ground running and focus from the throw-in.

That they did, and a fourth minute goal by Ger Mulhair - who did well to hold off his marker - set Tipp up nicely at 1-1 to 0-0 after a Kevin O’Halloran free had opened the scoring.

Louth then briefly flattered to deceive. In a five-minute purple patch the ‘Wee County’ scored four unanswered points to level after 11 minutes, two of these excellent points on the run from wing-back Declan Byrne and corner-forward Ronan Holdcroft.

Four points in five minutes and it looked like “game on.” Amazingly in the remaining 59 minutes of play, Louth would score just three more points. By half-time the game would be over (2-10 to 0-6).; the second half being little more than a training session for Peter Creedon’s side.

Having weathered the storm of Louth’s false dawn, Tipp settled again and were five points clear by the 21st minute with man-of-the match Peter Acheson at midfield kicking two superb points, one a trademark effort with the outside of the boot from 40 metres when no options were presenting. Sandwiched between Acheson’s brace was a fine effort from Philip Austin now operating effectively at centre-forward.

A second goal for Tipperary in the 26th minute put the home side 2-8 to 0-6 ahead and the game to bed. Ballyporeen’s Conor Sweeney was foot-blocked as he attempted to shoot for goal and from the resultant penalty the same player made no mistake.

Three early second half points from Michael Quinlivan, Liam Casey and wing-back Seamus Kennedy stretched the advantage to all of 13 points - a dozen Tipp players, including three subs would score before it ended.

Five minutes in to the second period the day went from bad to worse for the Leinster side. An attempt at a point by Tipp midfielder Colin O’Riordan fell short and what should have been a bread-and-butter save for Louth keeper Craig Lynch was fumbled into the net. End of story.

With a half an hour’s football still to play, Tipperary took advantage to introduce all six subs, three of whom, Brian Fox, Jason Lonergan and  Barry Grogan would score.

Three minutes from time Louth registered their only score of the second half, a point from Ryan Burns. It was their first score in 42 minutes and was met by an unsavoury and derisory sneering cheer from their fickle followers. In amateur sport this type of behaviour is totally unmerited.

Tipp’s top scorer on the day with seven points was Kevin O’Halloran, including four frees and two 45s. After missing an easy free inside the first minute the Portroe man settled well and his accuracy from the placed ball is a big asset for Tipperary.

There were some solid Tipp performances on the day but taking the opposition into account it would be foolish to read too much into anything.

Afterwards Tipp manager Peter Creedon said: “Is it worth anything? It’s another win in the championship and we are moving on. Louth weren’t good on the day and we were no world-beaters either. We have to wait and see who comes out of the hat on Monday but next week will be way up on that and we will have to improve an awful lot.”

“We have to try and get everyone right for next Saturday and hopefully get a home draw really. A home draw is crucial. We seem to do well here,” he added.

Tyrone came out of that hat, at home. Roll on Saturday.