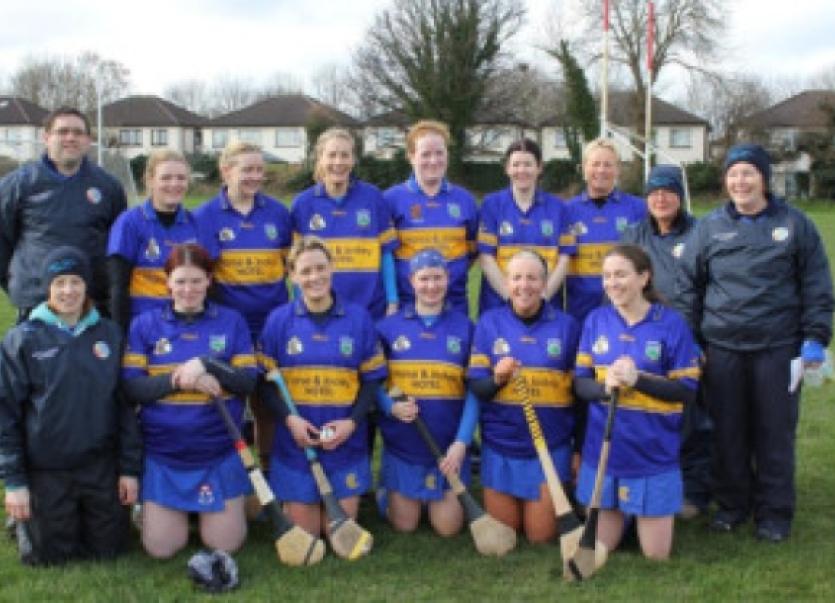 Firstly well done to Stephen Nolan on been selected for the Ireland U16’s Squad for their two games against Holland from the 15th – 20th March in Eindhoven. Another proud day for the Club thanks to Stevie.

Firstly well done to Stephen Nolan on been selected for the Ireland U16’s Squad for their two games against Holland from the 15th – 20th March in Eindhoven. Another proud day for the Club thanks to Stevie.

Junior A Team 0 Thurles Tn 3 (Premier League) - The score line doesn’t reflect the game; Harps were the better team in the first half but couldn’t score. Thurles got more into the game in the second period but it was still 0-0 with 5 minutes to go. The turning point was a free-kick which Thurles converted with only minutes remaining and somehow they added another 2 before the final whistle.

Junior B Team 2 Ballymackey 1 (Nora Kennedy Cup) - The visitors must feel aggrieved with the result in this game; Ballymackey dominated for the most part and still came away with nothing. Templemore had a re jigged side and took them a while to settle but Billy Prout and Sam Van Dam put in a good performance in defence. With only 10 minutes left Harps went in front through James Kavanagh which must be said was after a rare attack. But with only minutes left the visitors levelled through a free kick that wasn’t dealt with in the Harps defence. This sent the game into extra time, and the all important goal came in the first period through Dylan Loughnane after a Joe Kennedy cross, busy Sunday morning for Dylan, before this match he had already put in a shift training the Clubs under 8’s. And Loughnane’s goal turn out to be the winner as Harps held out and they now advance to next weekend’s Semi Final against Nenagh Town.

The Youths were involved in a great game against Nenagh Town in a top of the Table clash in Island Bawn. 0-0 would have been a fair result but after a questionable 8 minutes of injury time Nenagh got in for a goal, it was a bitter pill to swallow. But it’s not over yet; the return fixture in Templemore has yet to come.

U13B’s suffered a heavy defeat away to Nenagh Town, 5-0. But this is a good Nenagh side and this result gave them the league title.

BT Harps U12 Girls 1 Knigh Utd 3 - The Girls suffered their 1st defeat of the season at the weekend. The first half was fairly even but the killer blow came just before the break when the visitors got in for a goal. The next goal was going to be very important and it went to Knigh Utd 5 minutes into the second half, 2-0. The Templemore girls didn’t give up and kept battling with Kate Fennell putting in a great shift in the middle of the park. With Harps pushing forward in search of a goal they got caught flat at the back and Knigh made it 3-0, which secured the points for the visitors. In fairness to the girls they didn’t give up and were rewarded with a goal through Kyah Scully. The girls are still in this league, with only 4 points separating the top 3 teams, 4 games left so it’s still all to play for. Congratulations to girls that made the League Academy program, Taryn Purcell, Kate Fennell, Kyah Scully, Emma Fitzpatrick & Kirsty Quinlan.

Mixed fortunes for our u11 teams, one team went down 4-3 away to Birdhill after being 3-0 up, goals from Michael Fitzpatrick & Conor Longe. The second team won 3-1 also on the road, this time against Nenagh Celtic, goals from Eddie Ryan, Sean Collier & Conor Murphy.