West Under 21 'B' Hurling Championship Final 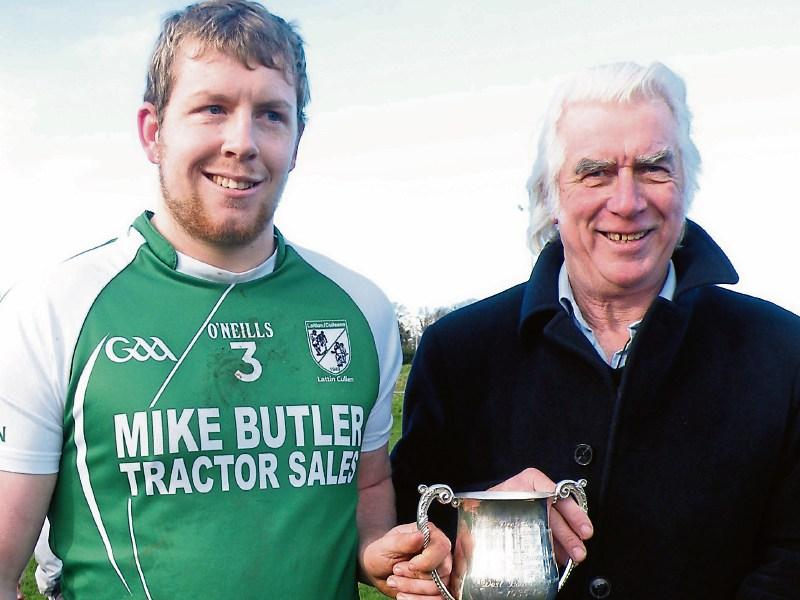 The game was played in dry crisp conditions with Lattin/Cullen Gaels having the advantage of a slight breeze in the first half.

It was a nervous opening start by both sides as they tried to leave their mark on the game. Lattin/Cullen Gaels were first off the mark when Shane Neville pointed from a placed ball but this was cancelled out almost immediately when Adrian Dawson pointed from a free at the opposite end. Both sides were finding it hard to find the target and with just under ten minutes played the game got its first point from play as Shane Power put the combination of Galtee/Emly into the lead. Adrian Dawson added another from a placed ball as Galtee/Emly opened up a two point lead with a quarter of the game gone.

Mark Russell took over the free taking duties for the Gaels and he brought the deficit back to a point. Luke Ashmore had to be fully alert for the Gaels as he cleared a shot away for a 65 which was duly pointed by Adrian Dawson. Shane Neville then pointed the Gaels first point from play.

This was immediately followed by two points from Mark Russell from placed balls as the Gaels moved into the lead. Eoin O’Connell was working very hard in midfield for the Gaels and he found Mark Russell, who had moved to full forward, with a pass as Lattin/Cullen extended their advantage with just five minutes of the half remaining. Mark Russell and Adrian Dawson swapped points before referee Phil Ryan blew the half-time whistle with Lattin/Cullen Gaels ahead 0-7 to 0-5.

Lattin/Cullen Gaels burst out of the blocks as the ball was thrown in for the second half.

Eoin O’Connell won possession and went on a run before drawing a free which Mark Russell duly pointed. Adrian Dawson responded with a pointed free at the other end.

Patrick O’Donoghue (Lattin/Cullen) responded for the Gaels as they re-opened up their three point advantage Indeed Lattin/Cullen Gaels could have been further ahead but for some wayward shooting.

Galtee/Emly were trying hard but the Lattin/Cullen defence was holding solid with John Moloney at full back.

With a quarter of an hour to play just two points separated the sides when Adrian Dawson pointed from a placed ball. The turning point of the game came though just a minute later when Kevin Kinane found the net for the Gaels. Kevin Franks pointed from play and a Mark Russell free further extended that advantage and with ten minutes remaining they were in the driving seat 1-11 to 0-7.

Galtee/Emly continued to attack with points from Adrian Dawson (2 frees) and Pat Quinn saw them reduce the deficit to four points. Luke Ashmore was again at his best on the goal line when he made a very good save to deny Adrian Dawson a goal. Resolute defending though from Lattin/Cullen Gaels ensured they held on for victory and advance to the County semi-final on a final score of 1-11 to 0-10.