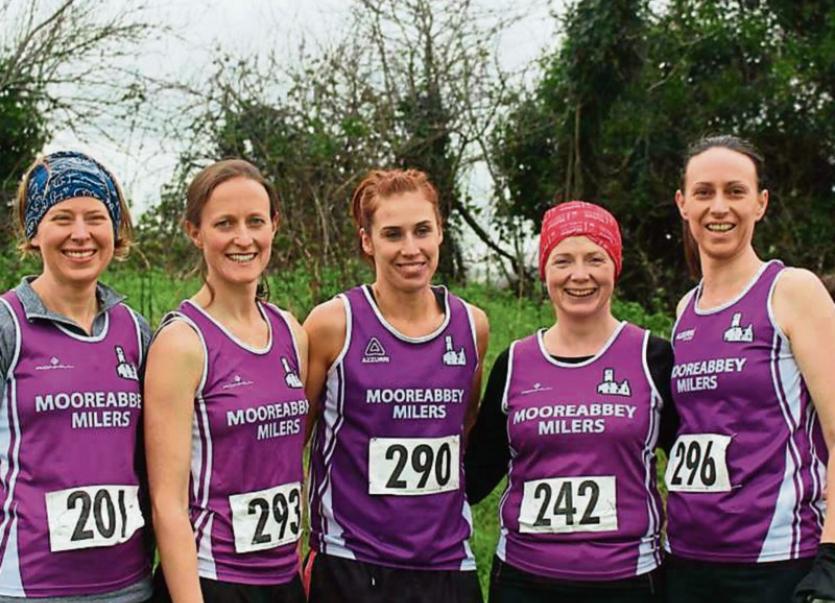 MooreabbeyMilers AC have been reflecting on a very successful year that was 2015.

The club collected silverware on the roads, track, mountains and cross country.

We hosted the county intermediate road championship in February and our own Mary-Louise Ryan won the ladies race with Michael Cunningham winning the men's race and our teams picked up silver medals here.

The masters had more success in Fethard with Stuart Moloney and Marie O'Shea winning the o/35 races. Bronze team medals were won on the day.

May also saw the club hold the annual five mile road race as part of the Ballyhoura Active Series. Stuart Moloney won this race with clubs from the whole series taking part. This series was very enjoyable and attracted large crowds to each race.

Leah Quane represented the club in the Munster Track and Field Championships in CIT in June. Leah won the U11 600m.

One of the biggest highlights of the year was the hosting of the Cahir Downhill Half Marathon on July 12th with over 400 runners registered. The atmosphere was electric and a great day was had by all. It was a very proud day to see the club's colours flying high. Michael Cunningham and Tom Blackburn finished second and third behind Freddy Keron Stuk of Raheny Shamrocks. Stuart Moloney won gold again in the All-Ireland Glohealth Track and Field 0/35 5,000m.

A large group of fourteen from the club competed in the MMRA Loop de Loop in Aherlow. Tom Blackburn won the marathon while Michael Cunningham won the half marathon.

The cross country season kicked off in October with a win for Mary-Louise Ryan in the Novice. Our ladies team also won the novice cup.

In the intermediate event, Mary-Louise Ryan was second with the ladies team taking bronze. Tom Blackburn was 3rd and the men's team won silver. Leah Quane won her U11 race. Michael Cunningham retained his title as King of the Peaks with two wins and one second place over one weekend of running in county Clare.

He ran an excellent Dublin City Marathon for the 17th year in a row. He was placed 95th overall out of over 15,000 runners in a time of 2hrs 46mins.

Our masters laid down a marker in Thurles at the cross country in November. The ladies won the silver team medal. Stuart Moloney won the men's race with category wins and a silver and bronze team medal for our men.

Stuart Moloney represented his country in the British and Irish Masters Cross Country Championships in Dublin. He was the third Irish man over the line and 6th overall. Stuart won a gold team medal.

The club were proud to host a cross country event for the first time in Galbally. Kieran Lees won the men's novice B race. Our ladies won a bronze team medal. Sinead Blackburn won her U11 race. The Munster Masters Cross Country event took place in Cappawhite. Stuart Moloney came third. Mary-Louise Ryan was 10th in the ladies race. We had many category and county medals for our club members here. Leah Quane was 10th in her U11 race in the Munster Cross Country event in Kerry.

The cross country season came to an end in December with the Senior Championships in Clonmel. Stuart Moloney finished third and was part of the bronze medal winning team. The men's B team also took bronze. Mary-Louise Ryan came third in the ladies race and our ladies team won a bronze medal also.

Mooreabbey Milers would like to congratulate all our members on their personal achievements throughout the year and thank them for their support and dedication to the club.

As we look ahead to 2016, dates to keep in mind are May 13 for our annual five mile road race in Galbally and July 10 for the Cahir Downhill Half-Marathon