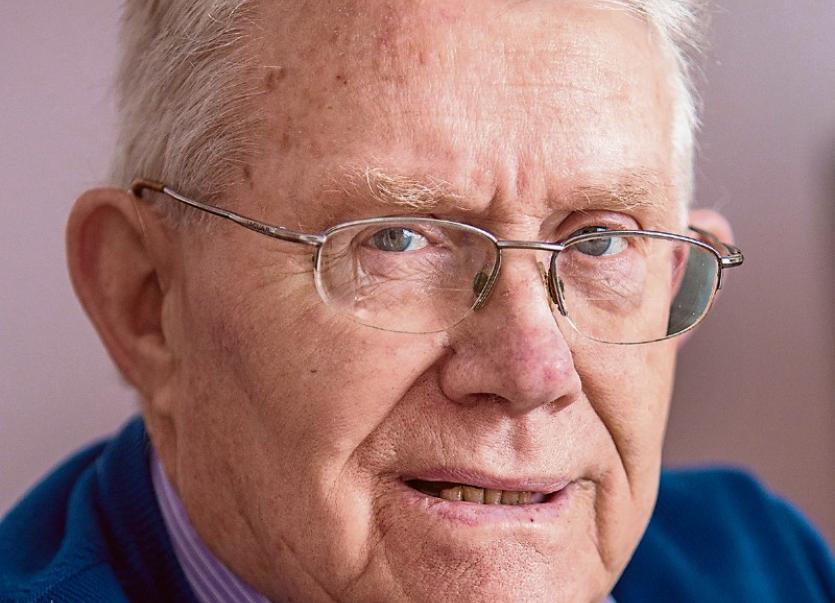 St. Mary's Hurling Club enjoyed one of the greatest days in their 86-year history on November 21 at The Ragg when they beat Kildangan in the final to win the County Minor A Hurling Championship for the first time.

The seeds of that success had been sown over many years by people such as Jimmy Collins, a lifetime crusader for the St. Mary's cause ​and the current club president ​who ha​s​ worked tirelessly and ceaselessly for decades to keep the ancient game alive in Clonmel.

Inspired by the great hurling street leagues, he joined the club in the early 1950s and played minor for three years, winning a South championship medal in 1953 when they defeated Carrick Swans in the final. He played minor football for Clonmel Commercials in the same three years and was selected on the county minor football panel in 1953. Jimmy continued as a dual player by winning a County Senior Championship with Commercials in 1956, as well as a Tipperaryman's Cup medal, and in 1958 was rewarded for his prominent displays with St. Mary's with his selection for the Tipperary Junior Hurling team.

He played senior hurling with group teams from 1957-59 and Pierce McCanns, made up of players from St. Mary's and Newcastle, were the strongest of those teams, reaching the South Final in 1959 when they were beaten by Carrick Swans.

On the administrative side Jimmy fulfilled a variety of roles within St. Mary's and he was elected chairman of the South Board ​from​ 1991​-93, a period when he also served as County Board vice chairman​.

At county level he served as chairman of the ​Coaching ​and Development Committee, which introduced a number of innovations including the appointment of ​40 coaches, 4 supervisors and a manager, Kerry legend Mick O'Connell; ​ summer camps in each of the four divisions; and the U-11 ground hurling tournament.

​In the course of his long involvement in the GAA Jimmy also coached at St. Mary's primary school; refereed National Hurling and Football league games, as well as games in Munster; and competed, adjudicated and presented Scór at all levels since it started in 1970.​