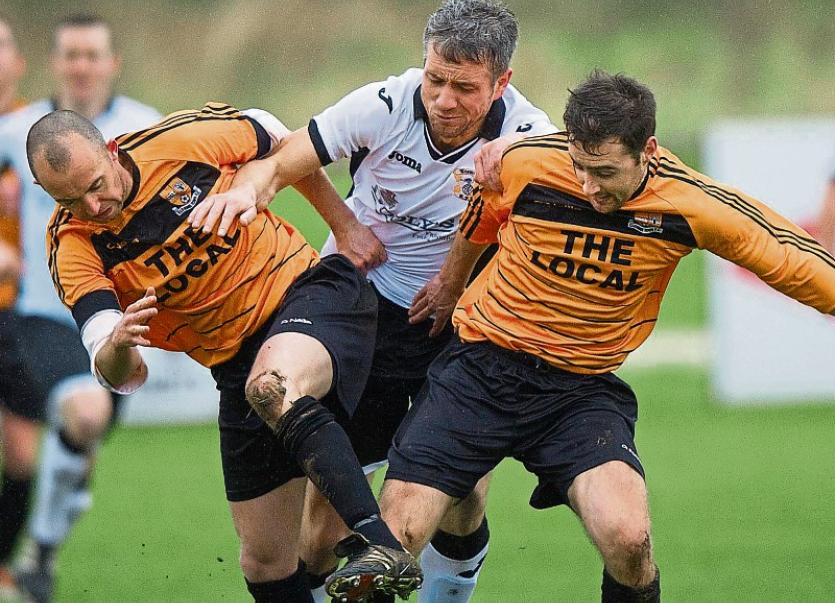 It’s a case of next stop Pike Rovers for Clonmel Celtic after then overcame Railway Union in Dublin on Saturday.

A perfect start ensured Celtic progressed to the last 16 of the FAI Junior Cup for the fourth time in the last five seasons.

The Clonmel side set up a mouth-watering clash with Limerick’s Pike Rovers by out-scoring Railway Union in a sensational seven goal first half.

Celtic started on the front foot and went ahead after just two minutes. Graham Doyle and Paul Kennedy combined well and the latter’s excellent through ball presented David Joyce with a chance he didn’t miss.

They maintained the early momentum and doubled their lead on ten minutes when Paul Kennedy, who excelled for Celtic on the day, crossed to the far post and Seanie O’Hara headed home to continue his goal a game ratio in this season’s FAI Junior Cup competition.

However Celtic’s response was immediate and two more headed goals from Aaron Moroney and Seanie O’Hara saw them place one foot in the next round.

Union kept plugging away and kept a grasp on Celtic’s coat tails when Shane O’Connell fired home a free kick to leave it at 5-2 when the half time whistle was blown.

Surprisingly that was the end of the scoring and the visitors’ main focus in the second half appeared not to concede again and although they had a few chances they seemed content to maintain possession and see out what was a comfortable win.

Clonmel Town followed their local rivals Celtic into the draw for the 7th round of the FAI Junior Cup on Sunday afternoon thanks to a rousing second  half comeback against Tramore to defeat the visitors by 6-1 at the Dr Pat O’Callaghan Sports Complex.

This was a typical Cup tie with both sides trying to impose their game in the early stages. Town started promisingly but it was Tramore who broke the deadlock in the sixth minute as a corner was headed out to the edge of the area, only to find Stephen Grant who fired his first time shot to the roof of the net.

David McGrath went close twice in the first half, the best when he clipped the bar with a glancing header before watching it agonisingly tail away wide.

The home side eventually got their just reward in the fifty fifth minute when a Richie Crowe shot inside the box smashed off the post, and landed at the feet of Aidan McGrath who made no mistake from the rebound.

From this point on Town dominated proceedings taking the lead in the 70th minute thanks to a bizarre goal again from the same man. McGrath surged down the right and his cross somehow evaded the keeper and rattled the net to put Town2-1e up.

McGrath notched his hat trick on75 minutes with a direct free kick and a marvellous strike from 25 yards out. Substitute Jack Burke killed the game off a minute later in the 76th minute when he raced clear of the Tramore defence to drill home confidently, and further goals were added by David McGrath in the 82nd minute as he shot past the Tramore keeper and substitute Burke again with the last kick of the game when he shot home to compound the misery felt by the Waterford outfit.