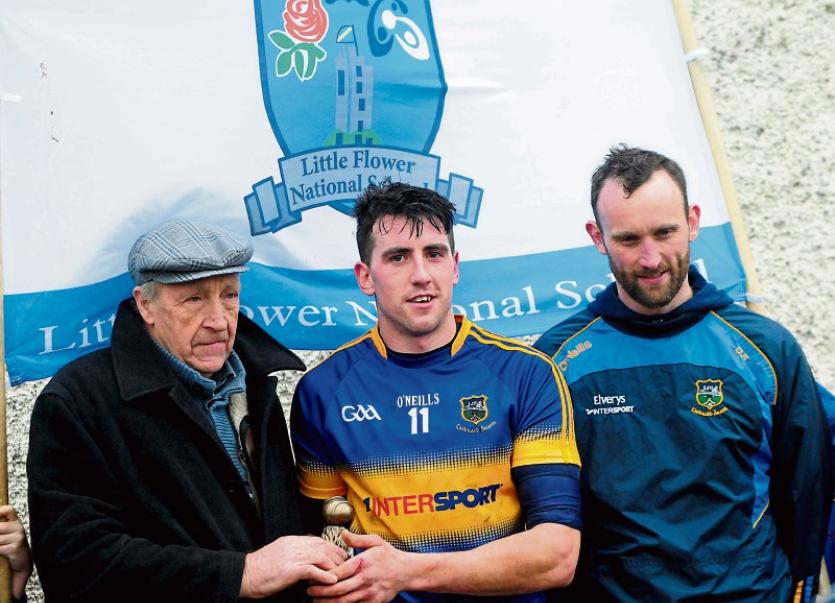 The lukewarm challenge from a significantly depleted Mary Immaculate College team represented poor preparation for Tipperary’s opening Allianz Hurling League Division 1A fixture against Dublin on February 13th, but there were some positives to this 44-point win - most notably the form of Brendan Maher.

It is still too early to make any judgments of this Tipperary team based on the style or structure that manager Michael Ryan is likely to encourage his players to adopt, but it is obvious that Ryan is guiding a panel of players who are eager to make an impression and represent their county and themselves to the best of their ability.

The sides traded frees initially before Tipperary fired 3-20 without reply to take a 3-21 to 0-1 interval lead.

Playing with the aid of a gale Tipperary surged into a 0-10 to 0-1 advantage by the 18th minute thanks to efforts from the Andrew Coffey, Conor Kenny (two), Kieran Morris, John McGrath (two, one free), Liam McGrath, Dáire Quinn and Dylan Fitzell.

Mary Immaculate College were finding it extremely difficult to build attacks and the roof caved in the 20th minute when Patrick Maher dispossessed centre-back John Meagher and raced through before finishing off his right (1-10 to 0-1).

Mary Immaculate College were already looking a little discouraged while Tipperary poured forward with further points from Patrick Maher, Dylan Fitzell (two), Andrew Coffey (two), John McGrath (two, one free) and Kieran Morris forcing the home side into a 1-18 to 0-1 lead by the 31st minute.

Mary Immaculate College were really struggling on their own re-starts and Tipperary took full advantage in the 31st and 33rd minutes. First Kieran Morris gathered a loose puck-out and set up Conor Kenny for a three-pointer. And, just two minutes later Tipperary disrupted another Mary I puck-out and Kenny helped himself to a second goal.

Four minutes into the second half Eoin Quirke registered Mary Immaculate College’s first point from play, but Tipperary responded with a second Patrick Maher goal, this time off his left-hand side, before Kieran Morris set up Noel McGrath for another in the 42nd minute (5-21 to 0-2).

Points from Jason Forde and Michael Breen preceded Mary I’s concluding score of the afternoon in the 48th minute. Jason Forde and Kieran Morris struck once more before John McGrath helped himself to a sixth Tipperary goal in the 55th minute - McGrath profited when a Jason Forde rasper was parried into the path of the Loughmore-Castleiney man.

A Noel McGrath point preceded a Kieran Morris goal in the 60th minute while efforts from John McGrath (two, one free) and Dan McCormack brought this scoring procession to a conclusion.

None of the Mary Immaculate forward division, nor their replacements, managed to score in this horribly lop-sided contest.