'15 draws to a close as draws for '16 made; Ryan for Munster as AFL begins 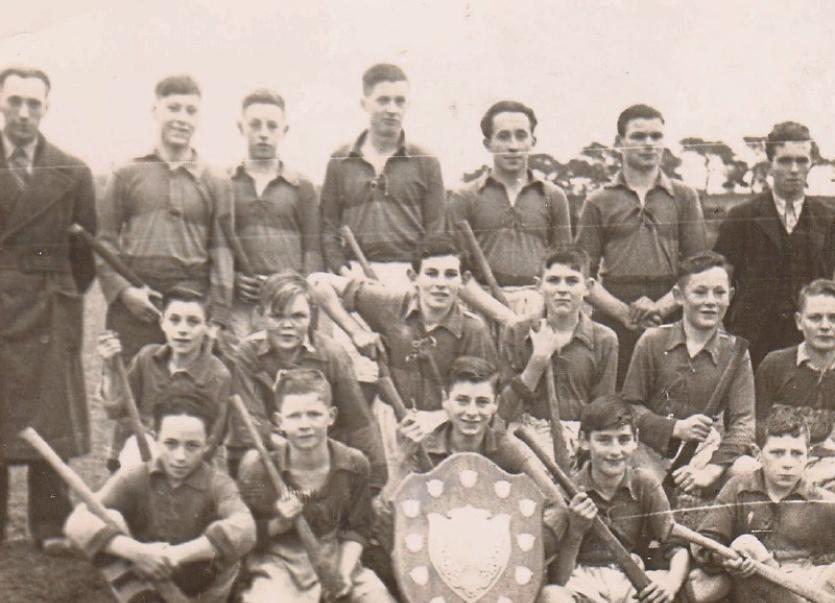 The draws for the county and divisional senior hurling and football championships made for interesting listening live on Tipp FM on Sunday evening. Of course, not only are the draws of interest of the 2016 championship, they are also important given the context of the 2017 championship, the make-up of which will be framed on the results of the '16 events. There are some very interesting games in the pipeline in the county senior hurling championship in the 16 team roinn 1 and the fourteen team roinn 2. Likewise with the senior football championship, there will be four groups of four teams with a few very tasty clashes lining up, before ever a divisional ball is kicked.

The divisional draws were made too on the night and have created plenty of talk and expectation in the four divisions. The most attractive proposition is the probability of Drom-Inch taking on Sarsfields in the Mid quarter final, should they get over Moyne Templetuohy in a preliminery round.

The programme created a lot of interest and was preceded by the presentation of a plethora of medals at The Dome to county players for championships won, and lost, over the last few seasons. There were quite a few absentees on the night for many different reasons, but those who took time to attend enjoyed the event and delighted in getting their medals. Perhaps it is only in years to come that players will really appreciate their silverware.

Sarsfields were crowned U-21 A hurling champions on Sunday after their comfortable victory over the combo on Sunday in Bansha. This was the Blues third such success in four years - a remarkable achievement. It crowned a fantastic 2015 season which saw them retain the senior title and come up just short in the intermediate final. The supply of talent continues to rumble in the Cathedral Town, it seems.

Tipperary's facile victory over Mary Immaculate in Boherlahan was remarkable only for the score fest - 7-29 to 0-6. There are slight concerns at the lack of competitive fare for Tipp with Dublin on the horizon in the Allianz NHL on February 13th in Semple Stadium. However, the management have planned for this and while they may have wished for more meaningful clashes, they also want their charges to be fresh going into the league games which comes thick and fast once they begin.

The Munster Council AGM on Friday evening next in Cork sees Tipperary's Ger Ryan nominated for the Vice Chairmans position, but he would have stiff opposition for the gig in the form of Liam Lenihan of Limerick were he to stand. The last Tipp man to hold the position was Moyne Templetuohy's Sean Fogarty. Tipperary folk will be keeping on a close watching brief on proceedings in the Rochestown Hotel instead of turning into the Late late Show!!

Elsewhere on the provincial scene, Council Secretary Simon Moroney used his report to Convention to back the retention of the U-21 football championship. He also stated that he did not agree with mandatory extra time for all games. Both calls are linked really - the Association has to get to a stage where the number of competitions, and the number of games within competitions, can be accommodated within the timeframe allowed. But, you cannot have it both ways and he pointed to the loss of revenue in the event of games not being replayed for instance - revenue which ultimately finds its way back to the clubs in the province which is the only one of the four to engage in such a system. Something has to give and the Clare man sees no real problem in the Interprovincial games being one of those elements to give, stating that they have lose their appeal for patrons - hard to argue with that really. Patrons have voted with their feet.

Interesting to see a motion on the Clar from O'Callaghans Mills of Clare calling for all junior champions to be allowed to compete in the provincial and All-Ireland club championships, regardless of whether that club has a senior team or not. Many is the player who has been denied that chance because his club happens to have teams in higher grades. There are few reasons to retain this rule and many reasons to scrap it, at this stage. A junior player, no matter what club he comes from, should be entitled to represent his county in the provincial club championship, if his team has won the county championship. Simple as that.

Our Lady's Templemore take on De la Salle of Waterford in Sunday's Dr Harty Cup semi-final - a huge day for the school and all the servicing parishes involved. The Templemore lads have a very decent side and will take some beating if they hit form. They are strong down the middle and well able to pick off scores. Thing is, De la Salle are also quite potent and will fancy their chances. This game should have plenty going for it, and plenty going to it as well.

Tipperary's campaign in the Allianz National Football League kicks off in the Kilmallock, Limerick on Sunday against the home side and a return to winning ways will be the priority for Liam Kearns men. A good start would be half the battle, but given the number of absentees at the present time, it's hard to see them having it all their own way Shannonside. Still, they have performed well against Clare and Kerry in the McGrath Cup, without actually winning either game - that must change on Sunday because there are many tough tests ahead.

Perhaps the greatest tribute we, as Tipperary people, could pay to Kilkenny's Richie Power, is that we are glad he has retired. A super forward, who always had the knack of scoring important goals against Tipp, Richie is one of those really unassuming guys who played his hurling and just got on with it. He didn't come with agendas or baggage and he walks away from the game with eight All-Ireland senior hurling medals - up there with the Careys, Shefflins and Delaneys - but with a lot less of the noteriety. A few of our own, less laden medalists, could take note.

Power described it as a real thrill to have won an All-Ireland medal with his brother on the team - a mark of the man really.