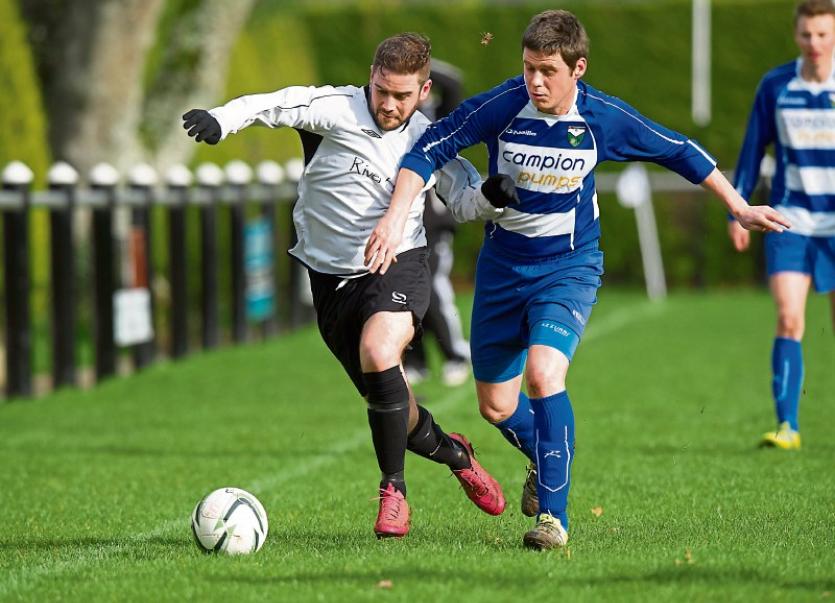 After a long period of upheaval Cahir Park finally seem to have steadied the ship and continued on a recent run of good form, by dumping Premier League Glengoole United out of this year’s Tipperary Cup.

The home side started well and dominated early play, getting a reward for their efforts in the 15th minute when a Mark Costigan effort from the edge of the box found the top corner of the net.

Things got better for Park five minutes later and they extended their lead when Tony O'Donoghue fired high into the roof of the goal with a shot from inside the box. Buoyed by this they continued to create chances and were unlucky not to score again as the visitors struggled to half time.

The second half was a different game however and United stormed back into it looking to get back into the game. They finally made a breakthrough in the 70th minute when Jamie Carey pulled a goal back. However they were unable to build on this, and despite dominating play for the rest of the game, they couldn’t peg the home team back and Cahir carried on into the draw for the next round.

Third Division Burncourt Celtic gave their First Division counterparts Galbally United quite a fright in this Tipperary Cup tie, but they eventually tired and saw the home side progress after extra time.

Celtic started well and had a couple of chances to score before they finally got the opener through Martin Burke when he headed home from a corner in the in the 15th minute. They continued to make all the running in the game and were unlucky not to go into the break with a bigger lead.

The home side finally settled in the second period and were level on the hour mark when Ger Quinlan received a ball from Quinn Perry and finished it beyond the reach of the Burncourt keeper.

Neither side could finish what half chances they got after that in normal time, but five minutes into the extra period, perennial goal scorer Quinn Perry got the home sides second of the day, and that was enough to send Galbally onwards.

These two teams played out an eight goal thriller in Newhill on Sunday before First Division Saint Nicholas prevailed on penalties to dump Borris out of this year's Tipperary Cup.

In what was a very open game right from the start, the visitors opened the scoring in the 15th minute with a goal from Eoin Riordan.

The home side came storming back however and two goals in ten minutes by Borris’ Richard McCarthy saw them go in front, before the Saints got a goal that they thought would bring them to the break level, after Chris Kirby fired home a minute before half time.

It wasn’t to be however as straight from the kick off the home side attacked and were awarded a penalty kick which was dispatched by Anthony Healy to give his side the lead at half time.

The second half was the same as the first with both teams attacking at will, and St Nicholas drew the sides level again on the hour mark through David Doherty.

Fifteen minutes later the same player broke the home sides defence again and put his side back in the lead, but a late goal from Borris’ Jack Cleere ensured the game went to extra-time.

Both sides were flat out on their feet in the extra period and neither carved out any real goal opportunities, leaving this game to be decided by penalty kicks, where the visitors kept their cool and went through on a four goals to three scoreline.

It was by no means a vintage performance but nonetheless Celtic are through to the Tipperary Cup 3rd round after an unimpressive 2-0 win against Second division Vee Rovers at Celtic Park on Sunday.

Celtic went in front when Kenny O'Shea finished well on 20 minutes, and the home side took this lead to the break.

In the second half the visitors came close on two separate occasions as Celtic failed to create any meaningful chances. However, Celtic finally scored a second with minutes remaining, after Kyle Kennedy created the opportunity, breaking into the box and finding Kenny O'Shea who slotted home from close range to secure the win.