'A credit to their clubs and to their families' 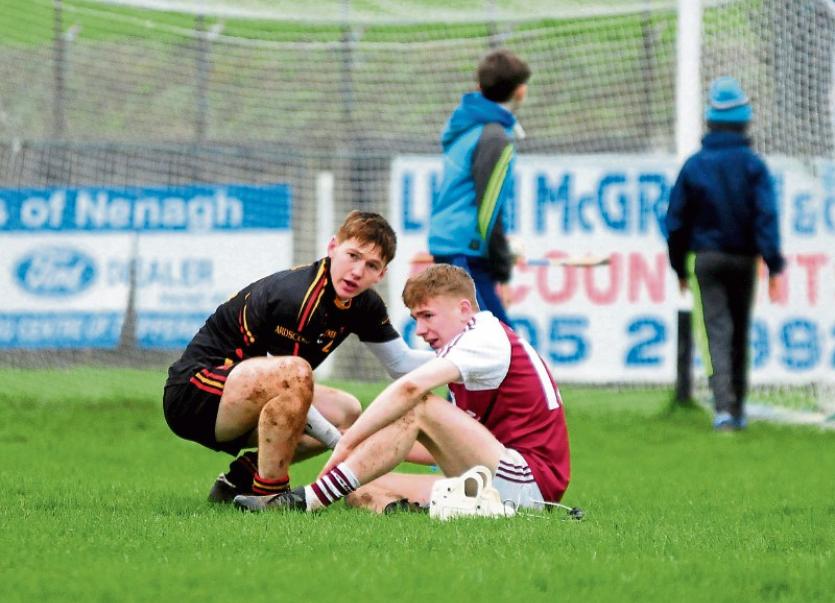 Our Lady’s Templemore manager Tom Byrnes gathered his players around him at MacDonagh Park, Nenagh on Saturday afternoon following the Dr Harty Cup final to deliver one message: the year is not over.

Despite suffering a three-point defeat to Árdscoil Rís the Our Lady’s team still has the All-Ireland series to look forward to. And, if Templemore apply themselves to that challenge there is every chance of a second encounter with Árdscoil.

“We are very proud of them,” manager Tom Byrnes revealed to the Tipperary Star on Saturday.

“There was only a puck of a ball in it there today. They gave a huge effort and they just came up short. The ball went in around the square there three times and with a little bit of luck it could have been a replay. It just wasn't to be our day, but we just have to get the heads up and go on again,” Tom Byrnes added - Byrnes was joined on the management ticket by Joe Gallagher and Noel Fogarty.

The conditions, which included a heavy pitch and driving wind, proved a telling factor at MacDonagh Park on Saturday. Árdscoil Rís were the physically stronger side and that element of the contest was not lost on Tom Byrnes: “Yes, and it probably suited them because they are so big. With us being a small school we are probably taking a few more fifth years and transition years than they actually have on the starting fifteen. It's hard for a fifteen or sixteen-year-old to compete with an eighteen-and-a-half-year-old especially in these conditions”.

In the wake of this final Árdscoil Rís manager Niall Moran was eager to pay tribute to both teams: “It was a battle royal. You would have to commend both teams. The conditions were very, very heavy. It was two teams who just gave it their all; it meant an awful lot to all of them and fortunately for us we came out of it with the victory on the day.

“But huge credit to Templemore - they gave it their absolute all. We are delighted to get away with the win”.

Our Lady's will face Gort Community School in the quarter-finals of the All-Ireland Post Primary Schools Croke Cup on March 5th - time and venue TBC.