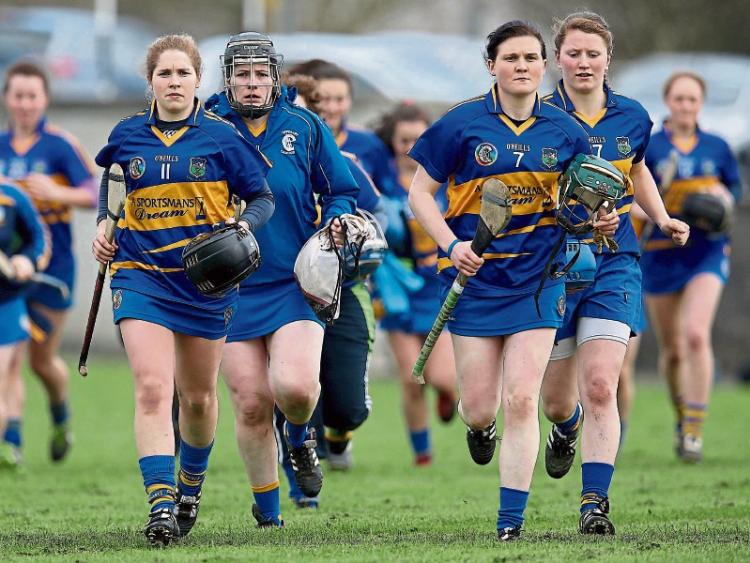 The Tipp girls needed a big improvement from the last game against Galway and started brightly with Jenny Grace getting the first score of the game.

Tipp enjoyed the majority of posession in the first half, but failed to make that count on the score board with some real scoring opportunities missed and going into the break the score was Wexford 0-9 Tipp 0-4 with Jenny Grace scoring 0-3 and Ereena Fryday scoring a point.

This is a game Tipperary should have won and the girls will know that, but too many scoring opportunities again were wasted.

However, considering that Tipp were without a number of regulars on the starting fifteen a lot of positives can be taken from this game. The girls now have a two-week break until the next game against Clare on March 13th. This will be a home game with a venue yet to be decided.

Tipperary Camogie would like to take this opportunity to thank Kilruane MacDonagh's GAA club for hosting this game and for looking after us so well on the day and for providing the refreshments after the match.

Minor A Championship - Tipperary 1-10 Dublin 1-4: Round two of the minor championship got underway on Saturday, February 27th in Roscrea when Dublin travelled down to play Tipperary in what was a very entertaining game.

Tipp soon settled down getting some fine scores thanks to corner-forward Grace O'Brien who scored 1-2 and with points from Sinead Meagher and Clare Stakelum leaving the half-time score reading Tipp 1-4 Dublin 1-2.

In the second half Orla O'Dwyer, having a fantastic game, added on three more points for Tipp and Grace O'Brien converted two more frees leaving the full-time score reading Tipperary 1-10 Dublin 1-4. This was a very solid performance from Tipperay. Great team work and some great individual displays featured from Orla O'Dwyer and goalkeeper Caoimhe Bourke who was very impressive in the goals. Well done to all concerned. This was a great win and a great performance - two wins from two. Next up for the girls is a game against Clare on March 12th. This is a home game with a venue yet to be decided.

Tipperary Camogie would like to take this opportunity to thank Roscrea GAA club for the use of their facilities and, especially, to Paul Phelan & Donal Kennedy for looking after us.

Under-16A Munster Semi-Final - Tipperary 4-9 Clare 2-6: Our under-16 girls travelled to Clare on Sunday, February 28th for their semi-final match against Clare.

Tipperary got off to the better start dominating play, but Clare soon found their feet scoring 1-1 without reply forcing the Tipp management to make a couple of positional changes which worked and Tipp went into the half-time break leading Clare on a scoreline of Tipp 1-4 Clare 1-1.

The Tipp girls dominated play in the second half and were just too strong for Clare, so much so that Tipp management emptied the bench giving some of the girls some valuable match time.

Well done girls on a great win. It was a fantastic team performance with some impressive displays from Caroline Brown scoring 4-3 and centre-back Caoimhe Pardue was excellent along with Laura Shinners and Thea Curtin.

The girls now have a Munster final to look forward to as do the under-16B team. Both games are scheduled to take place on Sunday, March 13th. We wish both teams the very best of luck.

All-Ireland Club Finals: On Sunday, March 6th the intermediate All-Ireland club final takes place between Cahir of Tipperary and Eyrecourt of Galway. The last twelve months have been a roller coaster ride for this great club and we wish the girls every success in Croke Park.

Annual Legends Tournament: On Saturday, March 5th the Tipperary Legends return to Dublin in search of glory having won the last two previous titles and hoping to make it three in-a-row. We wish them the very best of luck!

Golden Tickets: Don't forget folks that the Golden tickets can still be purchased from any County Board officer or any of the girls on the senior panel. So far the response has been unbeliveable and we thank everyone who has purchased tickets. Your support is greatly appreciated.