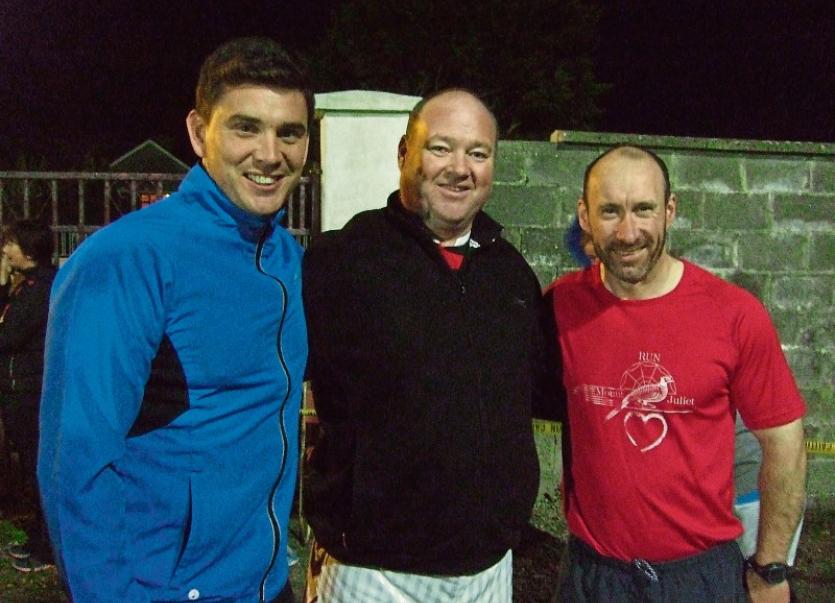 With just 2 rounds of the Track-Attack Safari Team Trek which is sponsored by Camsaw Distributers Ltd (main suppliers of OleoMac and Weibang lawnmowers) left to go, it is virtually impossible to predict the outright winners. Any one of 10 or more teams could yet put a run together to get them over the finish line as Team Trek victors.

The Rhinos are charging impressively towards the top of the table and now have the leading Gazelles clearly in their sights. Aoibheann Carr was their leading light in round 8 followed closely by Martin Fahy and James Gould. In total, their 7 scoring members on the night recorded a PB which in turn gained their team an extra 100 bonus points. Their performance on the night also showed what even a slight improvement in individual performances can do for their team. Deirdre Collins, Jack Galvin and Joanne Minogue gained 2, 6 and 9 points respectfully but these totals contributed enormously towards their bonus points.

The Bears are also growling loudly in the background and could well be the team to keep an eye on over the last 2 weeks. Celine McCarthy’s performances in the last 4 weeks have contributed brilliantly towards their rise to the podium. In round 8, Michael Ryan, Emily Bourke and Jacqueline Minogue are were also in bonus territory while their other quintet of members namely Denise Gould, Paddy Kennedy, Therese Groome, Paddy McCormack and Sean Young have been adding impressively to the teams overall scoreline in recent weeks.

For the second week running however, the Gazelles are gripping tightly to the leading position. They are showing how a team should work as the team members who miss out on a PB one week are stepping up to the mark the following one and as a result they are now the favourites to take the title. In round 8, it was the turn of Mary McLoughlin, Daniel Madden and Matilda Hayes to grab the headlines. The trio are joined by Siobhan Carr, Kelly Harrington, Clodagh Ryan, Ruairi O’Connell, Delia Ryan and Will Cooney on the leading team.

Outside of the top 3, there were also some excellent performances from members of the other 16 teams. Patrick Tynan was the leading Lion on the night while Margaret Meehan tore up the track for the Tigers. Cathal Rabbitte was the leading scorer for the Cheetahs, our youngest performer Sean Og Hayes lead the way for the Leopards while Carol Treacy produced her best performance to date to be the highest scoring Puma.

Team captain Richie Tynan showed best of the Warthogs, with Donal Ryan the strongest Buffalo on the night. Johnny Maher stood out for the Hyenas, Marie McGrath led the Antelopes chase, Helen Hurley ruled supreme for the Zebras while Jim Costigan continued his highly impressive form with the Meerkats.

The Wildebeests were led best by Aisling O’Connell, Pauric Stapleton hit the double maximum for the Crocodiles, the ever improving Paul Boyle was the supreme Impala, Lisa Kennedy just edged out Frances Stapleton as the leading Jaguar while the flying Bobcat team had Kathleen Ryan as their leading star on the night.