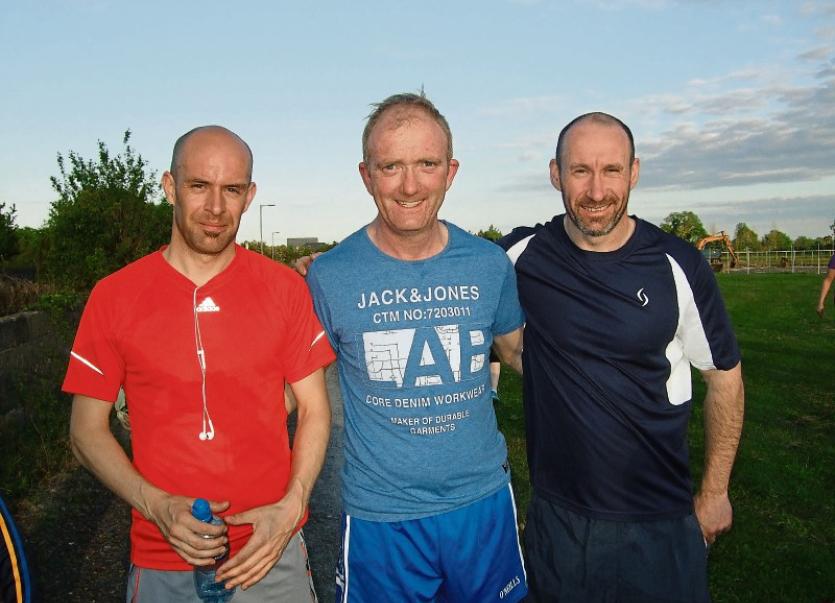 Denise Bears Down on Title

Led by their captain Denise Gould, the Bears have worked their way to the top of the Track-Attack Safari Team Trek League with just a single round to go. She was one of 5 of the team members who recorded a PB on the night, the others being Celine McCarthy, Michael Ryan, Emily Bourke and Sean Young. Their lead is less than 100 points which is slender in terms of many points a team are capable of winning or losing on a given night.

They have timed their climb to perfection however and are now the favourites to claim the overall title. The aforementioned quintet are joined on the team by Jacqueline Minogue, Paddy Kennedy, Therese Groome and Paddy McCormack who have all contributed handsomely to their team rise to the summit in recent weeks and the quartet could well be jewels in the crown when the final laurels are presented.

The Rhinos are poised perfectly to raise one last gallop and it would be foolish to underestimate the team’s ability to mount one last effort. Led by captain Mairead Long, they are a team of hugely consistent performers. Last week saw Joanne Minogue produce an outstanding bonus point performance as did Deirdre Collins and James Gould.

The leaders for the previous 2 weeks, the Gazelles are now sitting in third spot and the team led by Clodagh Ryan will still fancy their chance of claiming the title. Mary McLoughlin, Daniel Madden, Delia Ryan, Will Cooney and Matilda Hayes all recorded PB’s in round 9 and one last push could well see them regain their table topping position.

Our next Track-Attack Series begin on Monday night next and it’s entitled the Snakes & Ladders Series. It is again a team league so if you would like to be a member of a team, text your name to 087 6380649 by tomorrow night (Thursday).

Again the fundamental aspect of the event will be the “Fun Factor” and we will continue to encourage and promote this in all our events. This will be a 5 week Series with an entry fee of €10 for adults (€2 per night option is again available) while all our school going members are free of charge. Any potential participant has to be a member of Track-Attack which is available at €10 for adults and €5 for Under 18’s.

We have added a 5km distance to the Series so participants have the option of competing in either 3km, 4km, 5km or 6km. An outline of the Snakes & Ladders board will be displayed soon at the track. There will be 100 squares on it and it will include an amount of both snakes and ladders. As per the board game, if a team land on a ladder, they will climb the table as a bonus but land on a snake and you slide back down the table. The object of the game will be for the team to reach that magical 100 mark!!!!