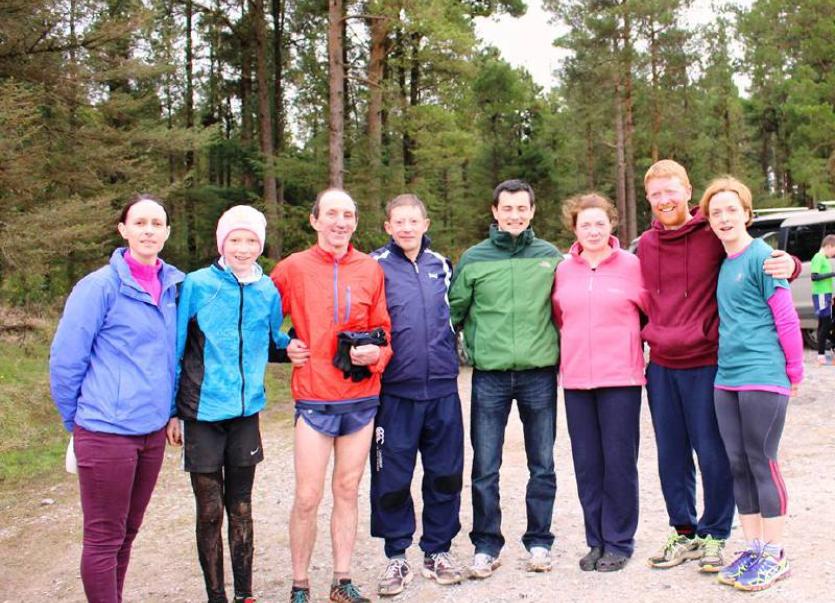 The Spring sunshine shone on Mooreabbey Milers AC last weekend. Michael Cunningham was busy as always. He finished third in the popular UL Rowing Club 5k. Michael was first in the Limerick ParkRun last Saturday in a time of 18.53. ParkRuns are held around the country each Saturday morning and are free to take part in. These runs are made possible by the volunteers who give up their time to make these events possible.

The Ballyhoura Active Series got off to a good start in Rathcoole, Co. Cork last Sunday 13th. Duhallow AC hosted the first race of the series. It was a 5k in aid of the local primary school. Our own Tom Blackburn came second in the race. Mooreabbey Milers AC will host the next race in the series. This will be a five mile race on Friday 13th of May. This race is open to runners, joggers, walkers and families.

Twelve club members took part in the MMRA Sunday League race in Glenanaar Woods near Ardpatrick last Sunday 13th. This was the third race of the Sunday League which has been very well supported by the club so far. Mary-Louise Ryan took her first win of the league with our own Marie O'Shea finishing as the second lady. Ger Griffin ran a strong race to come over the line in fifth place. Running well over the 10k route were Willie O'Donoghue, Brendan Houlihan, Robert Cunningham, Ewan Cunningham, Martina Moloney, Mary Pyke, Mandy Parslow, Honor Hayes and Michael Cunningham. Many of our member's children enjoyed the kiddies  and junior races which took place on some of the trails of the Canon Sheehan Loop. The next race in the league will be in Milstreet, County Cork on April 3rd. This will be a 7k route on Claragh mountain.

Leah Quane represented the club in the national indoor juvenile championships last weekend in Athlone. Leah narrowly missed out on a third place finish in the u/12 600m race. She finished in fourth place of a very competitive race. Congratulations Leah.

The Novice B county road championships will be held in Coolquill, County Tipperary on Sunday 20th. Good luck to our men's and lady's teams who will compete on the day.

There will be a host of races and fun runs on locally over the St. Patrick's weekend. Best of luck to our members who will run in the Mallow ten mile road race on Sunday 20th of March. See our Facebook page for more details.

Mooreabbey Milers AC train each Tuesday and Thursday night in the community field, Galbally at 7.00 pm. All are welcome to join us.