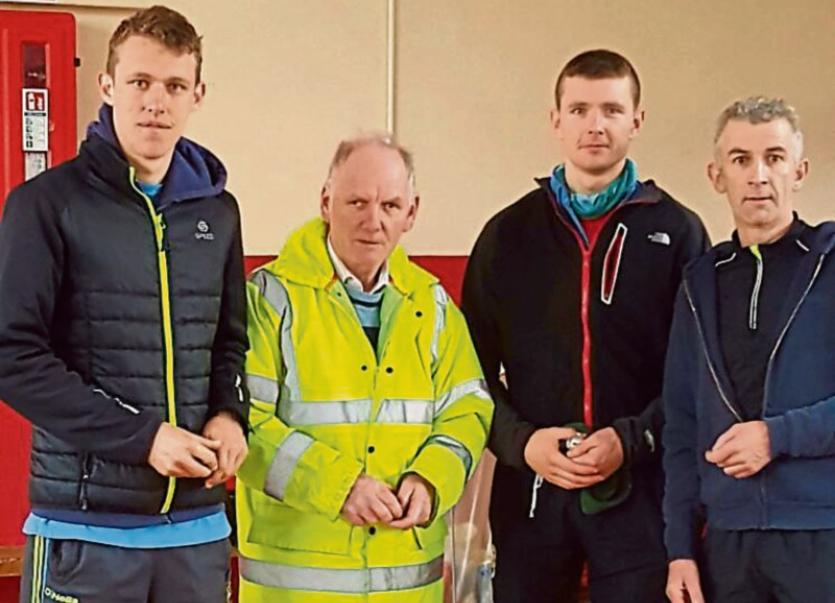 The County Novice B Road Championships was hosted by Coolquill AC in Ballingarry on Sunday the 20th of March.

The Ladies race was held over 3km. First home for the club in a strong finish was 5th Laura Armstrong in 12:14, who was challenged by an athlete in the last 500m, she was followed by 7th Karen Coughlan in 12:47 who also finished strong holding off two athletes on her heels at the finish line, 10th Emily Leahy in 13:17. There was only 4 points between the top 3 ladies teams. The girls did well to finish 2nd winning Silver, just 4 points behind Moyne AC and on the same points as Clonmel AC. By Emily maintaining her finishing position the club had their 3 athletes finish before Clonmel AC, therefore winning Silver.

The Men's race was held over 6km. First home from the club was 2nd Dermot Hayes in 21:07 winning Silver. Dermot had a fantastic race and outpaced 3 other athletes competing for 2nd in the last km. Next home was 6th Michael J Ryan in 22:11, 11th Eamon Morrissey 23:01, 14th Sean McGrath 23:23, 20th Noel Casey 24:25, 21st Declan Buckley 24:36 and 23rd PJ Holmes 25:56. Fantastic running from all, great team effort from Noel and Declan pushing each other. Dermot, Michael J and Eamon won Silver in the team event falling short of Gold by 2 points to Coolquill AC. Well done to all.

Well done to Kevin Moore who ran the MSB St Patrick's Festival 5k on Sunday the 20th of March in Dublin. Kevin had a fantastic race to finish 14th in a time of 15:53 in a field of nearly 1,400 runners.

Fit4Life is Monday and Thursday nights. Current time is 7pm. Meeting at the Scout Hall in Dundrum.

The next Championship outing for the club is the Munster Novice and Senior Road Race in Kilnaboy, Co Clare on Sunday the 3rd of April. Any club athletes who want to go should notify Martin Keane.