Golden do enough to reach final

County U-21 B Football Championship semi-final 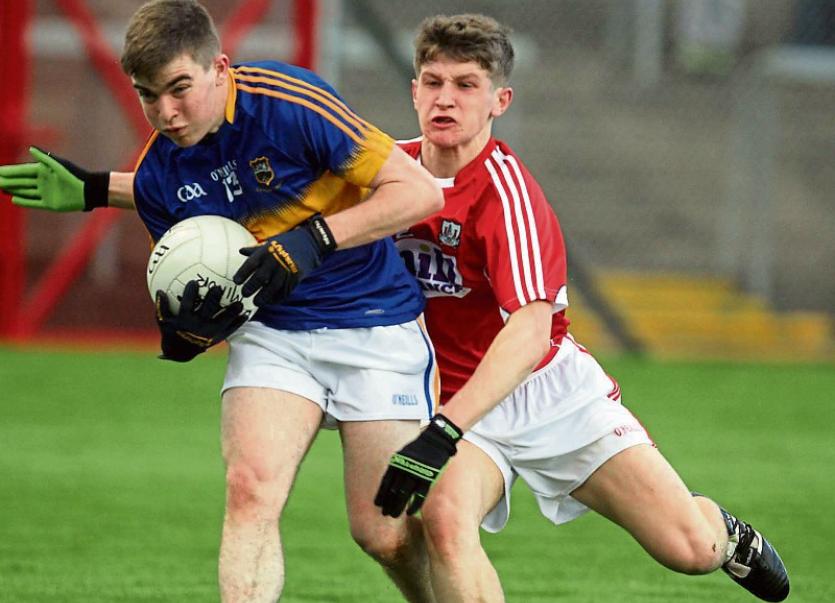 A dominant second half display from Golden/Kilfeacle ensured their place in the County U-21 B County Football Final as they overcame the challenge of Moycarkey/Borris at Clonmel Sportsfield last Saturday evening.

The second half dismissal of Moycarkey/Borris defender John Cussen made a tough task all the more difficult as they trailed late on, and although forward Anthony McKelvey found the net in the dying moments it wasn’t enough, and Golden/Kilfeacle held on.

McKelvey fired over the first score of the game to give Moycarkey an early lead but it was the only time they held an advantage, as Golden hit back with points from Seanie O’Halloran and Ethan Rodgers to give them a lead their early possession deserved.

The best opportunity to raise a green flag in the early stages came in the 9th minute when Moycarkey/Borris' Michael Foley found himself with time and space 15 metres out but he chose to go for power, firing over to bring the sides level when a goal looked on the cards.

The second half saw Golden open up a four-point lead as Seanie O’Halloran and Josh Keane took control of the game and it was O’Halloran who scored the first point of the half with a sublime effort .

Daniel Currivan posted his first score of the game after 34 minutes after good work in the build-up from O’Halloran. Four points was cut to three when Anthony McKelvey scored a point from a free after 43 minutes but any hopes of a Moycarkey comeback were soon hampered with the dismissal of defender John Cussen with 15 minutes remaining.

Shane O’Connell, Josh Keane and Seanie O’Halloran added to the scoreboard for Golden and although McKelvey responded with 1-1 in the dying moments time ran out.