The View -Surprises in both senior codes 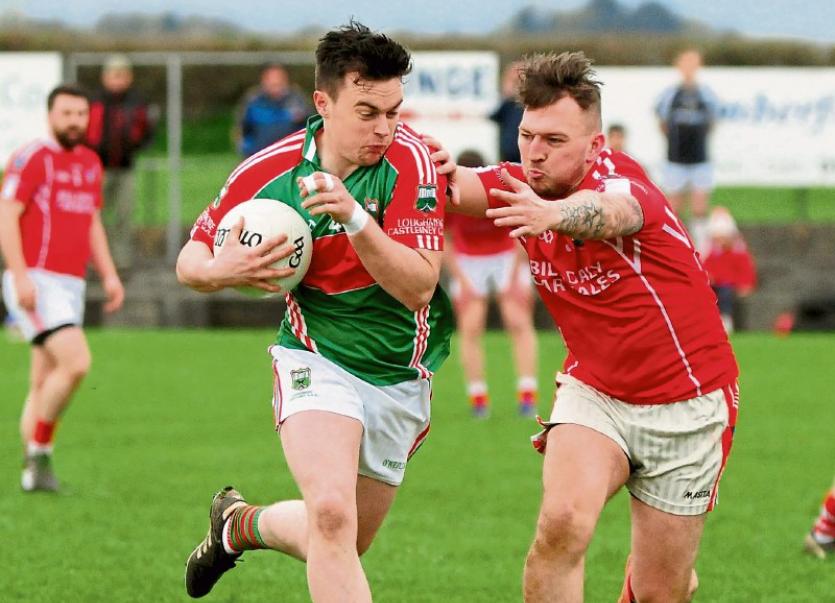 A few surprises along the way last weekend between the hurling and football senior championships. There were good, if slightly eyebrow-raising wins, for Holycross Ballycahill, Mullinahone and the Swans over Toomevara, Templederry and Moneygall respectively in the senior hurling championship - all victories thoroughly deserved. Sarsfields meanwhile disposed of Borris-Ileigh as expected while Portroe overcame Lorrha.

The bookies probably got the first three games wrong - Cathal Barrett hurling up a storm for Holycross Ballycahill; Eoin Kelly bagging 0-6 for the Mullinahone lads against a surprisingly disappointing north champions outfit; and Swans taking flight against Moneygall in the Anacarthy clash.

There'll be more surprises in store too as the games progress - Clonakenny will feel very unlucky not to have gotten something from their first game in the grade following promotion. They were sucker-punched by a Philip Ivors goal in the dying moments of their clash with Ballingarry in Boherlahan, and now have to get something from their games with Ballina and Silvermines in order to avoid the race for the drop back down again.

The football too saw victory for Drom-Inch over Ardfinnan - perhaps not the surprise one might think. The mid men are formidable footballers and could easily make significant progress in the championship, if the small ball doesn't distract their efforts.

Champions Commercials were very comfortable winners over Killenaule while Loughmore Castleiney and Galtee Rovers proved a much tighter affair at 0-7 to 0-6 in favour of the mid men.

Benny Hickey and Liam Casey proved to be the key men for Cahir as they overcame a game Upperchurch Drombane, while Arravale and Kilsheelan Kilcash ended all square.

JK Brackens fell to Ballyporeen - the Colin O'Riordan affect is being sorely missed there - while Moyle Rovers, rather surprisingly lost to Aherlow by a point. The Thomas MacDonagh vs Eire Og Anacarthy game was called off.

Next weekend sees another fourteen county senior hurling matches down for decision over Saturday and Sunday, with eight county intermediate hurling games on Sunday. It's proving very difficult to see games, and even more difficult to publish reports on them all in the press. Special editions will be required if many more games end up on the clár - we stand at sixteen for next weeks papers now. Bumper reading!!

You would always have thought that had Kilkenny managed to score 2-19 in a game, they would win that game. Not so on Sunday though when a fabulous Clare effort rounded off a fine afternoon of Allianz National hurling league semi-finals in Semple Stadium.

Ten goals between the two games - three of those for a Waterford side which supposedly doesn't score goals - made for a great spectacle with Waterford and Clare set to contest the final now on the Bank Holiday weekend.

Kilkenny stung for four goals - it's unlikely that Brian Cody will be losing too much sleep over it. Clare were on fire and the challenge for them now will be to replicate that energy in the final and thereafter. If they have the staying power, they will be very hard to beat.

Waterford showed their class in the second half when they shook off a resilient Limerick and the league final looks set to be another cracker.

Stephen Cahill and Aidan McCormack of Sarsfields have been added to the senior hurling squad for the forseeable future andwill be given a chance to show what they can do. The pair have consistently been on top of the pile in the club scene over the last few seasons and the management have responded by calling them up up at a time when the pace of the game is moving up a gear and the sod is firming up - just the kind of conditions both would prefer. Funny enough, it was their clubmate, former Tipp man Pa Bourke, who starred in the Sars' win over Borris-Ileigh.

The move is a shrewd one by the management and perhaps is a reaction to the number of niggly injuries being picked up by players - training games require full numbers if selectors are to accurately assess how hurlers are progressing. In the absence of competitive matches now, those training games are going to be very important as the weeks trickle down towards the Cork game on May 22nd in Semple.

The minor hurlers and footballers are in full swing with the footballers falling to Cork in Pairc Ui Rinn on Wednesday evening last - they are out again tonight (Wednesday) against Limerick in Semple Stadium. The lads showed plenty of character in that game and really took it to the hosts - let's hope the game will have stood to them when they welcome the Shannonsiders to Semple Stadium.

The hurlers meanwhile get their campaign underway when they visit Walsh Park Waterford on Saturday afternoon to play the home side. They have prepared very well for the championship and will want to get off to a winning start. With no dual players, there should be little distraction one hopes.