Clonoulty/Rossmore defeat another North side to maintain unbeaten run 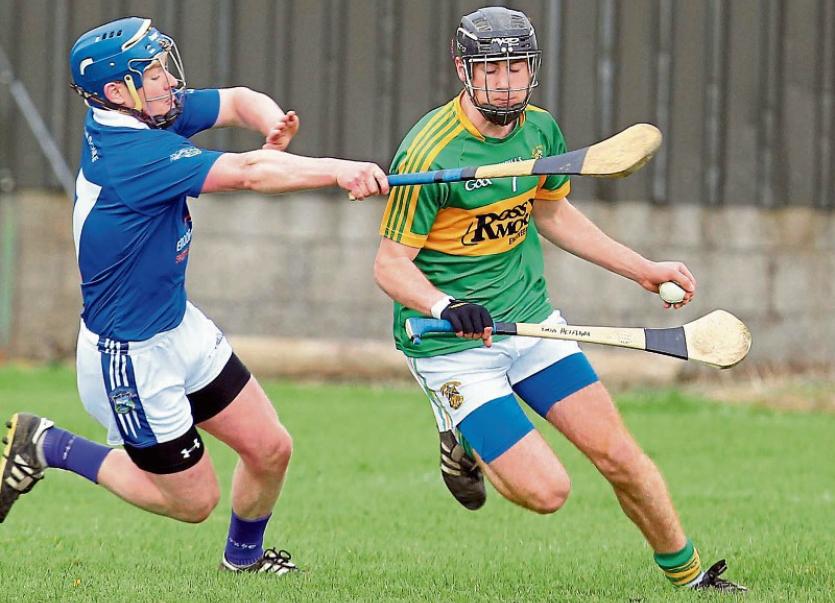 Clonoulty/Rossmore put in an impressive second half performance to overcome a determined Lorrha-Dorrha challenge following a below-par County SHC second round encounter in Dolla on Sunday afternoon.

Having overcome a fancied Kilruane side in the opening round Clonoulty went into this encounter hopeful of building on their bright start to their campaign but injuries to Timmy Hammersley and Padraig Heffernan ensured a re-configuration of personnel.

Lorrha, on the other hand were welcoming back the services of Patrick ‘Bonner’ Maher and Noel Hogan following their narrow loss to Portroe, and from the throw-in took the game to the West side.

Despite an early missed free from close-range, Cian Hogan atoned in the second minute with Lorrha’s opeing point from play before Conor Hammersley (free) replied for Clonoulty. Lorrha went on to dominate the opening ten minutes though with a further Cian Hogan point and efforts from Brian Hogan and Eoin McIntyre ensuring Joe Errity’s charges led by three by the eleventh minute.

Patrick Maher added Lorrha’s fifth in the 13th minute after taking over the freetaking duties from an off-form Cian Hogan but Clonoulty slowly but surely ground their way back as the half wore on.

Two further frees from the stick of Hammersley brought Clonoulty to within two but Patrick Maher retorted with a brace from frees to restore Lorrha’s earlier advantage. As the half drew to a close corner-forward, Michael Ryan fired over Clonoulty first from play in the 26th minute to keep Clonoulty with touching distance.

Lorrha’s full-forward, Willie Maher responded with a fine effort before further indiscipline in defence from Lorrha gifted Conor Hammersley a 29th minute point from a close-range placed ball. Hammersley was on target from play again seconds later before Brian Hogan polished off Lorrha’s finest move of the half after Eoin McIntyre rose highest to catch and he linked up well with Ciaran Duggan who deftly fed the inrushing Hogan.

Clonoulty narrowed the gap again though right on the stroke of half-time with the impressive Sean Maher raising a white flag to see his side trail by just two at the interval, 0-9 to 0-7.

Clonoulty narrowed the gap to just a solitary point with a quick-fire Paudie White point upon the resumption. Patrick Maher responded with a fine effort from range before Christopher Fogarty latched on to Brian Hogan’s long-range free and delicately slipped the sliotar past the advancing Declan O’Dwyer for the only goal of the game.

With the breeze at their backs, Philip Quirke’s charges hit back with points from Hammersley and Maher before Lorrha almost netted a second after Patrick Maher’s low drive towards the left hand corner of the Clonoulty net was well-saved by the diving O’Dwyer.

Clonoulty’s comeback continued though and for the final 20 minutes they outscored Lorrha by nine points to two. Unanswered points from Paddy Ryan and Conor Hammersley brought Clonoulty to within one before Hammersley brought his side back on terms with a 45th minute free.

Lorrha battled hard to regain the initiative with Eoin McIntyre almost netting in the 48th minute but with Lorrha racking up the free count it wasn’t long before they opened a five-point gap.

Lorrha mounted a late determined surge with points from Willie Maher, Ciaran Haugh and Patrick Maher cutting Clonoulty’s lead to two but an injury time point from John Devane halted Lorrha’s late gallop and ensured a hard-earned and deserved victory for the men in green and gold.

Man of the Match: Conor Hammersley.