School's U-15 team records big win over St. Anne's Killaloe in the final 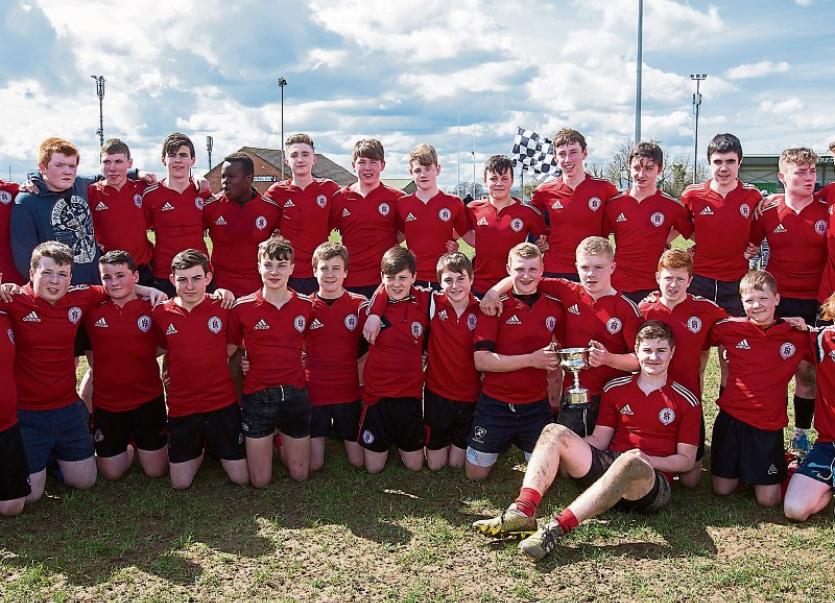 Clonmel High School's U-15 rugby team made it two Cleary Cup victories in as many years when they defeated St. Anne's of Killaloe, Clare in this year's final at Clonmel Rugby Club.

The High School won a hard-fought final against Abbey CBS in last year's decider but this year's final proved to be a one-sided affair, with High School running out 33-0 winners.

The pitch at Clonmel RFC was in perfect condition and support from both schools created a carnival atmosphere before kick-off.

After soaking up this early pressure High School centre Shane Fitzgibbon counter-attacked, with his pace not going unnoticed.

After ten minutes the impressive Eddie McIntosh made a zig-zag run for the line, only to be held just short. High School committed numbers to the resulting ruck and scrum half Cathal McGuigan fed Enda Dunphy to drive over for the first try of the game.

After sixteen minutes a great backline move saw Shane Fitzgibbon change his angles of running and accelerate to finish underneath the posts.

After twenty seven minutes McGuigan sniped his way over the line from the base of the ruck to extend the High School lead.

Fly-half Josh Power was on great form from play and from penalties and he converted all three first half tries to leave the score 21-0 at the break.

Killaloe fired up after the restart and once again enjoyed some early pressure, with centre Liam Hart making some fine breaks through the High School backline.

It wasn’t to be Killaloe’s day however, as another try on forty-two minutes effectively ended this game as a contest.

This time the High School pack led by captain Cian Walsh made massive ground through direct running. Killaloe were committing more and more numbers to defend and with space increasing in the wider channels High School ran the ball through the hands to find Jack O’ Loughlin in open space for a well-deserved try. Power missed this conversion, his only miss of the day.

With two minutes to play second row Mark Sheehan showed great awareness to tap a quick penalty and manoeuvre himself all the way to the line. Power converted to put the seal on the victory.