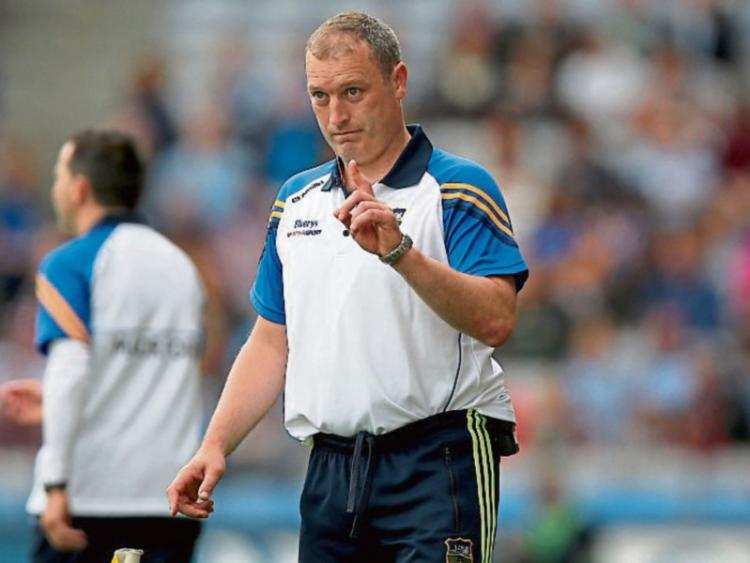 Tipperary cooked their opponents slowly, but surely in a mature display (2-15 to 0-12) at Cusack Park, Ennis on Wednesday evening.

Playing with the wind in the opening half Tipperary raced seven points clear and then, in the second half, Liam Cahill altered the structure of his side, sprung an auxiliary defender from the bench and frustrated the home side before counter-attacking effectively - the two late game-clinching goals were a direct result of the shape Tipperary placed on this contest. Such a pragmatic approach is likely to yield a dividend in most contests (attendance 1,191).

The form of Ger Browne at midfield and Mark Kehoe in the forward line caught the eye, but the quiet efficiency of Jerome Cahill in defence best captured the nature of this Tipperary performance. Tipperary were generally neat and tidy in their work and allied composure on the ball to a raw determination in the tackle.

There was, however, one significant caveat: this Clare team lacked real pedigree. Indeed, the fact that the Banner required an extraordinary performance from corner-back Keith White and goalkeeper Killian Nugent was a fair indicator of their side’s distress.

Points from Jerry Kelly, Lyndon Fairbrother and Shane Neville presented Tipperary with a 0-3 to no-score lead inside the opening eight minutes before Clare struck back with three points of their own between the 9th and 11th to tie the game - Shane Neville (free), Seán O’Loughlin and Conor Tierney were responsible for these efforts.

The sides traded points thereafter before Tipperary hit seven consecutive points during a dominant eleven-minute period. Ger Browne propelled Tipp into a 0-5 to 0-4 lead in the 15th minute before efforts from Mark Kehoe and Shane Neville forced Liam Cahill’s men three clear by the 20th (0-7 to 0-4).

A long-range effort off the stick of Ger Browne flagged the significance of the prevailing wind in the 21st minute while points from Cian Darcy, a brace from Browne and a Lyndon Fairbrother free helped Tipperary into a 0-11 to 0-4 lead by the 26th.

In all seven different players had, by now, contributed to the Tipperary tally while the Clare goal had already survived a number of close shaves, most notably in the third minute when Cian Darcy was denied by a terrific Killian Nugent save. Indeed, the Clare full-back line was required to hurl out of their skins during this period.

Clare’s first score in fourteen minutes materialised in the 29th minute when Ian Murray converted a free before the Banner conjured a terrific goal-scoring opportunity in the 31st when Gary Cooney’s rasping shot flew narrowly wide.

An eye-catching long-range point from Mark Kehoe brought the opening half to a conclusion with Tipperary leading by seven (0-12 to 0-5).

Despite the breeze it was hard to see Clare mounting a comeback. And, especially when Tipperary created another terrific goal-scoring opportunity in the 31st minute - this time the Clare ‘keeper advanced to spoil a Mark Kehoe effort which ultimately bounced wide.

Tipperary extended their lead to eight points when Ger Browne drilled over a cracking left-handed effort from distance in the 35th minute, but Clare fought back with efforts from Ian Murray (two, one free), Seán Kennedy and Kieran Galvin to reduce the deficit faced by the home side to four (0-13 to 0-9) with twenty minutes to play.

Tipperary responded with two well-worked scores from Mark Kehoe in the 41st and 46th minutes while Liam Cahill opted to re-structure his side in time to face the final quarter - Jake Morris was introduced and handed a defensive role which allowed Brian McGrath to adopt a deeper role in front of his full-back line.

A well-timed supporting run from Kieran Galvin appeared to have created a significant goal-scoring opportunity for Clare in the 47th minute, but Jerome Cahill recovered in time to expertly hook the Clonlara man. Two minutes later Seán O’Loughlin pulled on a long-range Clare free which dropped short - on this occasion the strike flew over the bar, but it could just as easily have found a home in the roof of goalkeeper Ciarán Barrett’s net.

Entering the final ten minutes Tipperary led by five (0-15 to 0-10), but Clare poured forward in search of scores and were rewarded for their genuineness in the 55th and 57th minutes when Ian Murray (free) and Conor Lynch reduced the margin to three.

Clare’s predilection to push forward, however, played into the hands of Tipperary who were now set up to counter attack effectively. Cian Darcy benefited significantly from the space he now enjoyed in the Clare half of the field. In the 58th Clare ‘keeper Killian Nugent conjured a stunning save to deny the Kilruane man a certain goal, but there was no denying Darcy a minute later when Dillon Quirke’s smashing stick pass set up Darcy for the opening goal of the game. Four minutes later Tipperary counter-attacked expertly once more when Ger Browne set up Dylan Walsh who made no mistake with a neat finish in the third minute of injury time.

In all Tipperary fired eight wides (Clare ten) and dropped six shots short (Clare four) while the home side edged the free count 12-9.