Liam Cahill: 'I am not going to send a group of young fellas soft up the line' 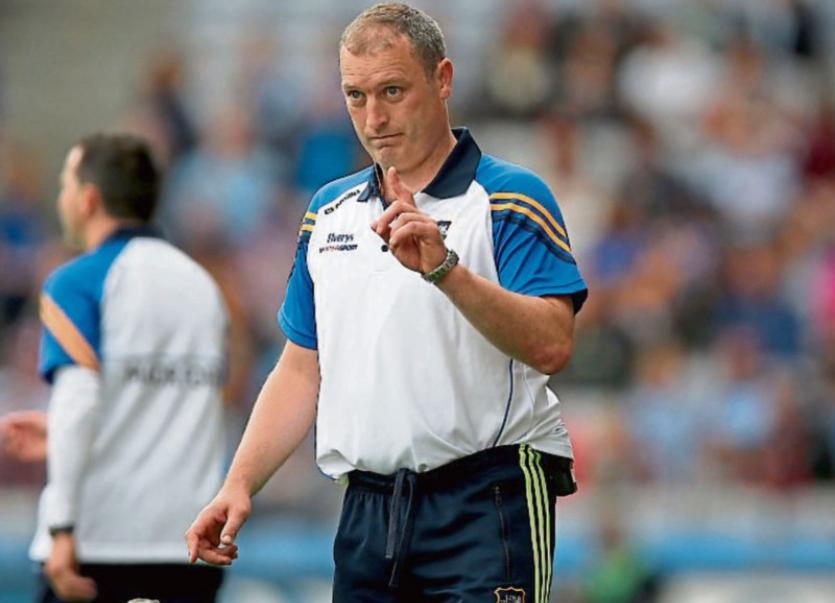 Liam Cahill declared that he intended to make his minor set-up a “competitive environment”, that he was not going to send “soft” hurlers “up the line” and demanded buy-in from players and parents alike as the Premier now prepare to take on Cork in a Munster semi-final at Páirc Uí Rinn, Cork on Thursday, June 30th (throw-in 7.30pm).

Since his appointment in 2014 Liam Cahill has warmly received the assembled press corps post-match, but at Cusack Park on Wednesday evening the face of the Ballingarry man was marked by a shadow of impatience. Since losing in the opening round of the Munster championship to Waterford (1-17 to 1-20) questions have followed Cahill around. The air has been thick with retribution and there has been plenty of anguished hand wringing in Tipperary. For Cahill, in particular, the charge sheet remained a daunting one, but following Tipperary’s 2-15 to 0-12 play-off win over Clare Cahill must have felt that he could look his critics in the eye. Indeed, Cahill had plenty to get off his chest.

“We are going to have to improve a lot from tonight,” Liam Cahill told the Tipperary Star.

“And, we are going to have to get an awful lot of things in order too - say with our team, our set-up and the young fellas, in particular, as well. We are going to have to get full buy-in from everybody, including a lot of these young players' mothers and fathers. I have shipped a lot of criticism since the Waterford match and received a couple of phone calls from parents - I suppose it's a parent's nature to feel that their own geese are swans, but the bottom line is that we are in a competitive environment here in Tipp and not all geese are swans. That's the bottom line,” Liam Cahill said - the Ballingarry man is joined on the Tipperary minor management team by coach Michael Bevans (Toomevara) and selectors John Sheedy (Portroe), Seán Corbett (Thurles Sarsfields) and TJ Ryan (Clonoulty-Rossmore).

The success or failure of the Tipperary minor team in 2016 will not be attributed to a lack of irrigation. Cahill is now preparing to trust his instincts and set off a number of controlled explosions in his playing squad during the coming weeks.

“It's competitive in here and I am going to keep it competitive because I have been on the prowl for the last couple of weeks at club matches,” Liam Cahill explained.

“I have five fellas earmarked to come in next Tuesday night (to training) that have performed with their club and deserve to be in with us. And, there are one or two that we let off early in the year that are doing a bit of crying and their mammies and daddies are doing a bit of crying that they are not in the squad. They will get a chance again to see whether they are up to it or not. We are going to look forward now to really putting the shoulder to the wheel and driving on from this.”

Liam Cahill appreciates that he can play a significant role in the development of elite players and he has no intention of progressing “soft” hurlers up the line to under-21 manager William Maher and, of course, senior manager Michael Ryan.

"It has to be positive,” Liam Cahill asserted.

“The bottom line is that this job I have is a big job. They can say that Michael Ryan has the biggest job in Tipp, but I have the biggest job preparing the next generation of young hurlers; the future hurlers for Tipperary. And, I am not going to send a group of young fellas soft up the line. Let's be honest about it - there is no point in I handing players up to Michael Ryan or William Maher at under-21 soft or not ready for the battle. And, they have to hear this at home as well and they have to understand that hurling will prepare them for everything. We are going to bring them in under the influence of Michael Bevans and prepare these fellas every way possible for the battle required to play inter-county hurling which will stand them in good stead in life as well.”

This year Liam Cahill made a reasonably controversial decision when he announced that he would not entertain dual players - the Tipperary minor hurling manager asserted that he was only prepared to entertain players who were committed to hurling and hurling only. As a result Cahill shipped criticism, some of it acute in nature.

"The pressure is never off in Tipperary when you take these jobs. I hope the pressure is off for a little while because it will give us a chance again to get our house in order,” Liam Cahill said.

“Hopefully the switch board in Tipp FM won't light up as bad as it did last Monday night with Ronan Quirke (presenter of the Extra Time show) and these so-called Tipperary supporters will start talking a bit of sense and stop talking through the sides of their mouths. (I hope they will) start understanding that I am a Tipperary man, but they must also remember that I am a Tipperary hurling man and I love my hurling. I will do whatever is required to put Tipperary hurling where it needs to be. And, if that means going the route that I have gone - as long as I am here on my watch that's the way it will be. So, close the book on it now everybody. It's Tipperary hurling with me, end of story.”

Reflecting on the game against Clare Liam Cahill was most obviously pleased with the improved performance and the manner in which Tipperary dealt with the challenge of the Banner.

"It was a difficult, difficult night,” Liam Cahill admitted.

“It was always going to be - coming to Ennis to play Clare was always going to be difficult. And, I suppose we made it difficult on ourselves as well. We were not as clinical as we should have been in the first half, particularly, maybe, in the first ten minutes. We had chances to tag on easy scores as I would call them and they just did not seem to happen. We left the game hanging until Cian Darcy's goal, but I thought we were obviously better. The first game against Waterford has helped us. I thought we were better in the way we set ourselves up and I thought we were better in the moves we made to close out the game. It's a work in progress. We are happy to get out of here with a win.

"With young minors you never really know until they are put into the melting pot what way they will react,” Liam Cahill added.

“Some fellas came through the game in Walsh Park (Waterford) reasonably well, more didn't and there's more potential in them, but we have to get our balance right and it's going to be a tough job over the next six or eight weeks before we face Cork down in Cork. When I took back on this role last November I knew that it wasn't going to be simple. I knew we were going to be on the road all year. We have a massive task to go down to Cork to play Cork in a semi-final and they are red hot favourites. Don't let anyone tell you any different - they are red hot favourites. They have so much success got at underage and at developmental level that they feel that this is their chance to win, not just a Munster championship, but an All-Ireland this year. To go down and play them in Páirc Uí Rinn we are going to have to be really right for it.”