Killenaule and Mullinahone march into knock-out stages with strong displays 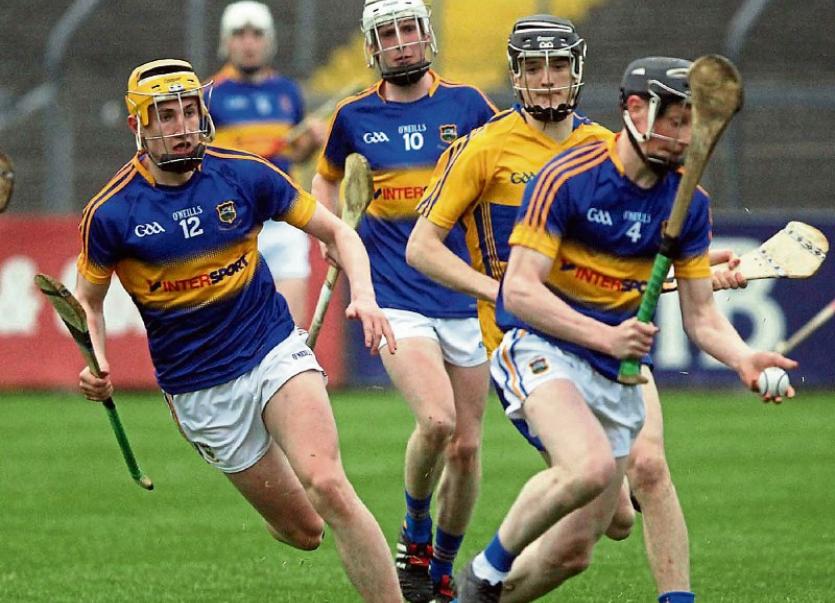 While the replay of the league final was the dominant story nationally, locally there were many headlines too.

It was a huge weekend on the local club scene with plenty of sifting and sorting being done in the various groups of the county championship.

The South division was prominent among the highlights with both Mullinahone and Killenaule producing late swoops against Nenagh and Drom/Inch respectively.

That Mullinahone win, I suspect, scuppered a few bets. Without the suspended Eoin Kelly it looked like one that Nenagh should negotiate, but I suppose any team player-managed by Paul Curran is unlikely to go meekly, whatever the odds.

It must have been dramatic viewing at Templemore as the South champs won a late, late penalty while trailing by a single point. Given their inferior score difference a draw was no use so Sean Curran went for it and duly delivered a precious result. They go through to preliminary quarter-finals while Nenagh will have to win the North to re-enter the Dan Breen campaign.

I was in Boherlahan watching another South side, Killenaule, pull off an equally dramatic late rescue against Drom/Inch in a contest I’d rate the best I’ve seen at club level this season.

While others give out about systems and sweepers and crowded middle-thirds, this was free-flowing and fluent from the beginning. Thirty eight scores, including six goals underlined the spectacular nature of the offering.

While Sean Curran was the hero at Templemore, ‘Bubbles’ was the man of the moment at Boherlahan. Two goals in the final ten minutes, including a late leveler, left Drom shell-shocked. In fact he nearly stole a win right at the ‘death’ but his effort under pressure from the sideline drifted just wide.

It was a marvelous spectacle, one that Drom led for most of the journey but could never quite close the deal. The sides shared four goals in the opening twenty minutes. Kieran Bergin’s opener for Killenaule came after a bright start by Drom who looked like swamping their opponents. Then we had a double whammy from the Mid side, Woodlock and Callanan steering home goals in rapid succession. Before the interval Eoin Barry had another for the South who trailed by five at that stage.

That remained the pattern for the remainder of the contest. Drom were eight up entering the final ten minutes but from there to the end Killenaule out-scored them by 2-3 to 0-1.

It was dramatic stuff. ‘Bubbles’ first goal, set up by young Eoin Barry, looked like consolation stuff, but when Niall O’Dwyer put him through for another the game was tied. A few nervous moments ensued before a draw was the final verdict.

It was great entertainment. Declan Fanning rolled back the years for Killenaule with a hugely influential role; Joe O’Dwyer grew into the game after a poor start while ‘Bubbles’, Bergin, the Doyles and company kept the pot boiling in attack. When you add in young players like Cillian O’Dwyer and Eoin Barry, Killenaule has a rich mix of talent. If they can stop self-destructing and develop team cohesion they’ll be a match for most.

For Drom the result piles on more pressure ahead of their winner-takes-all final game with Upperchurch; that will be one not to miss. When you take control as they did at times in this game you ought to see it out. Callanan slipped past Paddy Codd for the goal but otherwise was quiet for long spells; he’s still struggling to rediscover the swagger of last August.

The second game at Boherlahan was interesting for half an hour. Kickhams were level at half time, 1-8 to 0-11, Brendan Ryan the goal getter. Chuck in eleven first half wides from the West side and the scenario could have been much healthier.

On the resumption, however, the West lost its way. A lack of composure with dropped possession, missed passes, wrong options etc. handed Noel McGrath and colleagues some easy pickings as they popped points at will.

Kickhams did retaliate with a Davy Butler goal and might have had a few others with Jonathan Gleeson by far the busier of the goalies. However, the points kept rolling for Loughmore and they eased home in the end.

You sense that Kickhams need a few steady, stabilizing players in key positions to keep the team’s composure intact. Without that they’re a bit flighty and prone to errors. It’s a pity because there is talent in the side like county minor, Ger Browne, who hit one of the best points on Sunday. Unfortunately the relegation trap now looms large.

There were other interesting games at the weekend. Few expected an Annacarty side without Paudie O’Dwyer and Brian Fox to bother Sarsfields – but they did. Into the last quarter on Saturday evening at Dundrum and Eire Og went a point up before Lar Corbett and company did just enough to slip through the gap.

It would have been the shock of the weekend – even the season? - if Eire Og pulled that one off. I’ve heard rave reviews of the contributions by Conor O’Brien and Tom Fox. A bad injury to Paul Downey it seems didn’t help their cause. Whatever their player limitations you always have to admire Eire Og’s tight-knit spirit.

In the same group Borrisoleigh got a scare with a late Shane Fletcher goal earning a draw for Roscrea. Barring a heavy defeat they’d still have got through on score difference though I’m sure there were some nervous moments when they heard of developments at Dundrum.

Borris’ were without Brendan Maher and Paddy Stapleton, both injured in vigorous training with the Tipp panel earlier in the week. A sharp twitter broadside aimed at Michael Ryan and his management was quickly withdrawn, but, inevitably, not before it had gone viral. Withdrawing a tweet is like asking a jury to disregard something they’ve just heard; they can’t.

You can hardly expect a Tipperary management to press pause on its training just over two weeks out from the championship. Besides injuries will happen and a Borris’ side with notions ought to be able to cope with this Roscrea team while minus a few players. The fuss must have been embarrassing for Conor Stakelum.

In Roinn 2 there were a few significant results, such as that Burgess win over Holycross. It means the Mid side loses out on the head-to-head rule. Also losing out are Ballingarry who drew with Ballina but were pipped on score difference. And Clonakenny’s first win since going senior sees Jason Forde’s Silvermines head into the relegation mix.

All this activity then has effectively reduced our county championship to thirteen teams – twelve when Drom and Upperchurch play their game. Effectively the Dan Breen series starts from here. The only additional entrants will come from divisional winners, if they’re not already in the mix. I suppose you could make a case for Annacarty and Nenagh in that regard but it’s difficult to see who else might get in.

For relegation then the battle lines have also been drawn: Silvermines, Kickhams, Moneygall and Moyne will enter the draw with two going down. That draw will have to await the divisional championships though there’s little chance any of the four will escape through that route.

Meanwhile our county minor hurlers got back into the groove with a win in Ennis, which is no easy place to prosper. Two late goals seem to have put a gloss on the end margin though they did win from the front. I was amazed when I read in advance the published line-out for the game showing no change from the Waterford defeat. Were there no lessons learned? I needn’t have worried, only a handful of players started as they did in Walsh Park.

It was an important win for Liam Cahill and colleagues, one that gives them close to two months now to prepare for an ‘away’ semi-final with Cork. The manager was bullish in interview after the game. He’d do well to ignore those pesky parents, though I was pleased to hear some of his other observations, such as the developmental role of the minor grade.

Sadly there’s a section of the Tipperary GAA public eagerly waiting for Liam Cahill to fail. One of their mouthpieces was in print shortly after the Waterford defeat with the same old discredited line on the dual players. Expect more of the same if they lose to Cork in the semi-final.

Finally the league final went some way towards redeeming hurling after the stagnation of the drawn match. It was a pity the crucial spin of events turned on a refereeing error. Waterford can feel aggrieved, though there were poor decisions on both sides during the seventy minutes. The championship re-match in June should be some event. I still think we gave Clare the break in Ennis which has really ignited their season.