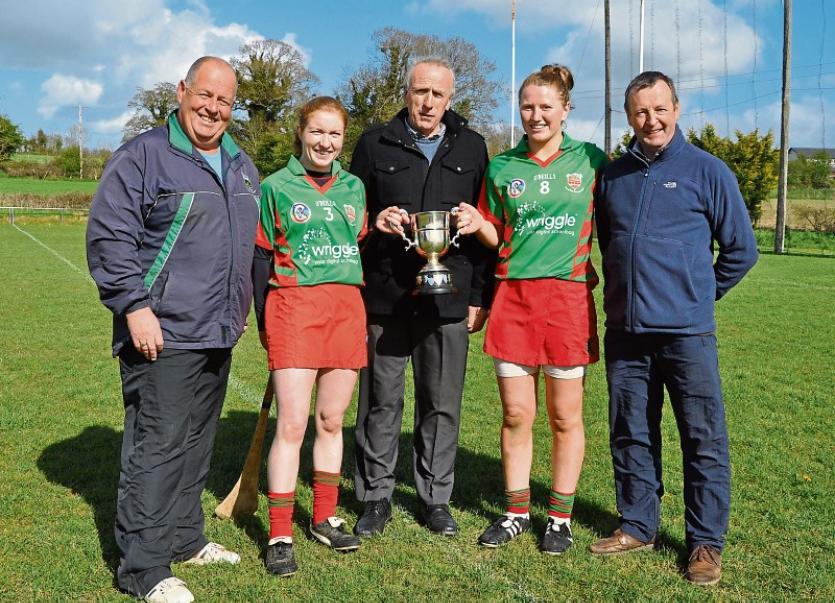 It was a very busy weekend domestically with the county senior hurling championship taking shape big time. All, bar one group has been decided from Roinn 1 with the picture of Roinn 2 emerging very clearly.

Surprises aplenty too with Nenagh Eire Og perhaps bearing the brunt of the biggest surprise in that they don't qualify for the county championship and must now win the North championship in order to stay alive - they meet last years north finalists Templederry in that divisional championship, so it will be no easy task for them to emerge.

Group one is the only one to be undecided at this stage with the postponed clash of Drom-Inch and Upperchurch Drombane set to be the decider. Drom-Inch are struggling and only managed a draw against Killenuale - their second draw of the campaign. So, Killenaule and Drom-Inch are on two points apiece, with Upperchurch Drombane on three. It's easy to work out the scenario then for that all-important clash later in the month.

Sarsfields and Borris-Ileigh qualify from group two, while Kildangan and Mullinahone come through from Group 3. And, in group 4 Clonoulty Rossmore and Kilruane MacDonagh emerge. Dropping back down to Roinn 2 for next year then will be JK Brackens, Roscrea, Templederry and Lorrha - they, like all those in Roinn 2 next year will not be competing for the Dan Breen Cup.

Roinn 2 therefore was very competitive as all teams were bidding, not just to advance, but to be in the Dan Breen mix for next year. And out of the groups come Burgess, who lowered the Holycross Ballycahill banner; Carrick Swans; Loughmore Castleiney and Ballina. Into the relegation dogfight then are Moyne Templetuohy, Moneygall, Silvermines who were were beaten by Clonakenny, and Knockavilla Kickhams.

Clonakenny's victory was well celebrated and eased their relegation worries. Instead the four sides in the mix must now await the divisional championships before any draw can be made to determine what the pairings will be.

Again, there were some fine clashes in the third round and it has been interesting to hear Tipp selector Declan Fanning lauding the championship to date. At a media briefing on Monday in Cashel, the Killenaule man admitted that he side stepped marking Seamus Callanan in their clash with Drom-Inch stating that it would be very difficult to mark a guy you are coaching and trying to create a bond with in the county setting. But, he added that the additions to the county panel of the likes of Donagh Maher (Burgess) who had another fine game against Holycross Ballycahill, and John O'Keeffe (Clonoulty Rossmore) who has been very impressive also, indicates the open ended nature of the squad. Impress in the club scene and you'll be in the shop window.

O'Keeffe's return is welcome - a fine sturdy club player, he was the unfortunate victim of the 2011 All-Ireland Final debacle when calls all round were being made for Brendan Maher to be included in the starting fifteen - it probably didn't help that the Manager Declan Ryan was his own clubmate. It put massive pressure on him and of course Brian Cody added to it by placing Henry Shefflin on the unfortunate defender. John O'Keeffe can have a lot to offer Tipp and it's great to see him getting another chance.

News that Barry Heffernan has been stood down for a 3 week period is a blow to club and county - the concussion protocols must be adhered to for the welfare of the defender - he has 9 to go now.

Better news for Tipp in that John McGrath and Brendan Maher are both winning their races to be fit for the Cork clash on Sunday week, eventhough neither played for their clubs at the weekend - a tweet from the Borris-Ileigh account was critical of Tipp Boss Michael Ryan for the training undertaken by the county players during last week, in the run-up to the club games. Both Brendan Maher and Paddy Stapleton missed the Borris' game, but they survived and qualified. The tweet, which embarassed the club, was taken down very quickly, but not before causing a stir. The keyboard warrior involved apologised for the ill-timed outburst, according to Tipp captain Brendan Maher.

Elsewhere, Tipp goalie Darren Gleeson was in the news, rather than the sports pages this week -Tipp folks will hope the custodian, regarded as having a very safe pair of hands, can be in the right frame of mind for the Rebels.

Clare's snatching of victory in the replayed Allianz NHL Final resulted in much celebration in Semple Stadium. It seemed to be heading for extra time, when Tony Kelly popped up to fire over a winner. A much better game than the drawn match, there will be some atmosphere when they return for the championship in June.

Tipp's minors emerged from a tricky Ennis assignment and have bought some time before their end of June clash with Cork in Pairc Ui Rinn - another sure-to-be stern examination of Cahill's men after the Leaving Cert.