To represent Tipperary at All-Ireland Féile 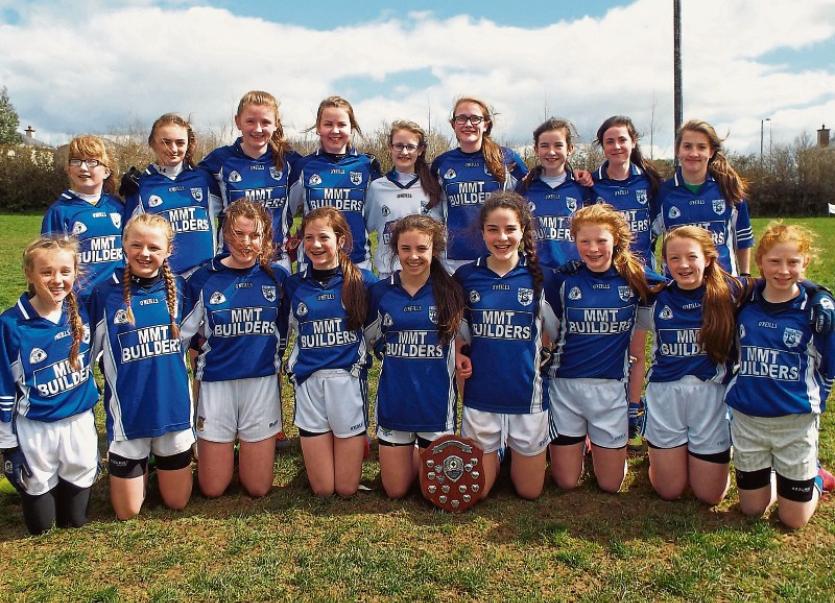 Fethard U14 Féile panel have made history by winning the Fethard club’s first ever county Féile title.

Preliminary games were played against Cahir and Boherlahan and with two victories this qualified us for the county semi-final against Galtee Rovers.

On April 30, the Fethard girls took the road to Bansha and after an excellent game of football between evenly matched teams, the Fethard girls were holding on to a three point lead with minutes to go. Our backs held firm as Galtee searched hard for a equalising goal, even denying them when a penalty was awarded in the last minute of the game. This qualified us for the final.

With sprits high we headed to Monroe, which earlier that day seemed a bit of a pain, but at this moment was no inconvenience whatsoever. Aherlow were our opponents –a strong side by all means – we had come across them before and another tough game was guaranteed.

The game ebbed and flowed. Aherlow held the lead for most of the game but the Fethard girls showed great heart to stay involved. Two quick goals saw us with a three point lead with minutes left to play.

Aherlow pressed strongly with all their force but Fethard dug deep. With some excellent defending, including a goal line clearance and woodwork coming to our aid, the Gods were surely on our side. The relief on the field and from the sideline, was obvious when the final whistle sounded to tremendous joy for all.

All girls on the panel can be proud of their efforts with victory earning the right to represent Tipperary in the All-Ireland Feile finals being held in Ballymacelligott, Co. Kerry, on June 24, 25 and 26. We are sure they will do Fethard and Tipp proud.