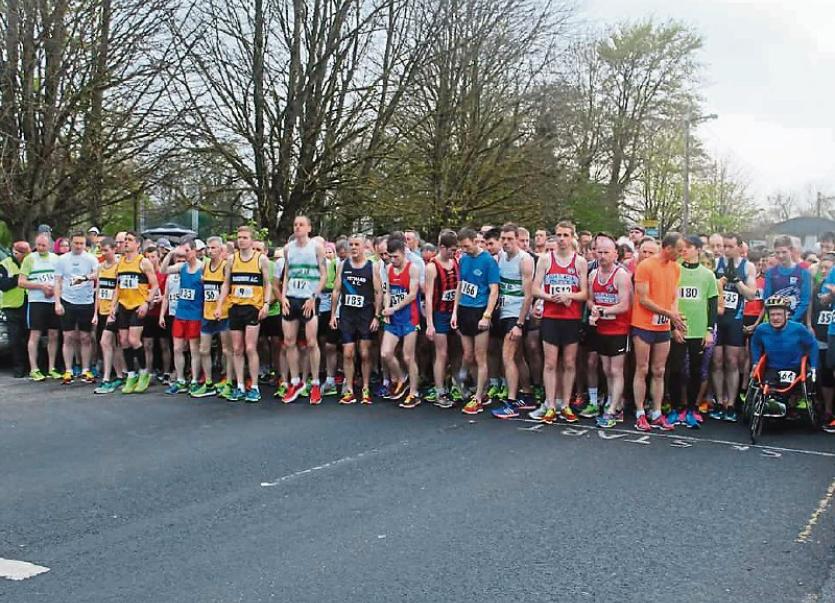 Brendan Kinane suddenly passed away in December 2015. His passing was a shock to everyone. He was a well known man, who gave his full commitment to anything he turned his hand to.

He worked in Ballydoyle Racing, ran with Dundrum AC, played badminton and participated in taekwondo. His true passion was clearly running and he always trained hard. He ran all the various distances including a few marathons. Last year he was competing very well in his age category.

While training Brendan would often speak to his best friends, Michael Ryan, Kevin Moore, Michael J Ryan and Willie O'Dwyer about how it would be great if the club could host a 5km race over the same loop we use for the Coilte 10k, but to do one lap instead of two. It was these four men who started a committee to make Brendan's wish become a reality.

On Wedneday the 4th of May the race became a reality and what a reality it became! The success of the race exceeded all of our expectations. Brendan being such a popular man in the running, horse racing and the local community brought a collosive crowd of 606 to compete in this 5km race in his memory. From old to young, walkers, joggers, runners and wheelchair participants. Everybody was out in force. This didn't include all those who volunteered their time to help with stewarding, registrations and helping out the tea and cakes afterwards.

It was a lovely race with good weather conditions. It was great to see so many people out, some completing their first 5km. First home in the race was one of Brendan's best friends Kevin Moore, Dundrum AC in 16:19. It was great to see Kevin come home first, especially considering the race was in memory of Brendan. Brendan took Kevin under his wing when Kevin was only a teenager. Kevin was presented with a trophy by Brendan's wife Ruth, which was sponsored by Ballydoyle Racing. Second home was David Ryan, Clonmel AC in 16:24, third Arthur Larry, Derg AC in 16:38. The first Junior Man was Aaron Quigley, Derg AC in 17:10. The winners of the Over Categories were; M40 Keith O'Brien, Clonmel AC 17:23, M45 Dermot Hayes, Dundrum AC 17:18, M50 Thomas Blackburn Mooreabbey Milers 17:32, M55 Billy Prout, Clonmel AC 22:10, M60 Tom Halpin, Ballynonty AC 20:12. Jerry Forde, Blarney won the wheelchair event in 30:43.

The club really came together as a team, everybody baked and made sandwhiches and served everybody after the race. It was arguably one of the best after race refreshments that was ever seen at a race. With many compliments from the participants on how good it was. The club athletes and the race committee also helped with the hall and course set up and on the night, and with flyers and promotion in the weeks leading up to the race. So a huge thank you for your time and commitment.

Thanks to those who took the registrations, Niall O'Sullivan of Premier Timing Systems, Order of Malta/Dick Hennessey, all our stewards, the Scout Hall, Knockavilla/Donaskeigh GAA Club and O'Dwyer Steel (Matt Ryan) for the use of their car parking facilities.

After the expense of the race is paid for, the monies left will be used to purchase an AED defibrillator for the Club and the community to be located at the Scout Hall in the coming months.

Brendan would have been proud of us all.