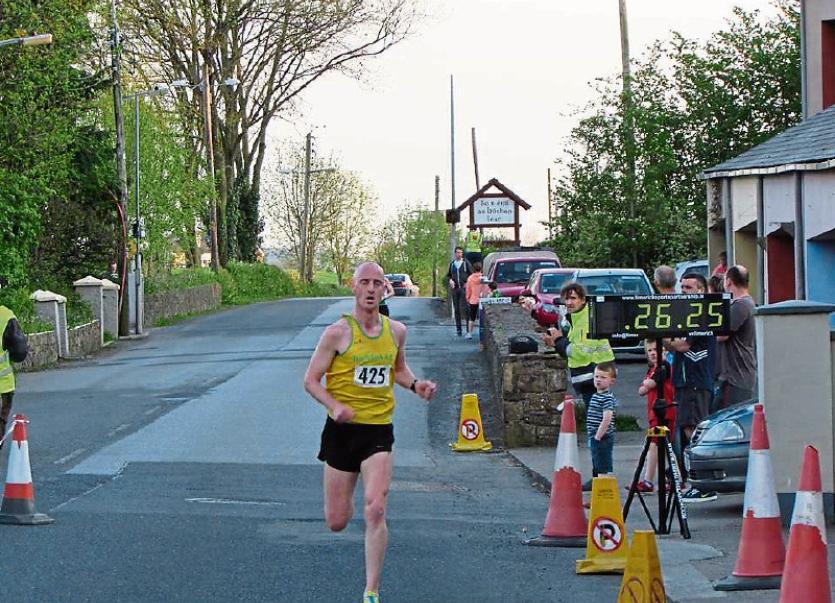 We were in Galbally for the start of the Ballyhoura Active series in Limerick anyone who ran on the night had a special treat as well as the fabulous weather on Friday we also were handing out our new Hats, Buffs and Baseball caps to the first 50 runners.

The event was a total success as the clubs turned out in force in their club singlet’s from Riverstick in Cork to Ballynonty in Tipp to Ennis track AC in county Clare.

There was also the taste of Ballyhoura Hampers which were a great hit Clotilde Fitzgibbon of Clotildes fruit Compot handed out one of the Hampers and Cathern Lynch North Cork AC , represented JJ’s craft beer and handed out the second Hamper.

The race was won by Michael Herlihy of North Cork AC who was pushed hard by Declan Moore of Bilboa AC last year’s winner and the 3rd man home was Danny Smith from Ballynonty.

The Lady’s race was won by Cathriona Farrell An Bru AC 2nd was Clotilde Fitzgibbon of Grange Fermoy AC and 3rd was Kealey Tideswell of Clonmel AC.

Kilmallock AC are in the spotlight next Friday night as their 5 mile race is next in the series, registering is in Deebert House Hotel from 6.30 pm and the race is off at 7.30 pm. The Hats, Buffs and Baseball caps will be handed out to the first 50 people on the night so get there early. The Hampers will also there and you could be the lucky winner this week.

Kilmallock AC also have the Jim Hogan Memorial cup which will be presented on the night to the winner, To be presented with this cup on the night would be a special honour as the great Jim Hogan only passed away late last year and was race starter on the night. Jim was a great runner and a great character and a true sportsman.

This route is a flat fast course and some of the best runners always turn up here Kilmallock AC will also welcome all couch to 5 km runners and a flat course like this should be no problem to them, runners will be also able to get a sports message after the race.