League clash counts for nothing as Rebels come raiding to Semple 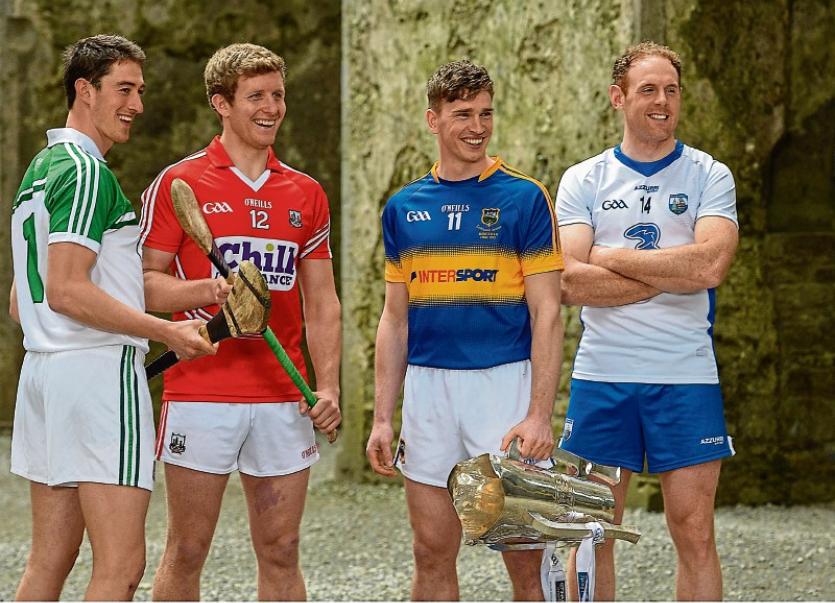 Commemoration of 1916 has been a recurring theme in Tipperary and nationally since the start of the year and while much of the focus has been on the events surrounding the Easter Rising, a wider lense provides much food for thought in The Premier County.

For instance- and this will take many blue and gold supporters by surprise- it is 100 years since Tipp prevailed against Cork in the Munster championship in a year ending in 6. Yes, a century ago, Johnny Leahy led his men to victory by 5-0 to 1-2 en-route to winning the All-Ireland against Kilkenny in a game incidentally not played until January 1917.

So, when Brendan Maher leads out his men in Semple Stadium on Sunday afternoon next, they will be bidding to bridge a century old gap.

It's doubtful that this little nugget of history will be on the minds of the Tipp players as they burst from the tunnel under Ardán Úi Chuinneain to engage in their warm-up prior to throw-in on Sunday, but it is still something for supporters to mull over. There aren't many bits of history left to create, but a win on Sunday would certainly result in the quill being taken to the history books to re-write the annals.

Whatever about the historical significance of Sunday's game, the actual significance for this group of Tipperary players cannot be understated - it is a crucial game, a must-win clash, and an encounter which will leave hurling people in little doubt as to where Tipperary stand for the season.

There has been a lot of talk about how poor a league campaign Cork endured. However, probe a little deeper and it's clear to see that they showed too what they are capable of - they deserved to get something from the clash with Kilkenny and then went to Salthill and beat Galway to survive and maintain their top flight status.

It's not the case, therefore, that Cork are coming in to Semple Stadium under the radar. The Tipperary players have been well warned, are rightly on their guard and know only too well what a potent force The Rebels are in Semple Stadium -one only has to revert to 1990 when a no-hoper team from Leeside came up for the Munster Final and scuppered the chance of four Munster titles in succession against an unbackable Tipperary. On that day donkeys did win derbies as Cork made an ass of Tipp - Michael Ryan, Conor Stakelum and John Madden were all knocking around the panel at that time and know full well all about Cork.

That year resulted in Tipperary having a lot of injuries and there are parallels with this season too in that the treatment table has been well occupied from early in the season. However, Coach Declan Fanning (Killenaule) is hoping that a clean bill of health will be declared for Sunday with Barry Heffernan the only player ruled out due to recovery from concussion.

Captain Brendan Maher and attacker John McGrath are on the mend and expected to be able to take their place in the starting fifteen, should they get the nod.

Fanning alludes to the bond between the players themselves and management, the trust that has been built up and the determination to work for each other - he avoided marking Drom-Inch's Seamus Callanan in a recent club game due to the close ties between the pair in the inter county setup.

“The bond is not new really in our camp but it is something that each management would be trying to build on each year. You trust each other and because of that you will fight for each other on the field. Things have been freshened up this year in the new set-up with John Madden and Conor Stakelum coming on board. I would have learned loads last year as a selector alongside Eamon O'Shea and when the chance came up to coach the side I was thrilled to take it on,” he told The Tipperary Star this week.

The club championships have been running in tandem with preparations for the provincial championships and Declan describes this as being 'healthy' especially since there has been such a lengthy lay-off from the Clare game to next Sundays encounter. The players have been allowed to 'throw off the shackles' in club games and have engaged in high intensity, high-tempo scenarios in training as well. These scenarios have focused on combatting playing against teams adopting sweepers - a route that many feel Cork will go down in a bid to protect their much maligned inside full back line. If they do, Tipperary will be well versed for the approach - if they don't Tipp will hope to be in a position to capitalise as they did in the AHL clash back in March.

Declan of course was at wing back in the last Tipp team to win the All-Ireland in 2010 and, although still plying his trade for Killenaule, he marvels at how quick the game has gotten at inter county level since. “It would frighten you,” he says and he can understand the sense of frustration and urgency of some of his former colleagues from that year, that further All-Ireland medals have not followed.

“2010 is well and truly gone now and the lads know it. The players who were there back then are well in their prime now and they want to push on and win something. It is as much about the younger players stepping up to the mark now as it is about the lads who have already done it, winning more medals,” he says.

John O'Keeffe (Clonoulty Rossmore) and Donagh Maher (Burgess) have been included in the squad and this open ended panel attitude gives club players something to play for, and keeps those with panel positions on their toes.

Since the Clare game, Tipperary have been working hard and have upped the ante in training. They have tried to address the issue of losing games late-on and while Declan points to it being a rather freakish occurrence during the league, it was still something which commanded attention.

“We felt that our approach dropped back or dipped at stages during games and we also identified a need to tighten up defensively in closing stages - that means getting tackles and hooks and blocks in, not just in the backline, but starting at number fifteen. We've worked on that and chatted it out in a bid to rectify the problem,” he said.

Sucker punches aside, Tipperary had a very encouraging league which saw the likes of Ronan Maher, John McGrath and Michael Breen really nailing down places and emerging as leaders. There won't be a big change in personnel really when the team is named prior to the game and the familiar look is perhaps encouraging with a settled approach often the best course of action when facing keen rivals such as Cork.

There will have to be a never-say-die attidude with each blue and gold jersey backing up the next. High energy throughout the side will be neccessary and Tipperary won't be able to afford the high wastage ratios which were evident at times during the league campaign - especially against Clare in the quarter final Ennis.

Taking the game to Cork would seem to be the logical manner in which to go about securing victory - not giving them time to settle on the ball; not allowing them to take the initiative; suffocating the supply lines to the Rebels sharpshooters who can hurt Tipperary if they get the ammunition.

It all seems to simple on paper - fortunately the players and management have been doing their bit in the training field as well.