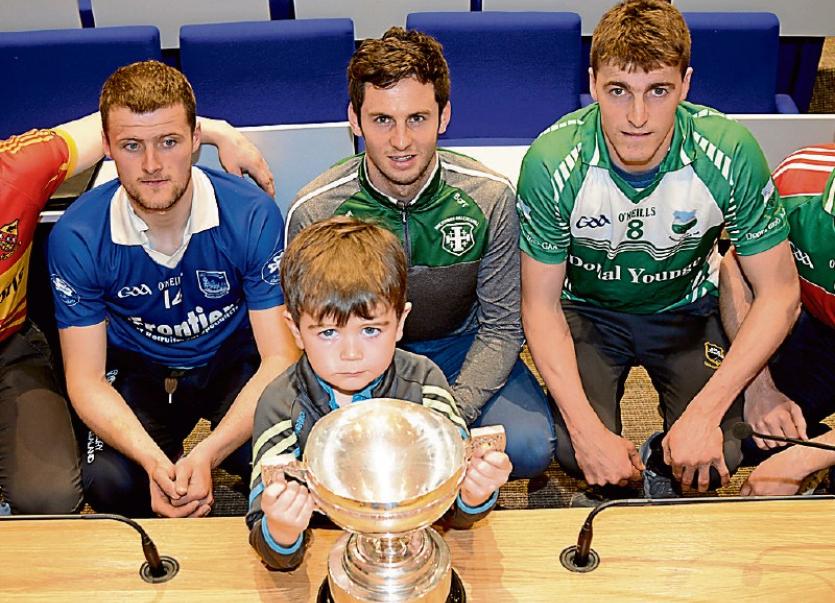 Corks visit to Semple Stadium on Sunday afternoon next is the only story in town this week as we ready ourselves for the beginning of the Munster championship, writes Noel Dundon.

On the face of it, Tipperary should have no difficulty in dispensing with The Rebels considering the manner in which the Allianz National Hurling League played out. But, who would be foolish enough to put their house on a Premier victory?

Delve a little deeper into the deep lake of the championship and the waters become a little more muddied. Suddenly the victory over Cork in the league which was comprehensive, to say the least, becomes almost meaningless. The Cork performance against Kilkenny, though ending in defeat, showed what the red and white army can do and if any further evidence were required, well, Tipperary were put on notice with Kieran Kingstons charges showing in Salthill against Galway - a game which preserved their top flight status.

Cork will really fancy their chances on Sunday against Tipp. They know that they will get a game of hurling against a team which will hurl fifteen on fifteen. Granted Tipp have had the upper hand in recent times but Cork are also coming in under the radar so to speak and with little enough to lose. They love to come to Semple Stadium where they know that the sod will be to their liking and perhaps to their advantage. But, have they the wherewithall to really hurt Tipperary?

There is a real question mark about the Cork defence, especially the inner line, and one would hope that Tipperary can capitalise there. In attack Cork have potential, but Tipperary's defence is very settled and solid - in fact, the defence played very consistently throughout the league really and problems with winning games had as much to do with what was happening up front as anything else, eventhough there were some late events in a few games and sucker punches towards the death.

It's likely that Tipperary will have a fairly predictable line-up - can't see too many changes from the norm. That means that Darren Gleeson will likely man the posts, behind Barrett, Barry and Cahill in the full back line, and Bergin, Ronan Maher and Padraic Maher in the half back line. Captain Brendan Maher will likely partner Michael Breen in the engineroom and after that the six forwards will probably be John O'Dwyer, Bonner Maher and Jason Forde in the half forward line, and inside the McGrath brothers John and Noel will likely flank Seamus Callanan at full forward.

The possiblity of Niall O'Meara making a start is also there, but instead of who?

Tipperary played Dublin behind closed doors last week and while reports of such 'hush hush' matches normally escape, the low-down on this game has been very limited. The lock-out is more or less a norm now with county teams approaching big games - even Kilkenny adopted the same template in 2015. But, the latest action from Tipp has drawn ire from some quarters with the general comments following along the lines of, sure what are we trying to hide at this stage? ; doesn't everyone know what we have by now?

Those sentiments and the fact that the Board is currently trying to sell the County Draw while at the same time closing the door on supporters - and let's face it, it's the real die-hards who attend the training sessions - have been articulated by a few observers over the course of last weekend.

Of course management will point to the benefits of having 'private time', away from prying eyes - and there have been prying eyes we are informed. But, would it not be better to take training or games away to other club grounds instead, if privacy is required? One can see the benefit of playing a game in Semple Stadium in advance of the Cork game there, but there will be other occasions on the horizon when keeping people away could be better managed.

Sean English, a retired Garda Sergeant was part of the Wexford squad which won the 1960 All-Ireland Final against Tipperary by 2-15 to 0-11, Padge Kehoe getting 1-7 for Wexford on the day -remarkably it was Wexfords first ever championship win over Tipperary. Sean lived in Nenagh, and hurled with the local club as well as with Roscrea during a successful period for the club. He also threw in his lot with Tipperary winning an Oireachtas medal in the early sixties, but considering that he was knocking around during one of Tipperary's most successful ever eras, it was very hard to make a breakthrough into the team.

A resolute defender with hurling aplenty, he loved going to the games and was very highly regarded as a great Gael, a fine officer of the Force, and a gentleman. Sympathies to the bereaved on his passing.