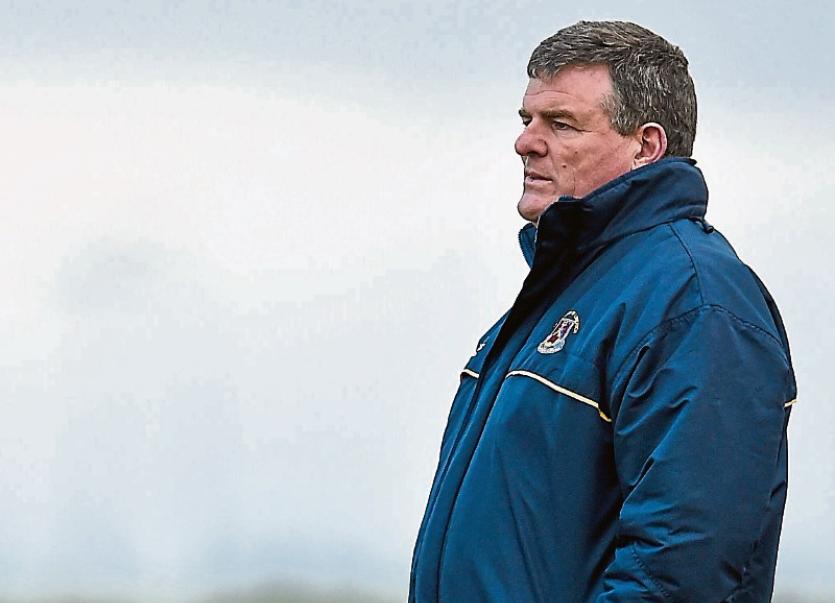 "Tipperary have only won two Munster Championship matches in the last ten years or so and we would see it as a backward step if we don't beat Waterford. On that basis we want to win that game and there is a big carrot there for both sides in a clash with Cork", he says.

“They are notoriously difficult to beat in Fraher Field (in Dungarvan) but we are going down to win".

Tipp are approaching the championship with a very different team from that which beat Waterford in last year's championship. Colin O'Riordan, who signed a contract to play Australian Rules football with Sydney Swans; and Seamus Kennedy and Steven O'Brien, who were called into the county senior hurling squad left the panel before the start of the National League.

If their departures didn't present enough difficulties Kevin Fahey, Jason Lonergan and Liam Casey will all miss the championship campaign, as they're heading to the United States for the summer.

"To be honest, it's the way the year has gone; one player would have been a hit but it we had lost Colin O'Riordan to The States and kept Steven O'Brien then we'd say fair enough, but we lost the three of them in one go and again we have lost three players in one go and again it is a big hit.

They are young fellas, they have a window of opportunity to go abroad and play football and make a few bob.

I don't know, the GAA maybe have to have a look at it a little bit because they brought in a rule that you couldn't go to The States for qualifiers if you were named on the 26 for the first round of the championship, and this was supposed to keep the players at home.

They got the offer to go abroad and they told me straight away and we made attempts to try and keep them. But it is very difficult when their minds are made up and we have lost three players again so it is a big loss.

From the Tipperary team that played Waterford in the championship last year, we are missing 11 of the 21 that played, 5 of the first 15 and the 6 subs that came on are all unavailable for various reasons so there's a massive change in personnel involved".

Tipp may not be among the favourites for either the provincial or All-Ireland championships but the manager has no doubt that any county would have problems dealing with such a situation.

"The strongest counties in the country would struggle to cope with the losses we had, and in fairness to the players who have represented the county since the start of the year they have done really well, not only to get themselves into contention for promotion but secondly to retain their Division Three status.

I have no doubt that they have prepared as well as they can in the circumstances for the upcoming championship and I expect them to perform when they go down to Waterford".

He feels that players leaving county panels is "something all counties will have to look at, particularly Tipperary because you could have a conundrum there. Do you invest in these players over the course of the league or do you ask them at the start of the league, are you going to be here for the whole term. And if they put up their hand and say they will not be then do you work with those players or just with those that will be there the whole year.

I would have a view on that myself but that is something people will have to take into account".

Has the loss of players affected morale?

“It has been difficult from the very start", says the Kerryman.

“It's not what we had expected with the availability of players and so on. It's frightening to think that there is nearly a panel out there that are capable of playing football for Tipperary but are not available for one reason or another".

Their championship preparations were thrown into further turmoil by injuries sustained by some key players.

“Kevin O'Halloran has barely kicked a ball for us; George Hannigan likewise. We hope both will be available for the championship but they haven't a lot of football played.

Kevin has been unlucky, he had a cartilage problem on his knee and then got a virus, then broke his thumb playing hurling so he just hadn't had a crack at it at all.

George Hannigan has come back from a long time off with a groin problem and hasn't played as much football as we would have liked.

Brian Fox went on his honeymoon and missed the second part of the league campaign.

Ian Fahey is another, he had an operation on the cartilage in his knee, an injury which he carried through the Clonmel Commercials run. He played a few cameos for us but when the league finished he had to have the operation and now we are in a race against time to get him back for the championship".

But with summer football just around the corner Tipp aren't totally without hope and every cloud has a silver lining, including the inclusion of Kilsheelan's Bill Maher in the panel. According to Liam Kearns "he is a very good footballer and is in good shape, is inter-county fit having been in with the hurlers so he is a good plus.

An awful lot of the players that we introduced are capable of competing at an inter-county senior level. If they didn't we would be in serious trouble but the likes of Colm O’Shaughnessy, Jimmy Feehan and Josh Keane (see photos), those three in particular, have been regulars on our team and we needed them to swim if we were going to survive. In fairness to the three of them they have managed to do the business.

Then there are other players such as Alan Moloney and Martin Dunne, who were on the scene a few years ago and have come back and done well also.

Then there are other players getting a look at it for the first time in the panel - John O’Callaghan, Mark Hanley, Donal Lynch and one or two more, they are all contributing and have shown that they are able to compete.

We'll need a bit of luck, we cannot afford injuries to any key players. Other than that they have prepared well, are in good shape going into the game and we will find out more about the new and young players after the Waterford game.

If you look at Waterford's performances in the league they lost three or four games by a kick of a ball. They could be in Division 3, the same as us, if they had turned one or two of them around".

Liam Kearns stepped into the Tipperary hot seat with an abundance of managerial experience on his CV. This included spells in charge of Limerick and Laois as well as guiding Aherlow to the county championship six years ago. Last season he was part of former Tipp boss John Evans' backroom team in Roscommon.

However he admits that his first year in the job hasn't been without its difficulties.

I have enjoyed working with the players and getting as much out of them as we can.

You can't ask anymore than that".