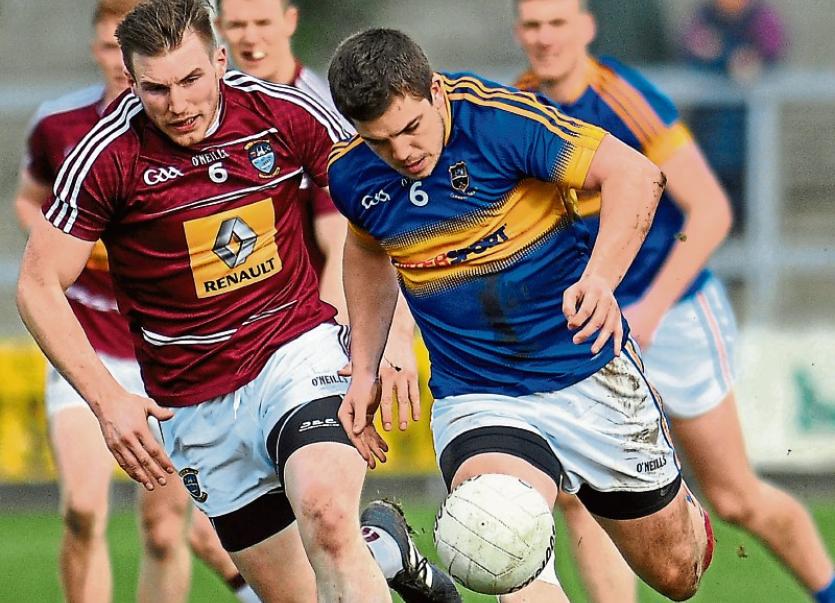 The Munster Senior Football Championship kicks off on Sunday next with Tipperary making the trip across the Comeraghs to Dungarvan for a quarter-final clash with Waterford.

Having avoided each other in the provincial championship between 2003 and 2015, the sides now meet for the second year in a row following last year’s very one-sided encounter in Thurles when Tipperary easily saw off the Decies challenge by 1-24 to 0-5.

However in the intervening 12 months there has been a world of change, particularly in Tipperary football, and it would be very foolish for anyone to expect a similar easy ride for the Premier County in Fraher Field on Sunday next.

New manager Liam Kearns, who replaced Peter Creedon last November, will take control of Tipp for the first time at championship level, knowing full well that anything other than a convincing win will be regarded as a huge setback. As well as having a new manager, the Tipperary panel itself has changed dramatically since last year in Thurles with some key players like Steven O'Brien, Seamus Kennedy, Colin O’Riordan, Paddy Codd, Barry Grogan, Liam Casey, Jason Lonergan, and Ger Mulhaire, who all figured in the corresponding fixture twelve months ago, now unavailable for selection.

A somewhat mixed National Football League Division 3 campaign for Tipperary in which they won only twice, lost twice and drew three times, saw them retain their status on the final day with a draw in Markievicz Park, Sligo. Perhaps the biggest positive of their seven games was a victory in Tipperary Town against Clare, who eventually won the Division 3 final. On the other hand, Tipp suffered an 11-points trouncing against the other promoted team Kildare, in Clonmel, a result which put to bed any illusions they might have held about their ability to compete in Division 2 next year.

Waterford fared even poorer in Division 4 winning only two from seven games, which included a humbling loss in Fraher Field to London - the only game the Exiles managed to win all year. In fairness to Waterford though three of their defeats ( Louth, Wexford and London) were all by just a single point so their position in the league in the end, it could be argued, didn’t truly reflect their real standard

But on Sunday next at 3.30 pm all the above will count for absolutely nothing in the white hot atmosphere of Fraher Field on a Munster Football Championship Day.

“It might appear that Waterford are struggling but it will be a totally different scenario when Tipp visit. The Waterford players are now looking for something to grab on to for this year after their league run and they just love to turn over Tipp in Dungarvan. They know that we can sometimes be fragile down there and they are also smarting from that 22 points defeat in Thurles last year when the game was over very early on. Dungarvan suits Waterford and when the crowd get behind them it creates a whole different atmosphere. The Waterford players know they have to show up on Sunday and they will. They will play with lots of pride because they are smarting somewhat from last year when we caught them in the open space of Thurles” said Tommy.

“The Waterford management team will see Tipperary as an opportunity to get the most from their side and they won’t lack anything in motivation. We wouldn't want to be going there with any airs or graces about ourselves because in championship games with Waterford, whether it is Walsh Park or Fraher Field it will always be tight and it will always be close at the end of the day.”

“Wins over there are rare. I can only remember the one win, the year we came up from Division 4 in 2009. We got the better of them in a league game with a Barry Grogan goal late on. The following week Waterford beat Antrim in Belfast and we beat Wicklow in Ardfinnan to gain promotion. By Waterford beating Antrim they did us a favour and we got promoted. There will be no favours on Sunday though”, the Arravale Rovers man was quick to add.

Reflecting on the side’s league campaign and what Tipp gained or learned from it, Tommy had mixed views.

“Overall and all things considered, I think the management team did well considering the challenges we faced. We were down 11 or 12 key players between absentees and injuries, and we had to blood a lot of players all through trying to rebuild a team and trying to strengthen the bench. We beat Clare who later got promoted and won the final against Kildare. Then we had a tough experience in Clonmel against Kildare. They came having lost the previous week to Sligo and they needed to win in Clonmel to copper fasten promotion. They gave us a bit of a hiding. But the biggest disappointment of all was the game in Longford. It was the game that decided our fate regards promotion. We ran out of legs that day and they knocked us sideways. That was the real disappointment of the league when Longford took our scalp.”

“It was a strange league experience in a way, all teams in Division 3 were beating each other, and we could have ended up with either promotion or relegation on the final day. Division 3 is not an easy one to get out of. But overall I think we performed well as a team, we brought along a lot of new players and we were happy to stay there in the end,” said Tommy.

“Our preparations for Sunday are going well in the circumstances. We have a few carrying injuries, a few soft tissue injuries which you will always get as training intensifies and the championship approaches. Jimmy Feehan has an ankle injury and Robbie Kiely (see inset) is troubled again by his hamstrings but we are hopeful they will be alright and available. Other than that we seem good.

“We have George (Hannigan) back in the reckoning after a long injury and Kevin O’Halloran is also back and playing after his ankle operation, so they are both positives for us. Ciaran McDonald and Colm O’Shaughnessy are going well, Josh Keane is looking the part too, and upfront we have Michael Quinlivan and Conor Sweeney and Kevin O'Halloran. We will be ready for it”, added Tommy.

Finally, in the context of the loss of key players Kevin Fahey, Jason Lonergan and Liam Casey, Tommy went on to somewhat bemoan the “Inter-County Rule” now in existence. The Tipp trio are going to America for the summer for football and because the rule as it presently stands excludes players who have played in the football championship in Ireland from playing championship later in the year in the US, it means that players now won’t play any part in championship games on this side of the Atlantic.

“The rule,” according to Tommy “might have been brought in try and keep players at home for the championship but in effect it is working out the exact opposite in reality,” he concluded.