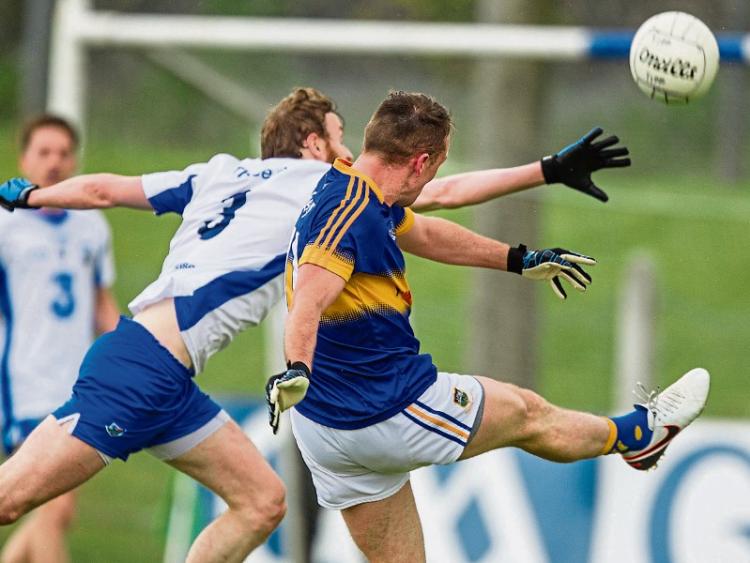 It was very much a case of ‘Mission Accomplished’ for Tipperary senior footballers at Fraher Field, Dungarvan on Sunday afternoon last.

The always expected Munster Championship win against Waterford was duly delivered, but its execution for Tipperary against the Division 4 side was far from convincing. Often laboured and never very pretty as a spectacle, the result was nonetheless a welcome victory for Liam Kearns’ side who, in their defence, were always on a hiding to nothing regarding expectations after last year’s 22-point demolition of the same opposition at the same stage of the competition.

But as the old sporting cliche rightly states, you can only beat what’s put in front of you and Tipp certainly managed to accomplish that. Those who dismiss the merits of a win for Tipperary in a championship game (for the third year running) should reflect on the 11-year famine without a single provincial victory between the years 2003 and 2014. A win is a win is a win, and always welcome in Tipperary football circles.

This triumph sees Tipp progress to the semi-final on Sunday week against Cork at Semple Stadium. It will be a huge step up in class for Tipperary against a side who this year played in Division 1 of the National Football League, even if they were relegated. There was little in Dungarvan on Sunday last to suggest that Tipperary can come anywhere near the close-call they had with Cork in Páirc Uí Chaoimh in 2014. But that’s for to ponder nearer the day.

On Sunday last, on a perfect day for football, Waterford got off to a great start with full-forward Paul Whyte popping over two 30 metre frees within three minutes. The Kilrossanty man made it 0-3 to 0-0 after seven minutes when scoring on the turn from 30 metres to give the home side belief that an upset might be a possibility.

Tipp eventually got up and running shortly afterwards with Michael Quinlivan finishing off with a point following some impressive running from debutant Bill Maher at wing-back.

Maher was again involved in the build up for Tipp’s second point, George Hannigan scoring from 30 metres, before a three-man move involving Hannigan, Philip Austin and Quinlivan saw the Clonmel Commercials man level at 0-3 each on the quarter hour mark.

A vital five minute spell followed with Waterford’s Paul Whyte twice denied goals by Tipperary keeper Evan Comerford, the first save in particular very brave from the Kilsheelan custodian. Had either effort been bagged it might have given the home side the adrenaline surge they craved. As it turned out the resultant 45 from the second save was converted by Whyte to edge his side back in front again.

Tipp, somewhat relieved at their lucky escapes, got the upper hand in the final 15 minutes of the opening half to outscore their opponents 0-5 to 0-2. George Hannigan, just back to competitive action after a long lay-off kicked his second point of the day on 21 minutes for parity at 0-4 each, followed by tit-for-tat points from Gavin Crotty (W) and Tipp captain Peter Acheson to leave the sides locked together.

A late trio of points from play from George Hannigan, Martin Dunne and corner back Colm O’Shaughnessy, to a superb sideline kick for Paul Whyte saw Tipp go in at the break 0-8 to 0-6 to the good.

The second half wasn’t anything as close. Waterford would wait 23 minutes for their first score of the half - a goal from Paul Whyte at which stage Tipp had added 1-6 of their own to lead by 11 points at the zenith of their dominance. Waterford’s only other score of the second period was a point from Tommy Prendergast. They were never going to cause an upset with such a meagre return. Besides the missed goal chances in the first half, they kicked 13 wides on the day, including some dreadful attempts in front of goal. As poor as they were, if they had their shooting boots half laced on the day they might have tested Tipperary far more severely.

A pair of sweetly struck Kevin O’Halloran frees sandwiched a Peter Acheson point inside seven minutes of the restart to give Tipperary the breathing space they needed in the form of a five points cushion.

Disaster then struck for the home side. A nice movement involving Maher, Hannigan and O’Halloran saw a long ball delivered into Michael Quinlivan. For once the full-forward got his fist to the effort which rebounded off the crossbar but the ball ricocheted off an unlucky Waterford defender and into the net. At 1-11 to 0-6 after 47 minutes Tipp’s job of work seemed well on the way to completion.

As space opened up, Tipperary expressed themselves more with their running game and further points from Michael Quinlivan from 45 metres, Peter Acheson on a swivel from 30 metres and Brian Fox, after an excellent Acheson long range pass, had Tipp home and hosed at 1-14 to 0-6 with 12 minutes remaining.

A glimmer of hope then came from nowhere for Waterford. A kick out was fisted on by substitute Joey Veale and Paul Whyte found himself in space to finally beat Evan Comerford for a green flag, a goal well executed but of little real significance to the game.

At the end of the day it was nothing to get excited about for Tipperary but they will take some positives from it and move on to Cork. The return of George Hannigan and Kevin O’Halloran is welcome and the addition of the straight running Bill Maher a big plus. Both wing backs, Maher and Shane Leahy did lots of hard work up and down the sidelines, while Peter Acheson was the main leader throughout. The defence seemed miserly in their concession of just 1-7 but apart from Paul Whyte, Waterford looked toothless upfront.

Waterford gave their all and will regret their many missed chances , especially in the first half, and while they got a lot closer than last year they will know they should have been even closer still.